The Capital Ring Walk is a 78-mile long circular route around London that passes through many of the capital’s lesser known neighbourhoods, divided into 15 smaller sections. This post follows on from my previous account of Sections 2 and 3, running from Falconwood to Crystal Palace.

Summer 2016 seemed to go by in a flash. It was nearing the end of September by the time we picked up the trail of the Capital Ring again, more than a year since we'd last walked a section. We made the long journey across London to Crystal Palace under an indecisive sky, promising sunshine but threatening showers. We hadn't been walking very long when the clouds opened up, a short sharp shower that sent us running for cover. We ducked into a garden centre just outside Westow Park while we waited for the rain to clear, and perused the displays of pot plants and water-damaged wrapping paper. 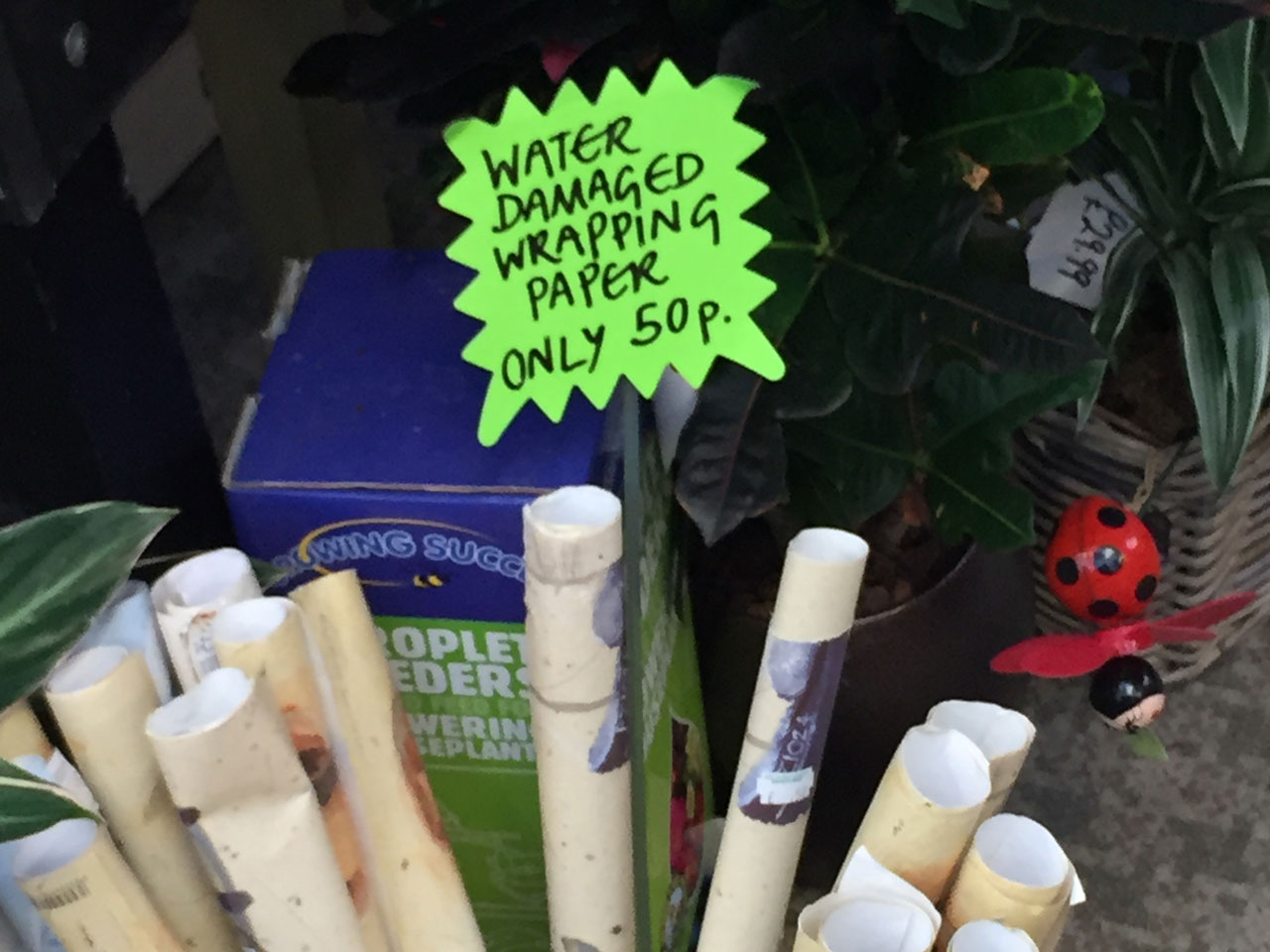 Westow Park led into the larger green expanse of Upper Norwood Recreation Ground, an unremarkable but pleasant enough park where the trees were shedding orange and brown leaves along the path, and conkers rolled about underfoot. This was the first time we'd walked a section of the Capital Ring this late in the year. By the time we reached the other side of the park the sky had completely cleared, and it was suddenly a warm and sunny day with barely a cloud to be seen. 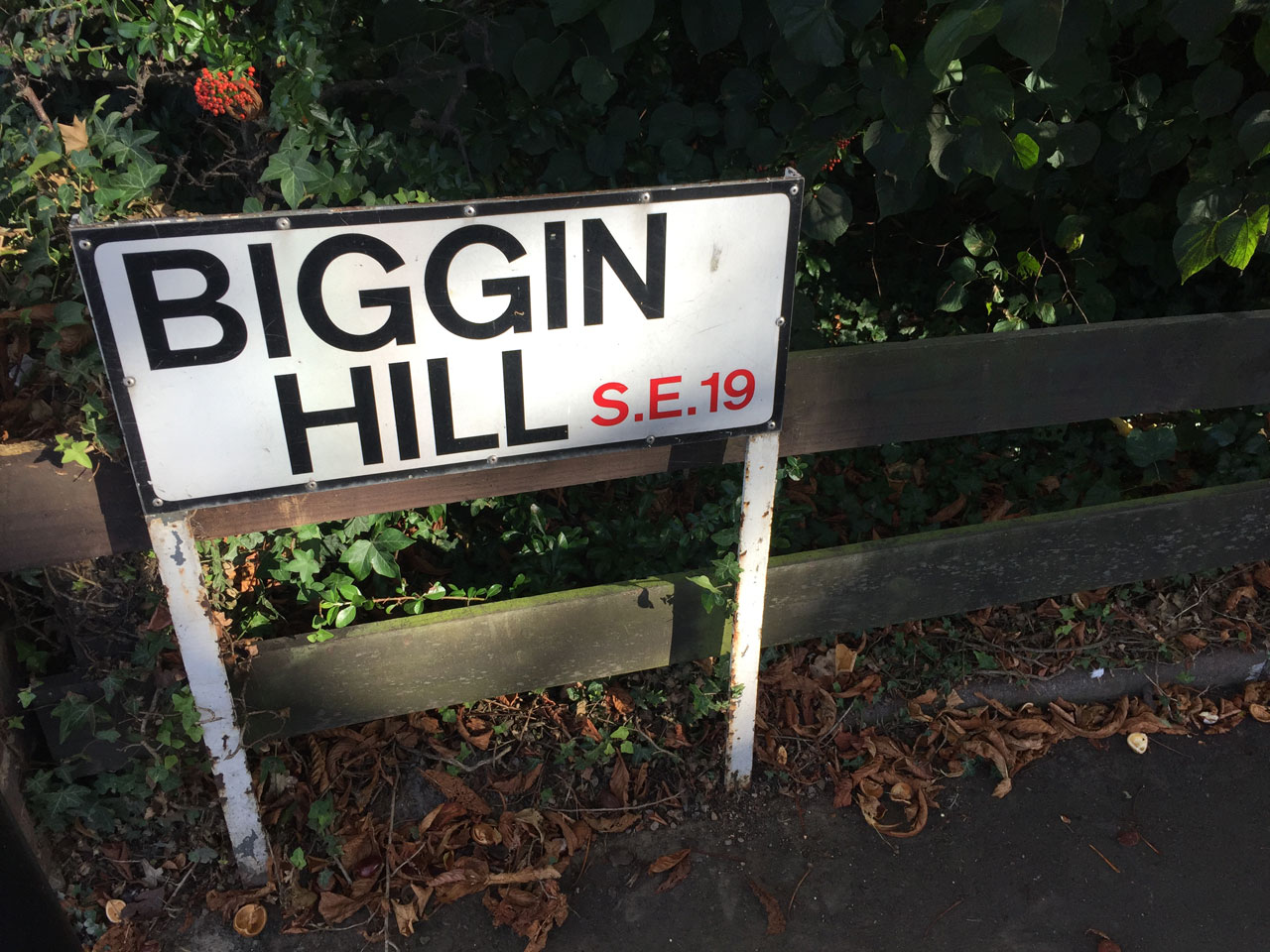 We trundled down Biggin Hill, past a row of allotments, and the clear conditions afforded us a great view out towards the gentle undulation of the North Downs on the horizon. We left the road and walked down a path past some tennis courts, and we stopped to eat a doughnut before pushing on into Biggin Hill Wood, a small remnant of the Great North Wood that once covered this area. 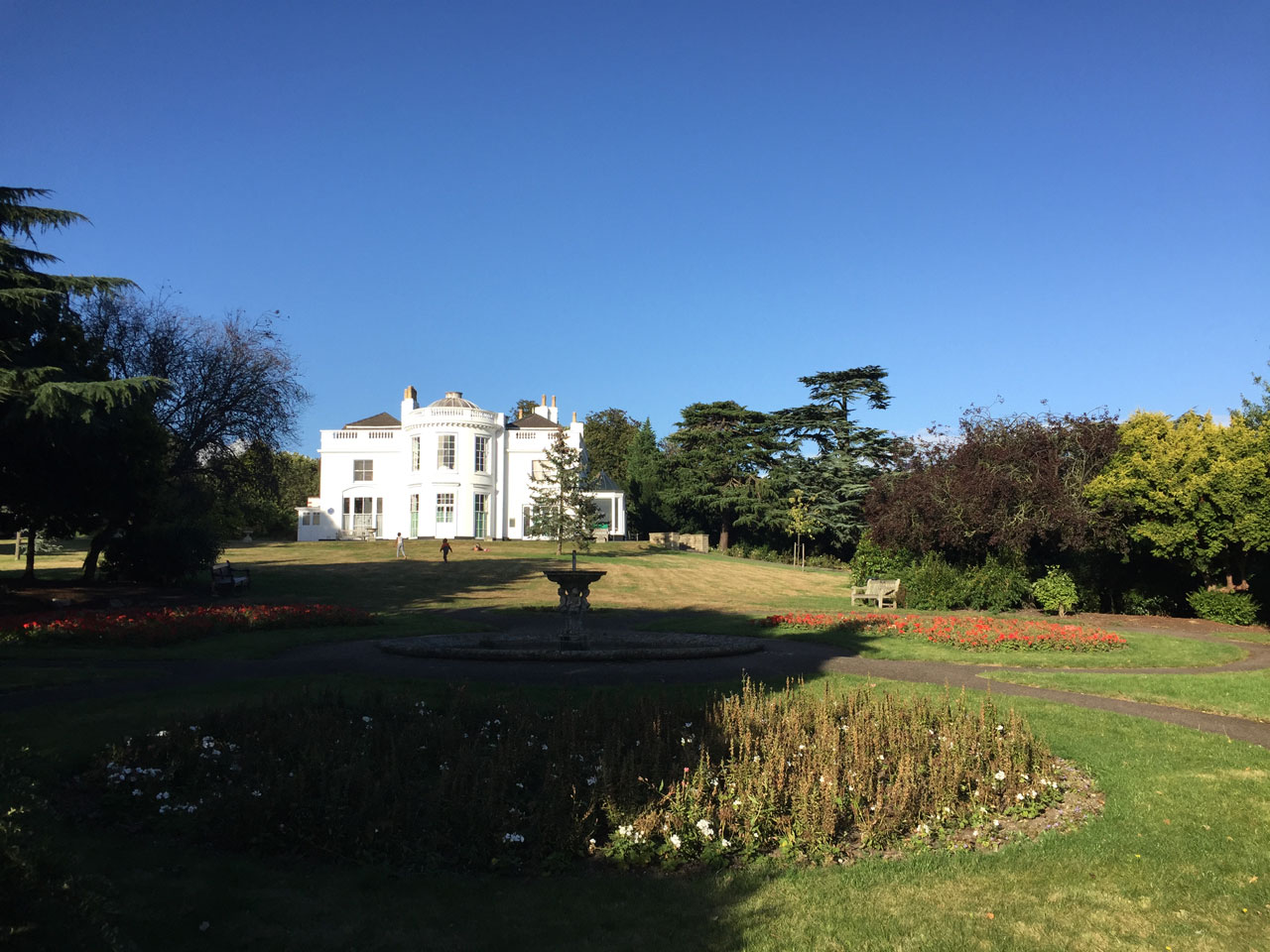 We soon reached Norwood Grove, a Grade II listed mansion surrounded by a rambling park. The mansion was built by a chap named Arthur Anderson in the 1840s, one of the founders of the Peninsular and Oriental Steam Navigation Company, better known as P&O. Nowadays the building is owned by Croydon Council. 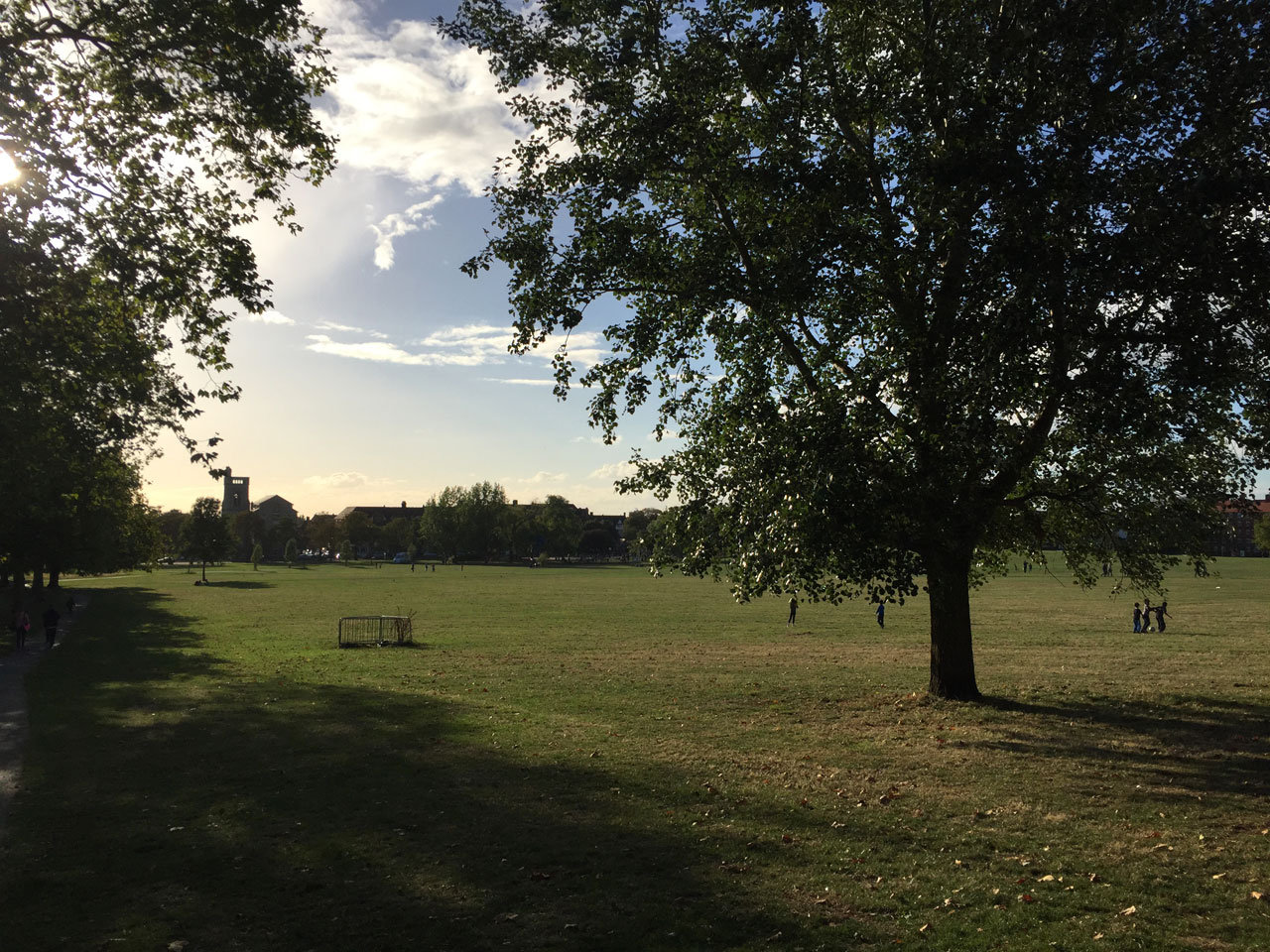 This section of the Capital Ring Walk is fairly short at just four miles, and ends at Streatham Common. We sat down on the grass, bathed in the warmth of a now gloriously sunny afternoon, and reflected on the fact that we were now over half way round the Capital Ring, three years into the endeavour.

The last vestiges of summer were gone by the time we returned to the Capital Ring, picking up the trail again in Streatham a few weeks later. We'd set off a little late in the day, and the sun was already low in the pastel blue sky. From Streatham Common station we followed the railway line north, and emerged from an underpass next to an ornate, Moorish-looking building that sat incongruously amongst traffic cones and JCBs. 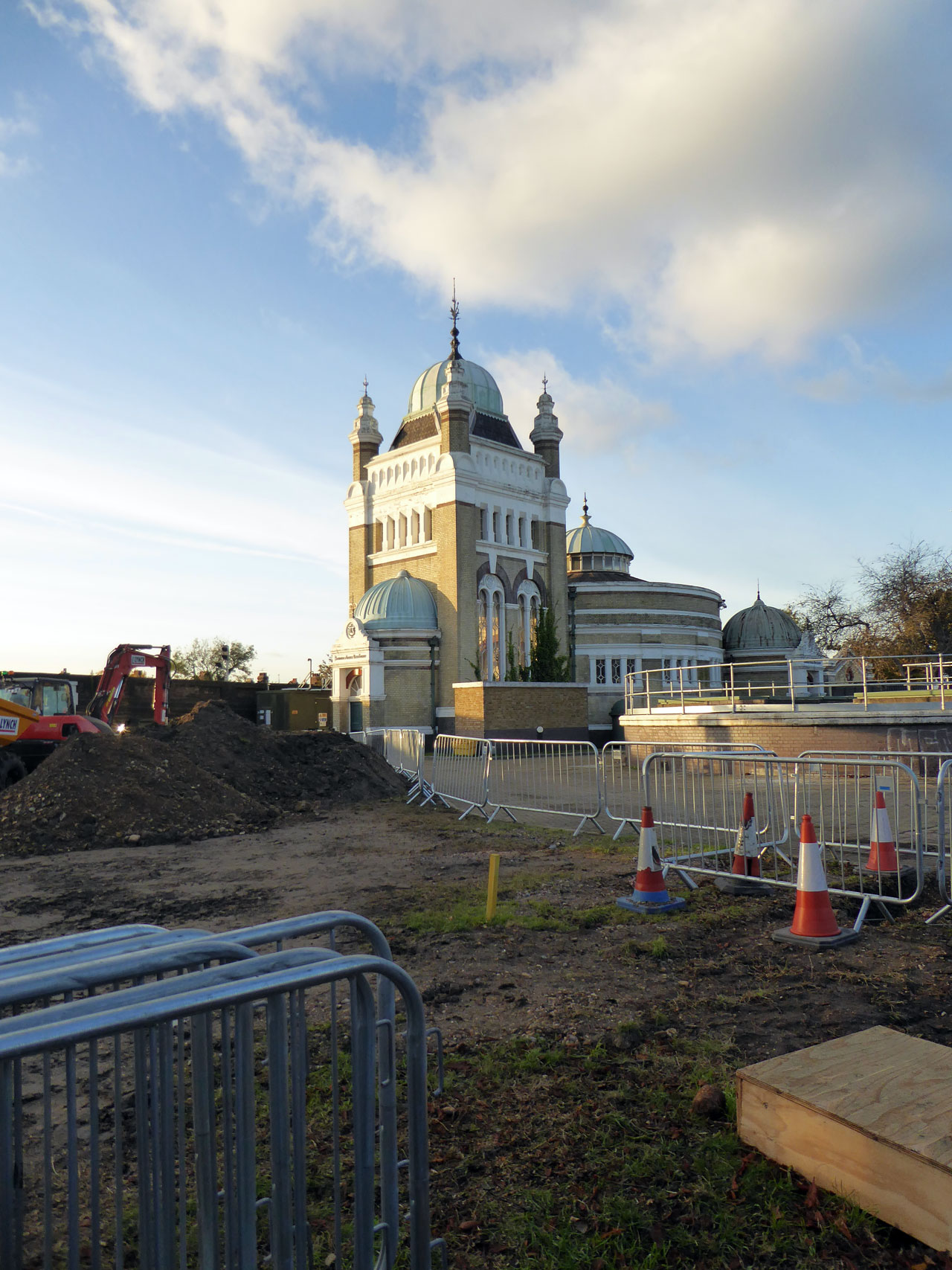 It looked like a mosque, but in fact it was the Streatham Common Pumping Station, built in 1888, the same era that produced the equally elaborate Abbey Mills Pumping Station that we'd seen on Section 14 of the Capital Ring. It's easy to feel nostalgic for a time when such a flight of whimsy could be bestowed upon something as functional as a pumping station, and to bemoan the state of modern architecture by comparison. But these buildings also represent the high watermark of British imperial power, and stand as a reminder of how much the world has changed since they were built. 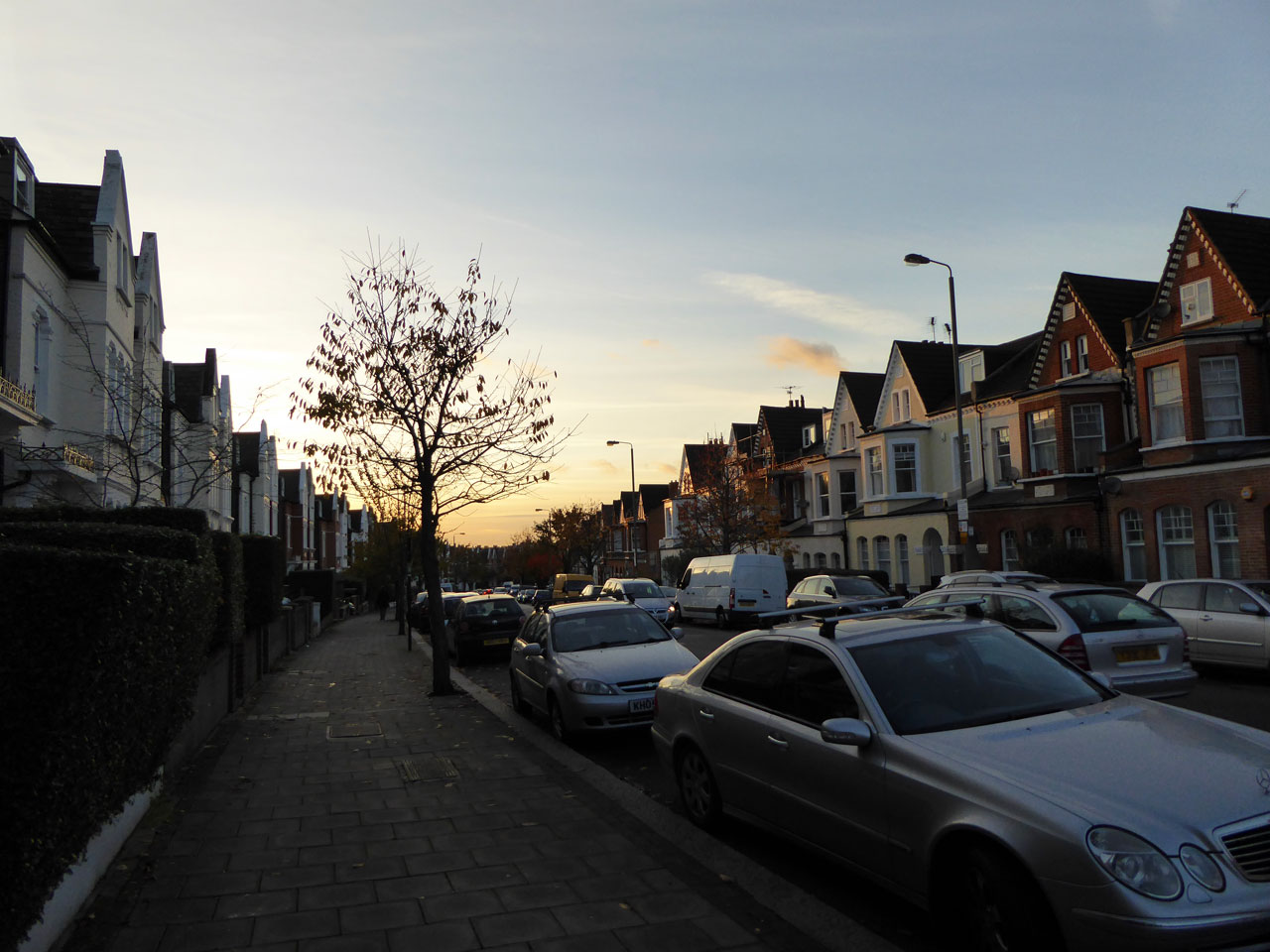 We kicked through piles of autumn leaves as we crossed Tooting Bec Common, which was full of couples walking dogs and kids playing football. After many miles of following the Capital Ring through areas that had been terra incognita to us - essentially everything on the route since Stratford - we were now entering a part of London that was a little more familiar. After leaving the park we walked along Ritherdon Road, with the sun setting over the elegant Victorian terraces. This street is part of the Heaver Estate, named after the ambitious house builder Alfred Heaver. Construction began here in 1888, the same year that the pumping station was built, and nowadays the Estate is a conservation area where houses frequently sell for £2 million or more. 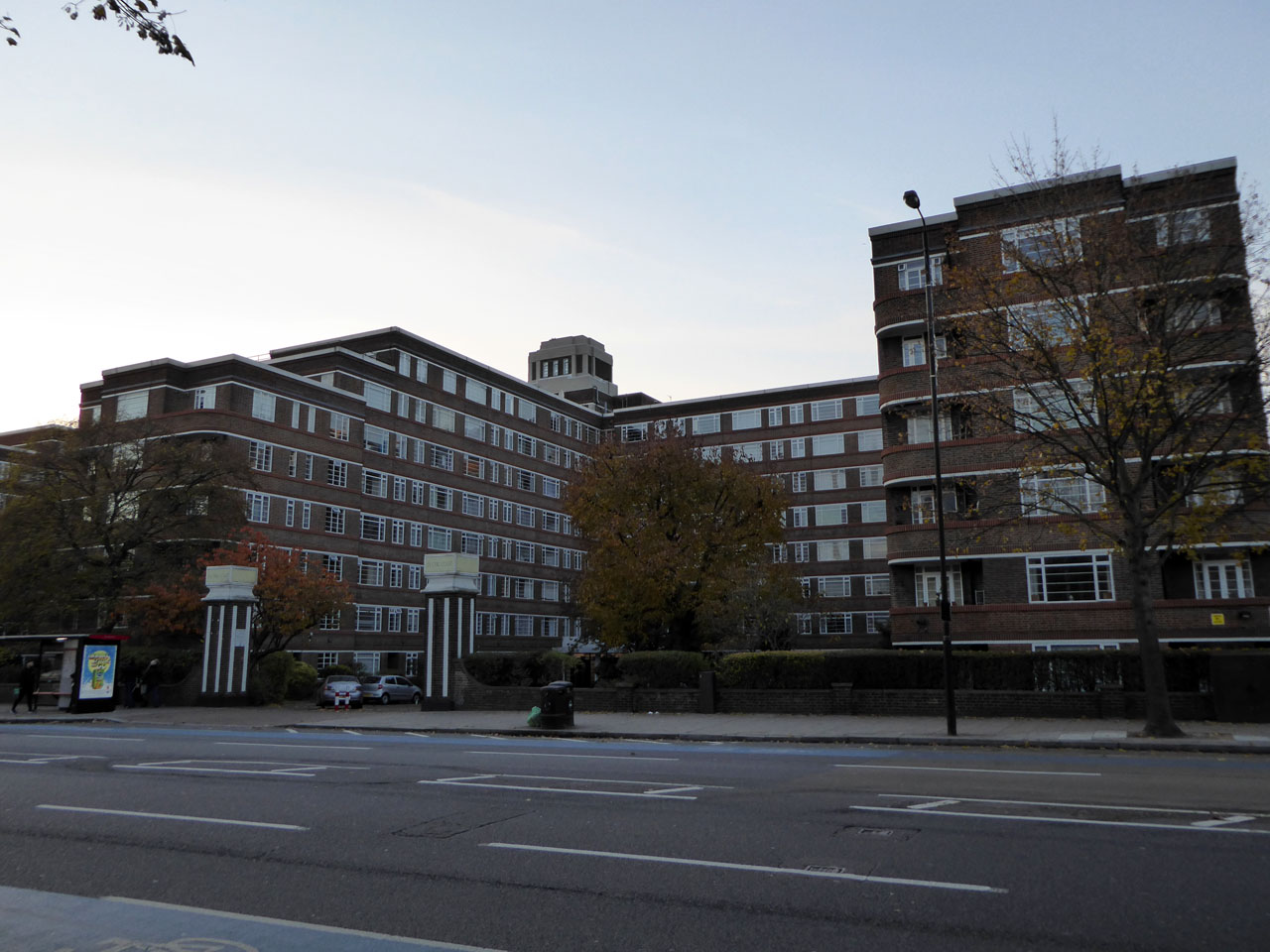 Our route then intersected with Balham High Road, where we were confronted by the hulking presence of Du Cane Court, a huge block of flats built in the Art Deco style in the 1930s. Various legends swirl around this building; supposedly it was used as a navigational aid by Luftwaffe bombing raids, and was designated as a potential military headquarters for the Nazis following a successful invasion of Britain. Scenes from Poirot were also filmed here.

We crossed the High Road and pressed on past the flats, into a darkening Wandsworth Common. There were still plenty of dog walkers out and about as we marched past the lake, where swans and moorhens drifted in the waning lilac of the evening. It would have been a nice spot to dawdle, but we still had a way to go and night was closing in. 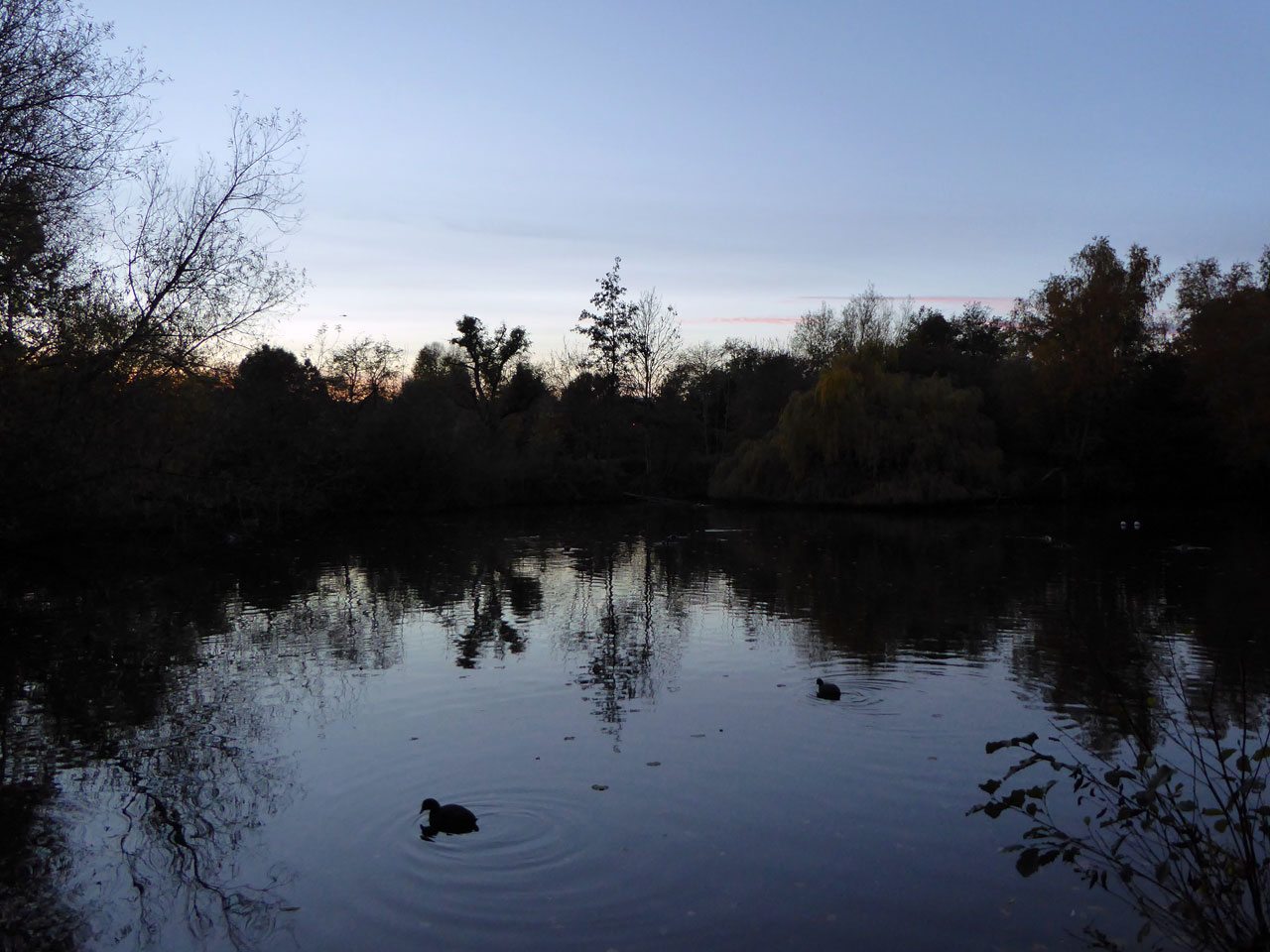 We passed another grand old Victorian building, Wandsworth Prison, then followed a long and mostly deserted street past Wandsworth Cemetery. Our route took us briefly through Earlsfield, one of those areas of London that you're unlikely to have heard of unless you live there, and we crossed the sad trickle of the river Wandle, after which Wandsworth is named. It was now dark and we got briefly lost, walking a wholly unnecessary circuit of a deserted park. Eventually we found our way out and emerged opposite the bulging minarets of Wimbledon Mosque, the last point of interest on this section of the Capital Ring. There was a pleasing symmetry with the pumping station at the beginning of the walk, two little islands of Eastern exuberance amongst the leafy parks and Victorian terraces of south west London.

It was a crisp and ruddy-cheeked Friday afternoon, the last weekend before Christmas, and Ghent was glowing with that cosy chocolate box cheer that British cities are never quite able to replicate. It

Although it might not be the first place that springs to mind when you're out shopping for a full-bodied red, there is compelling evidence that Georgia is the birthplace of wine. People have