It’s probably fair to say that most people arrive in Tirana with low expectations. Dismissed by many guidebooks as dusty and dilapidated, with little in the way of tourist sights, the Albanian capital still struggles with something of an image problem. The chaotic mishmash of communist-era apartment blocks, rusting warehouses and ugly office towers that greets you on the way into the city does nothing to dispel those preconceptions, and even the [brightly coloured façades](http://blog.ted.com/2013/02/08/9-views-of-tirana-albania-with-its-bright-multicolored-building/" target="_blank) which Tirana became known for in the early 2000s are now fading, bleached by the blistering Balkan sun. 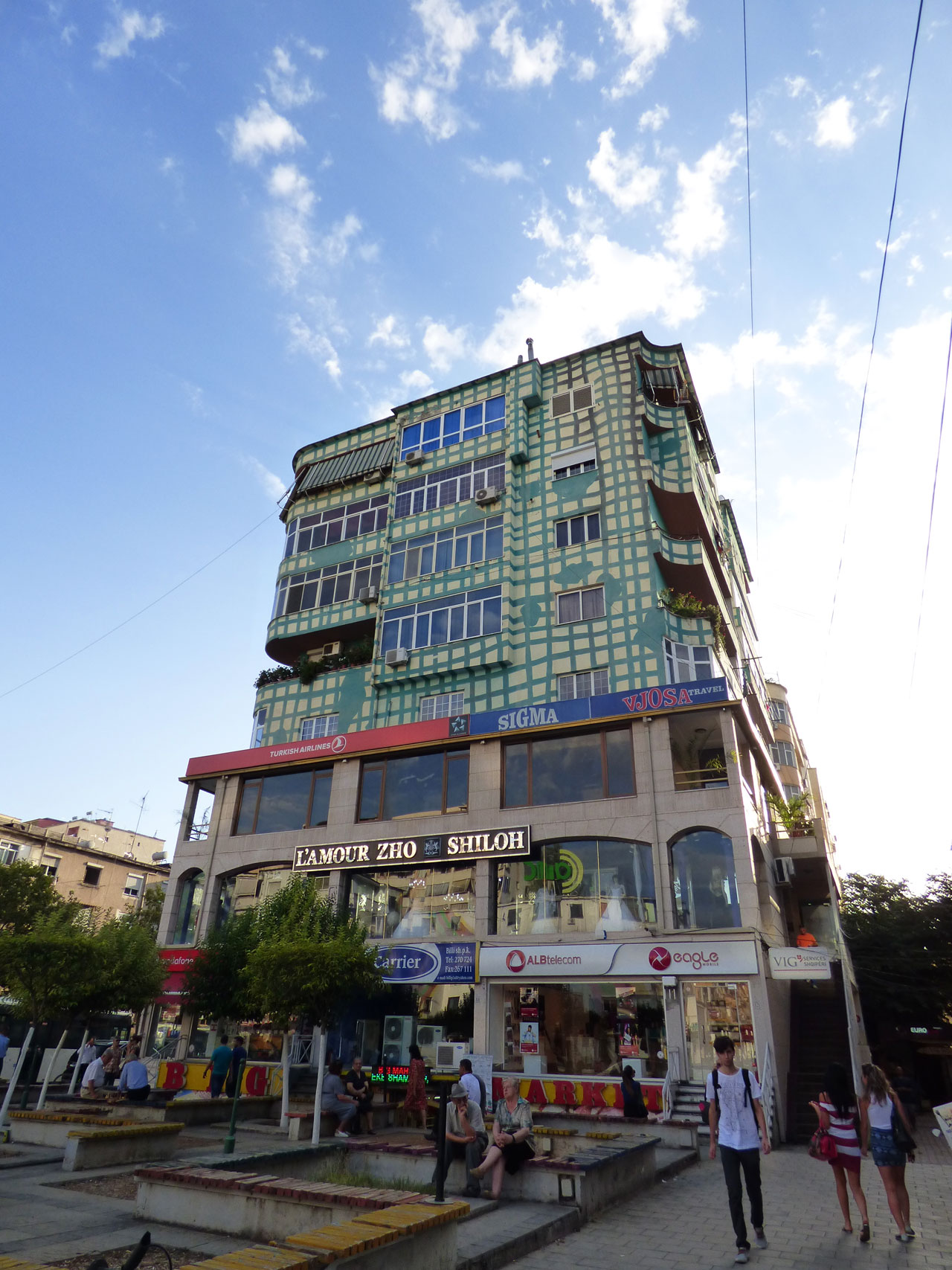 Yet once you get used to the crazy traffic, the curious glances from locals not used to seeing tourists, and the many other idiosyncrasies of life in Albania, Tirana begins to reveal itself as an enthralling city that is both rich in history and buzzing with a new-found energy. The city centre is small and easily walkable, radiating out from the main square, Sheshi Skënderbej, where a statue of Albania’s national hero, the eponymous Skanderbeg, sits astride a horse amidst a wide expanse of grass. The square is also home to the most notable of Tirana’s surviving Ottoman buildings, the old clock tower and the Et’hem Bey mosque. The mosque was one of the few religious buildings to survive after Enver Hoxha, the former dictator, declared Albania the world’s first officially atheist country in 1967. Today it’s reckoned that around 70% of the population is Muslim, though the majority aren’t practising, and it still feels like a very secular country. 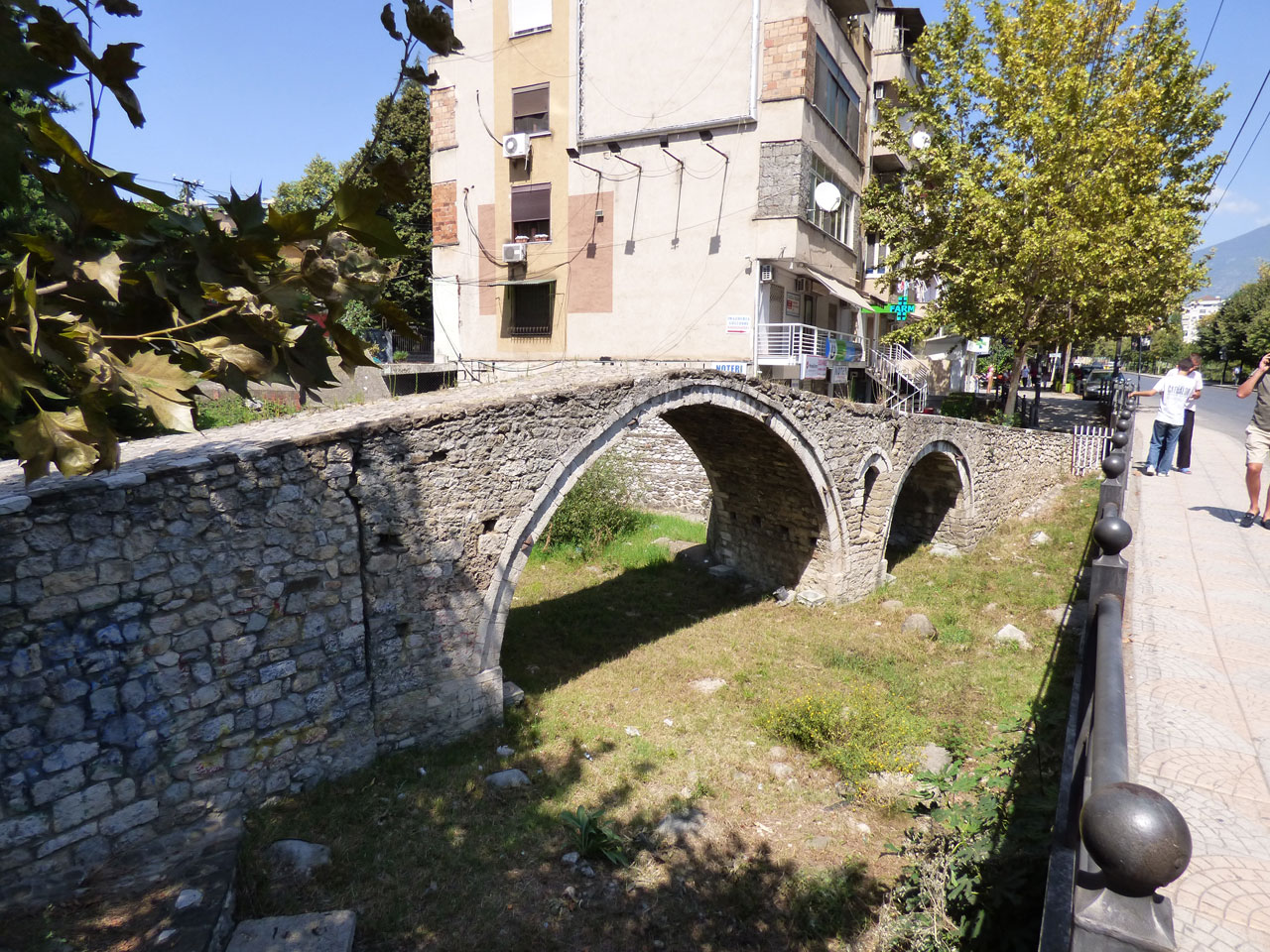 Although there are other reminders of Tirana’s Ottoman past, such as the stone Tanners’ Bridge, which sits incongruously next to an apartment block on a street named after George W. Bush, it’s the twentieth century that has left by far the most visible mark on the modern city. Government buildings decorated in pastel pomegranate and ochre hues are clustered around the southern side of the square, from where a broad boulevard laid out when Albania was occupied by fascist Italy leads down to perhaps Tirana’s most infamous landmark, the Pyramid. 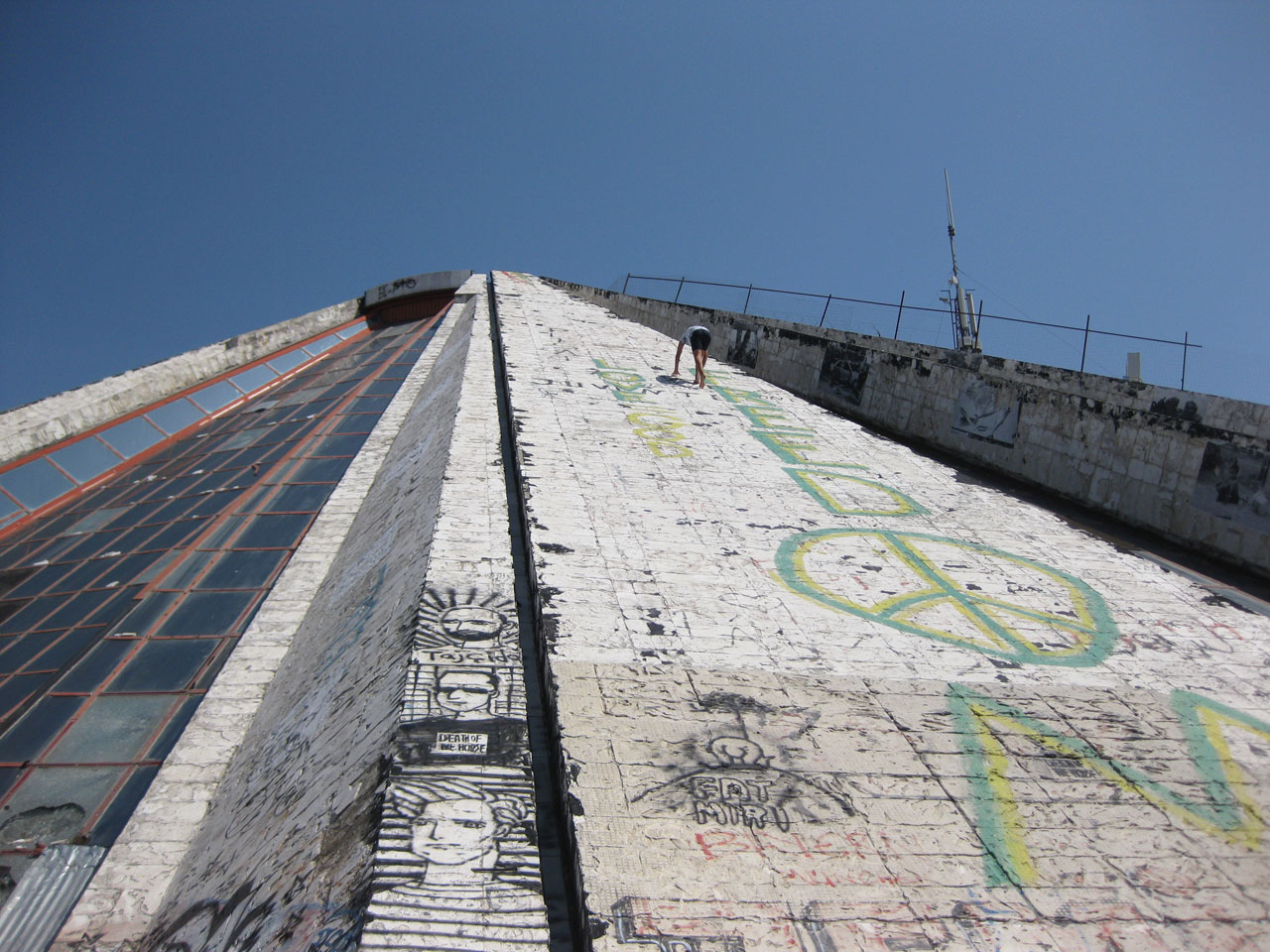 This colossally grotesque building was designed by Hoxha’s daughter and son-in-law, originally conceived as a museum to commemorate the dictator after his death in 1985. It later became a conference centre, and was used by NATO as a humanitarian base during the conflict in Kosovo. Now it sits in a state of disrepair, having been left to slowly decay while arguments rage over whether to knock it down. During our stay in Tirana the Pyramid was housing a temporary art exhibition, bringing together work by artists from around the Balkans, so we were able to have a look around the innards of this concrete and glass monstrosity. The air inside was thick with the smell of damp and dust, bunches of old wires and pipes hung limply from the ceiling, and the whole edifice seemed to retain an air of malevolence and oppression. Many of the artworks on display had a correspondingly dark, unsettling air to them, which was only amplified by the setting. 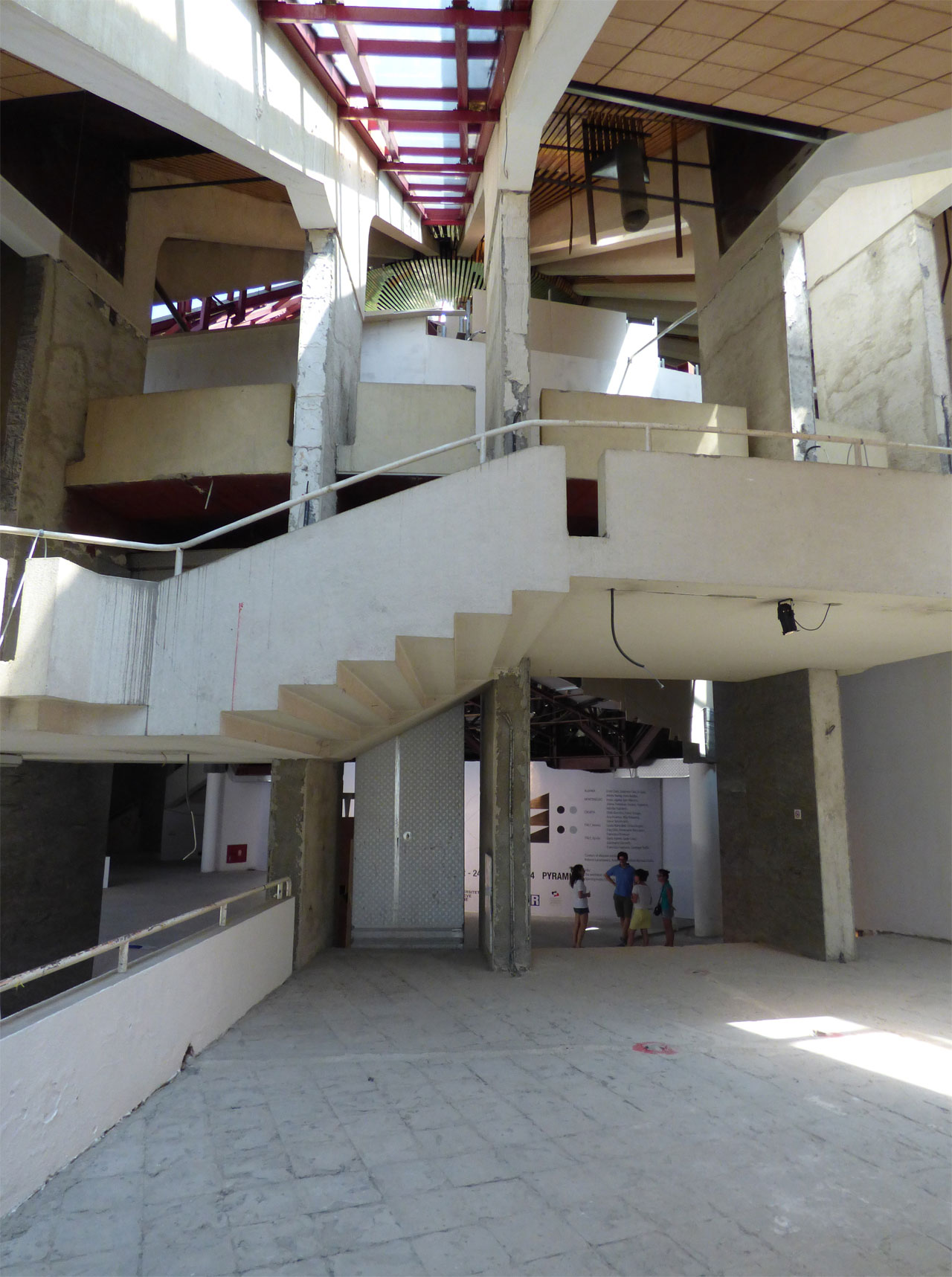 We hoped to learn more about the Hoxha regime at the National Historical Museum, which is still adorned with a huge communist-era mural, but unfortunately it was covered in scaffolding and closed for repairs. Instead we visited the National Gallery, home to an impressive collection of socialist realist art documenting the struggle of the Albanian partisans against the Nazis, and portraying Hoxha’s Albania as a worker’s utopia. The reality was that Hoxha, who was something of an ideological puritan, became steadily more detached from the other communist states, severing ties first with the Yugoslavs, and later the Soviet Union. At the end of the 1970s relations with Albania’s last remaining ally, Maoist China, also unravelled, and the country was left completely isolated. 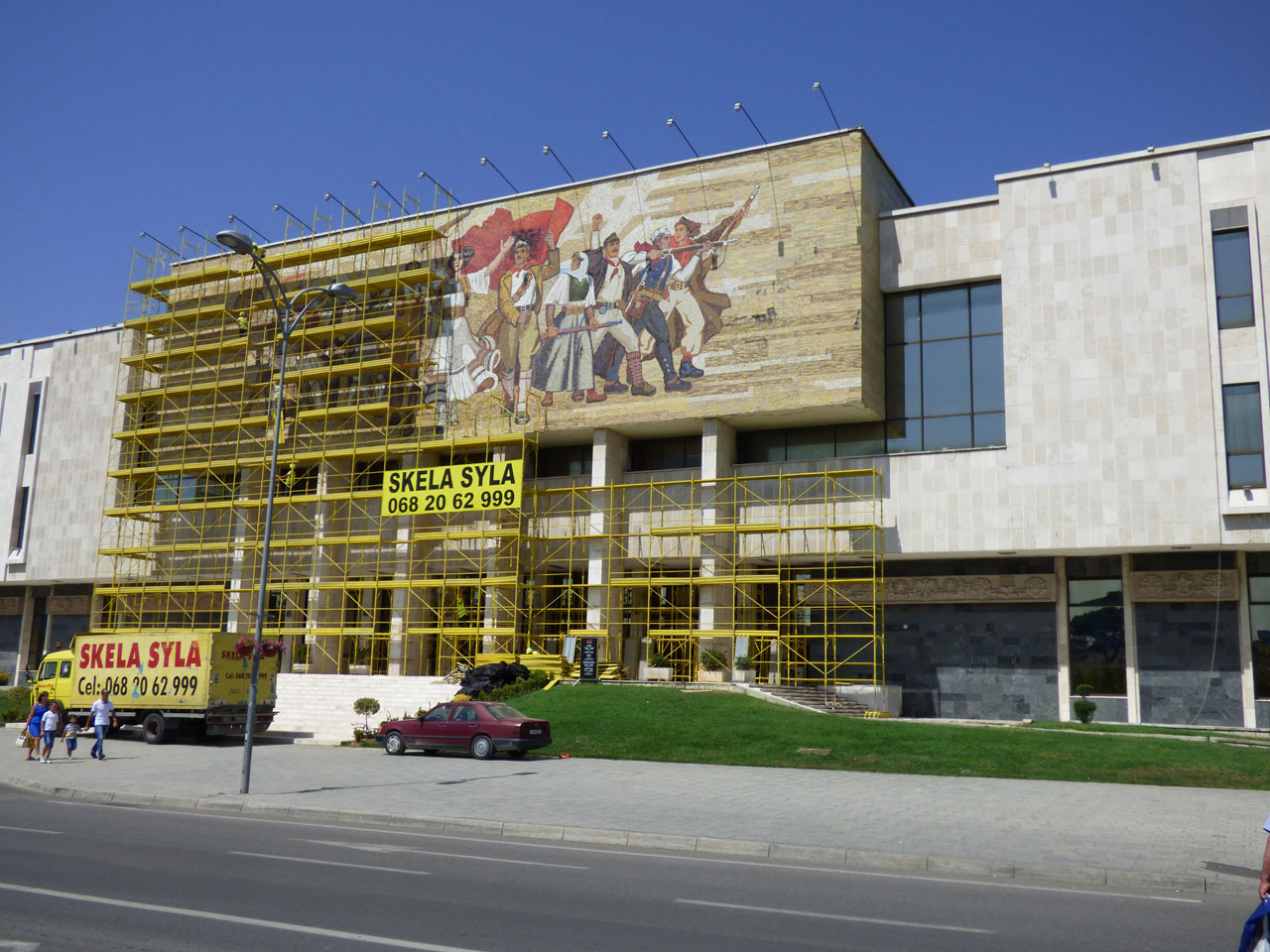 One afternoon we took the scenic cable car ride up to Mount Dajti, a national park that looks back across the city towards the Adriatic. We went for a walk around the top of the mountain and came across a row of concrete bunkers lurking amongst the woods, overgrown but still largely intact, and picked our way through nettles and brambles to have a closer look. These mushroom-like structures linger on from the days when Hoxha had an astonishing 700,000 of the things built all over the country. He was terrified of an American invasion that never came, and wasted vast sums of money on the construction of these little one man defence posts. When you’re stood right next to one you realise just how small they are, big enough for a solitary occupant, maybe two at a push. These bunkers, perhaps more than anything else, epitomise the paranoia and isolation of the Hoxha regime. 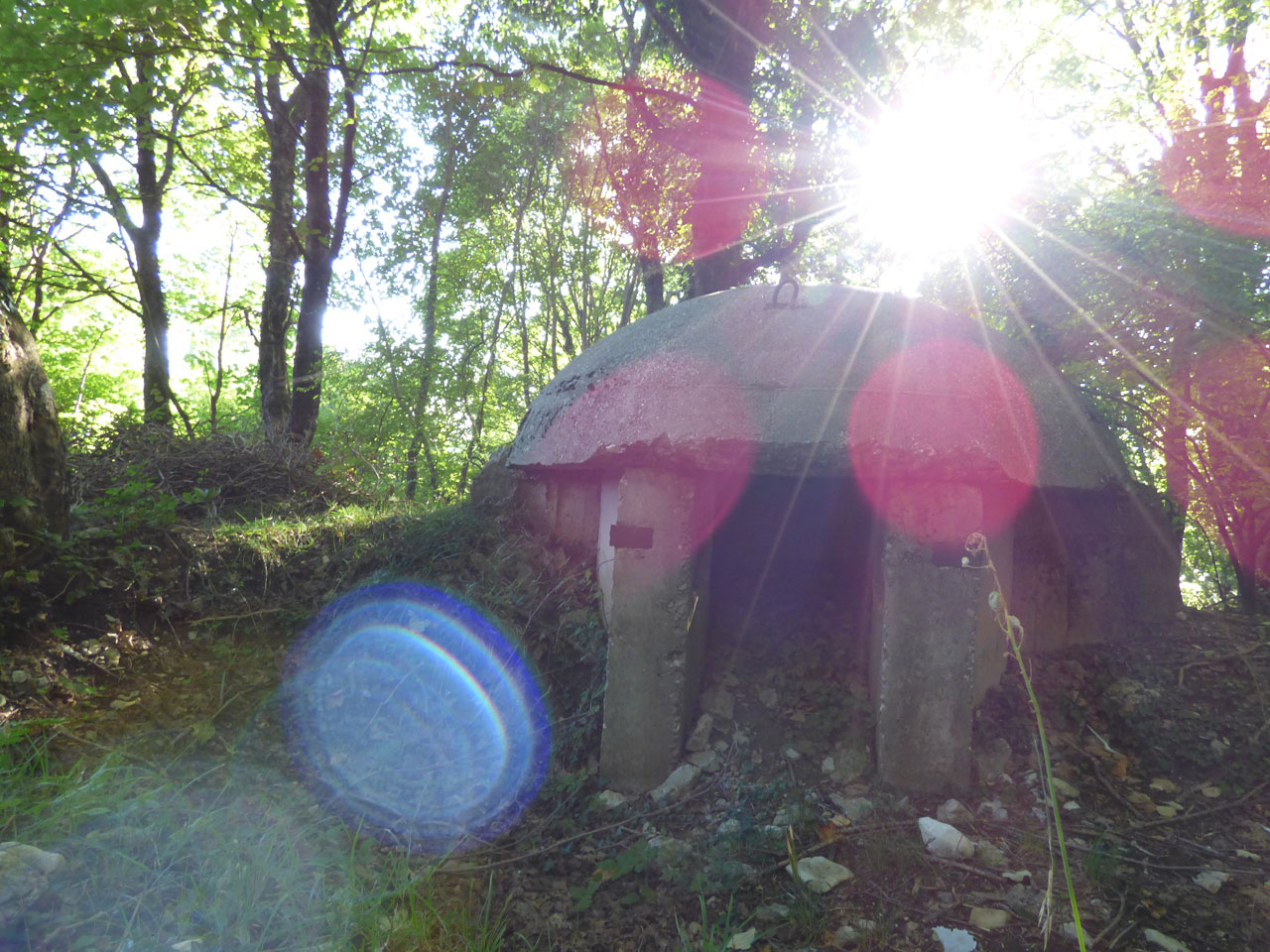 It’s easy as a tourist in Albania to be fixated on the past, but this is a forward-looking country that is fast catching up with the rest of Europe. Nowhere symbolises the vitality of modern Albania more than the Blloku, the area of central Tirana where the Party officials used to live and which was completely closed off to the general public. Nowadays the Blloku is the centre of Tirana’s lively nightlife, full of quirky bars that reminded me a little of Budapest. Another surprise was the quality of the food in Albania, although it does pay to do a bit of research beforehand: one evening we ended up having dinner in a ‘seafood restaurant’ that looked suspiciously like a chip shop, while another night we ate at a fake castle in the middle of a park (don’t ask) where I somehow managed to order myself a child’s meal. 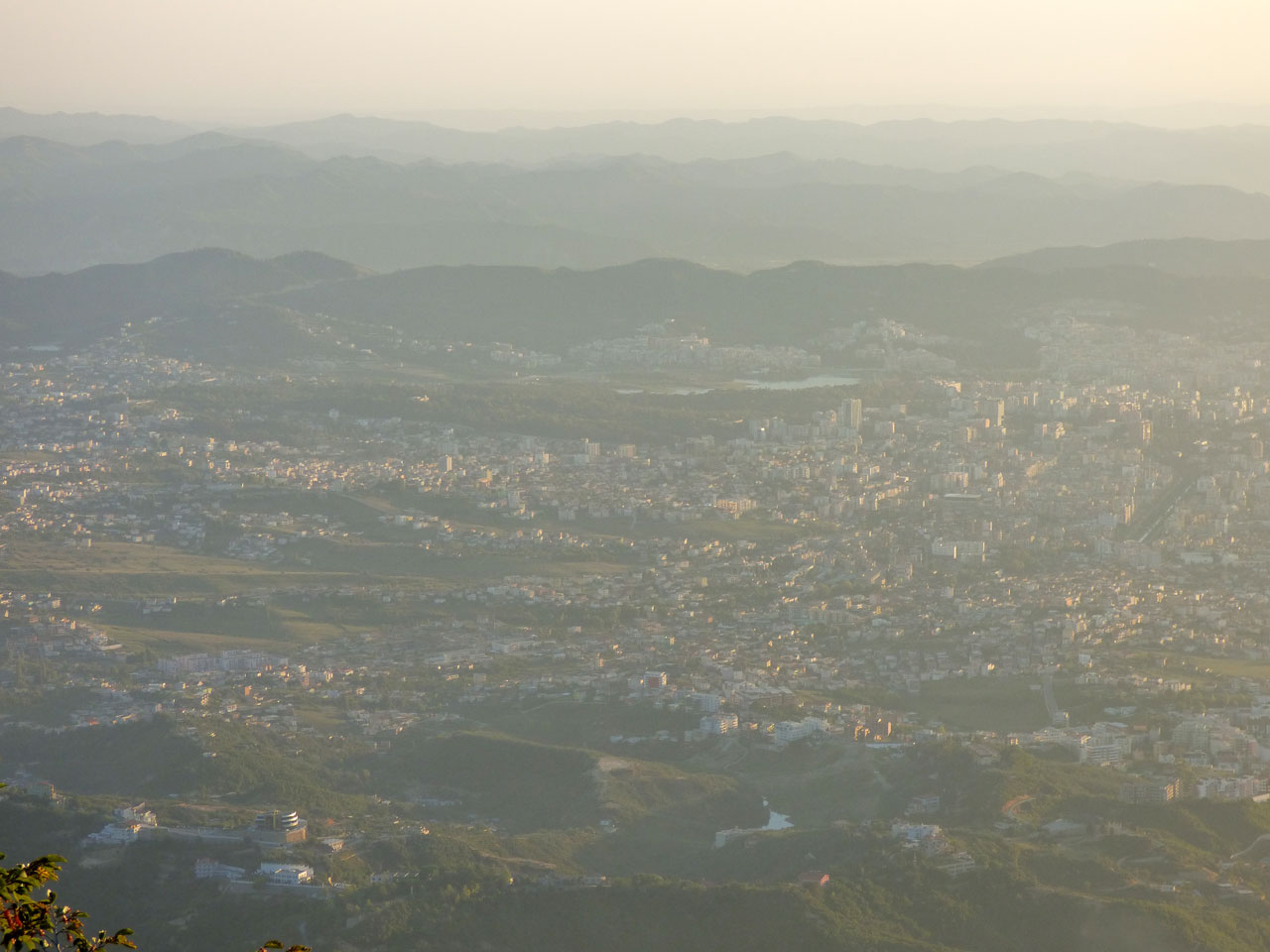 Tirana is in many ways the perfect introduction to Albania: rough around the edges, often rather surreal and confusing, but full of pleasant surprises and certainly never dull. Although the city and surrounding countryside are frequently marred by the same jarring manifestations of turbo-charged capitalism that you see in developing countries the world over – the motorways flanked by never-ending car dealerships and furniture showrooms, the explosion of litter, the poverty of those left behind – Albania seems like a country with a bright future, and there will perhaps never be a more interesting time to visit than right now, as the country bridges the gap between past and present.

Our host, Salvatore, beckoned us inside with a theatrical flourish, and welcomed us to his self-proclaimed Sultanate in the heart of Palermo. Exuding eccentricity, with wild, fuzzy hair and a pointy beard, he

Although the last week of January is perhaps a little late for a ‘Best of 2014’ article, I nevertheless thought I’d share a selection of the best travel books that I read