Albania is a fascinating place, quite unlike anywhere else I’ve been in Europe. Having suffered years of isolation and hardship under a particularly harsh dictatorship, nowadays this friendly country is rapidly developing and can often feel like a nation struggling to keep up with its own progress. The tourist industry is still in its infancy, with a fairly limited infrastructure and not much in the way of an established travellers’ trail, which is, of course, a big part of its appeal. I spent some time backpacking in Albania in summer 2014 as part of a longer trip around the Balkans, so I thought I’d share a few tips based on my experiences…

1. Patience is a virtue
Anyone who’s spent any time travelling around the Balkans on public transport will know that bus timetables in this part of the world are more of a guideline than a definitive schedule, and this is particularly true in Albania. Buses and furgons (see #5 below) will often wait until they’re full before setting off, and you can expect a stop-start journey with passengers hopping on and off at regular intervals. On the longer routes you might also find your progress is slowed by regular toilet stops and cigarette breaks, or even, as happened to us, a quick hose down by a shirtless man with a jet washer. There’s not a lot you can do to speed things up, so your best bet is to remain patient, relax and enjoy the views of the stunning Albanian countryside. 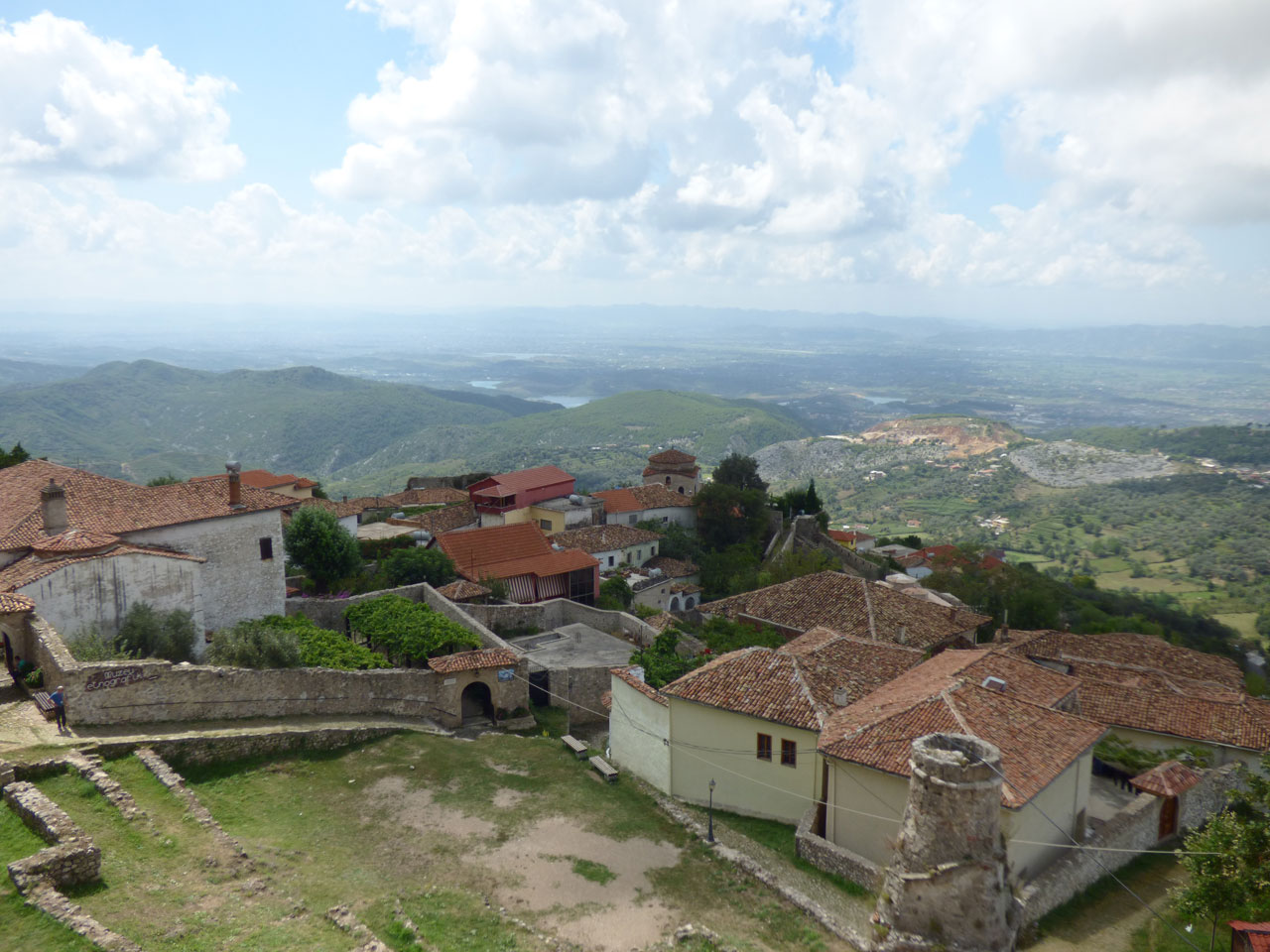 2. The language barrier
Albanian is not related to any other modern European language, which means that there is little in the way of recognisable vocabulary. I always make the effort to learn a few words of the local language where I’m travelling, and in Albania I managed to get my head round ‘hello’ (përshëndetje), ‘thank you’ (faleminderit) and ‘goodbye’ (mirupafshim); beyond that, however, communication was tricky, particularly with the older generations who don’t tend to speak English. If you can’t make yourself understood in English it’s worth trying some Italian, which is widely spoken thanks to Albania’s historic links with her neighbour across the Adriatic. I also found myself being interrogated in French in Tirana, and later trying to make conversation in German with a taxi driver in [Shkodër](GHOST_URL/shkoder-goodbye-albania" target="_blank), so the more languages you can speak, the better your chances of being understood. 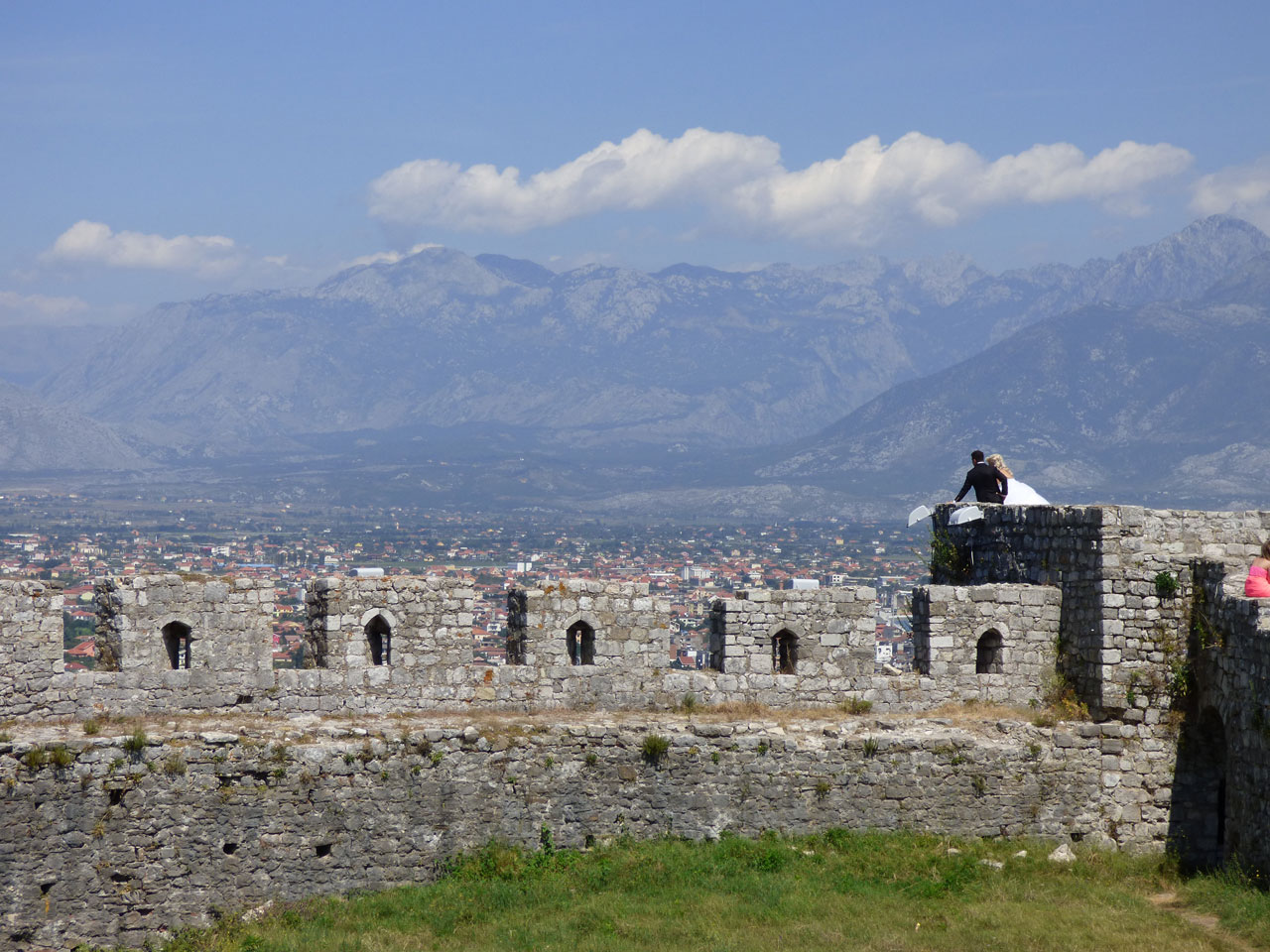 3. When yes means no
One night in [Tirana](GHOST_URL/welcome-to-tirana/" target="_blank) we were trying to find a restaurant that had been recommended to us, and the route took us through a fairly sketchy-looking block of apartments into what looked like a building site on the edge of a park. There was no sign of the restaurant, so we asked an old man who spoke no English for directions. He shook his head from side to side while talking rapidly in unintelligible Albanian, pointing back the way we had come. It was only later that we remembered that Albanians shake their head for ‘yes’ and nod for ‘no’, and that he was actually telling us that he knew exactly where the restaurant was. To make matters even more confusing, some Albanians are now aware of the fact that it’s the other way round in the West, and will nod for ‘yes’ and shake their head for ‘no’ if they know you’re a tourist! 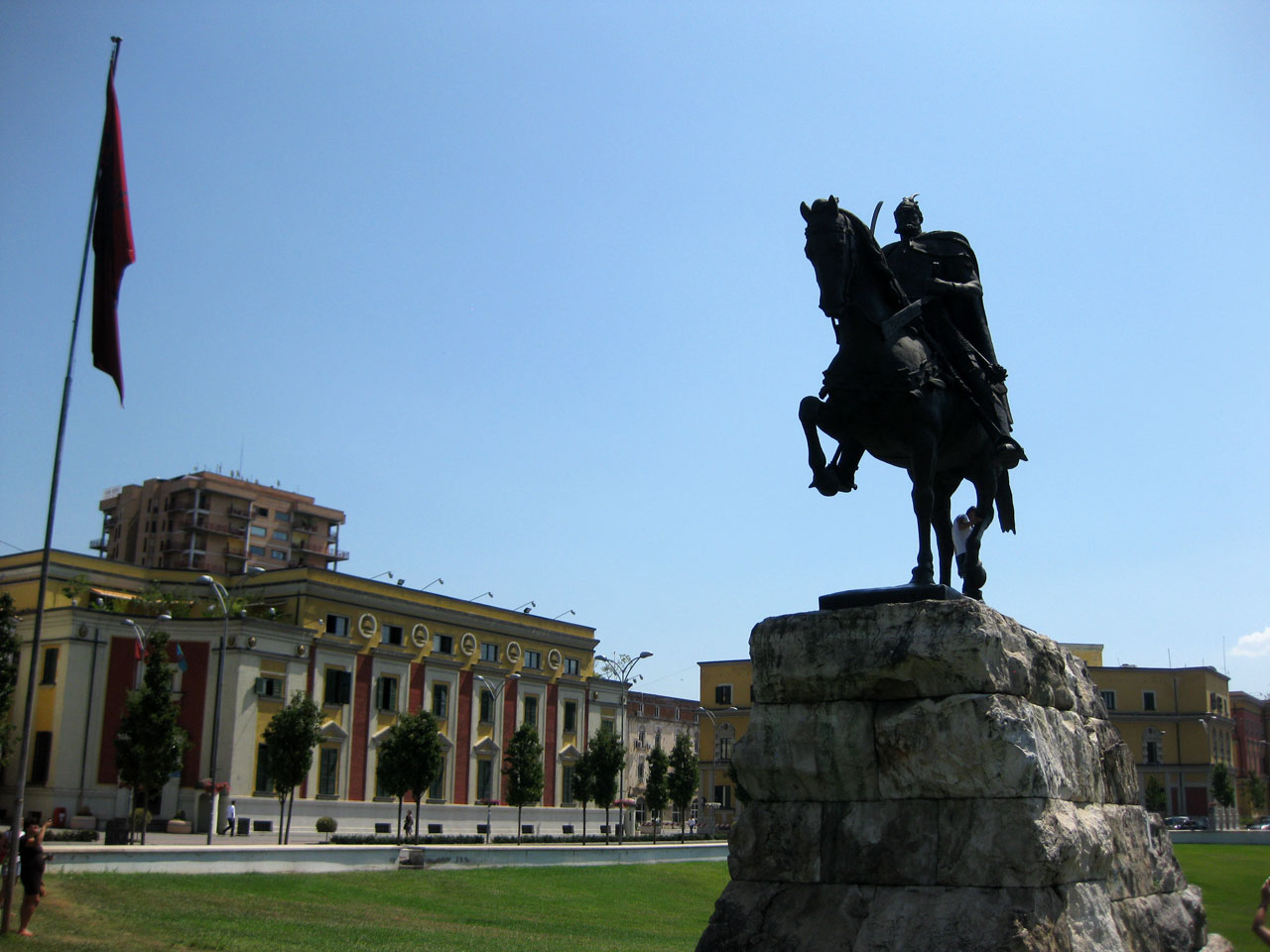 4. Hoxha’s revenge
Enver Hoxha was the ruthless dictator who ruled Albania between 1944 – 1985, and the locals refer to the country’s tap water as ‘Hoxha’s revenge’, since it can make you very ill if you drink it. It’s really not worth taking any chances, so stick to bottled water, or take advantage of the cheap beer; Korça is a particularly refreshing brew, perfect for a sweltering summer day, and will generally cost you less than £1 a pint. 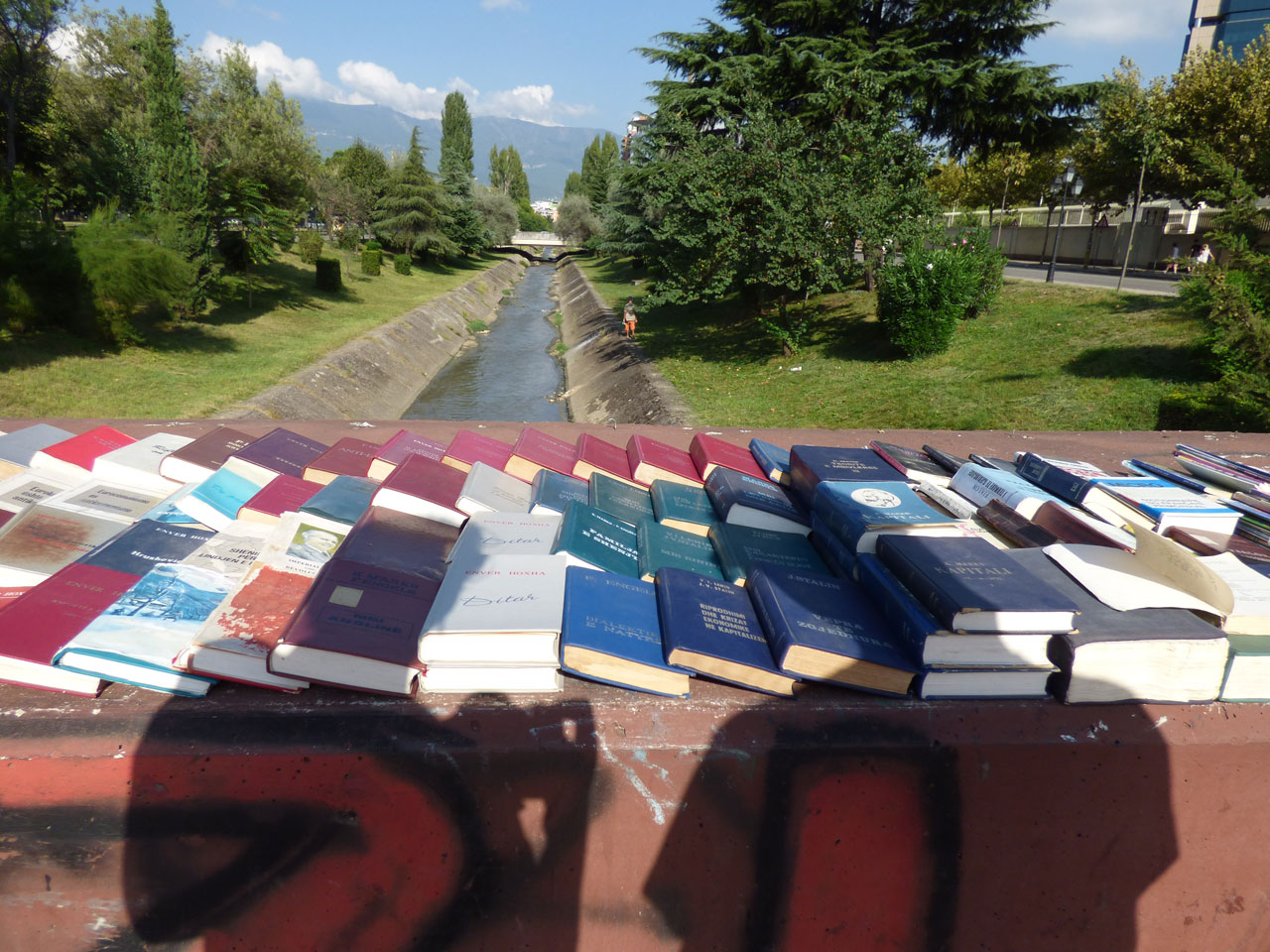 5. Travel like a local
The most popular way to travel between cities in Albania is on board a just-about-roadworthy minibus known as a furgon. These are generally much quicker than the knackered old trains, and typify the chaotic nature of public transport in Albania. The furgons are all privately owned, with no system or network as such, and there are no bus stations, with buses leaving from different parts of the city depending on their destination. The departure points frequently change too, so you’ll need to find out which junction or roundabout currently serves the part of the country you’re heading for, then ask around until you find a driver going in the right direction. It’s slightly bewildering at first, but it’s a great way to meet the locals and a quintessentially Albanian experience. 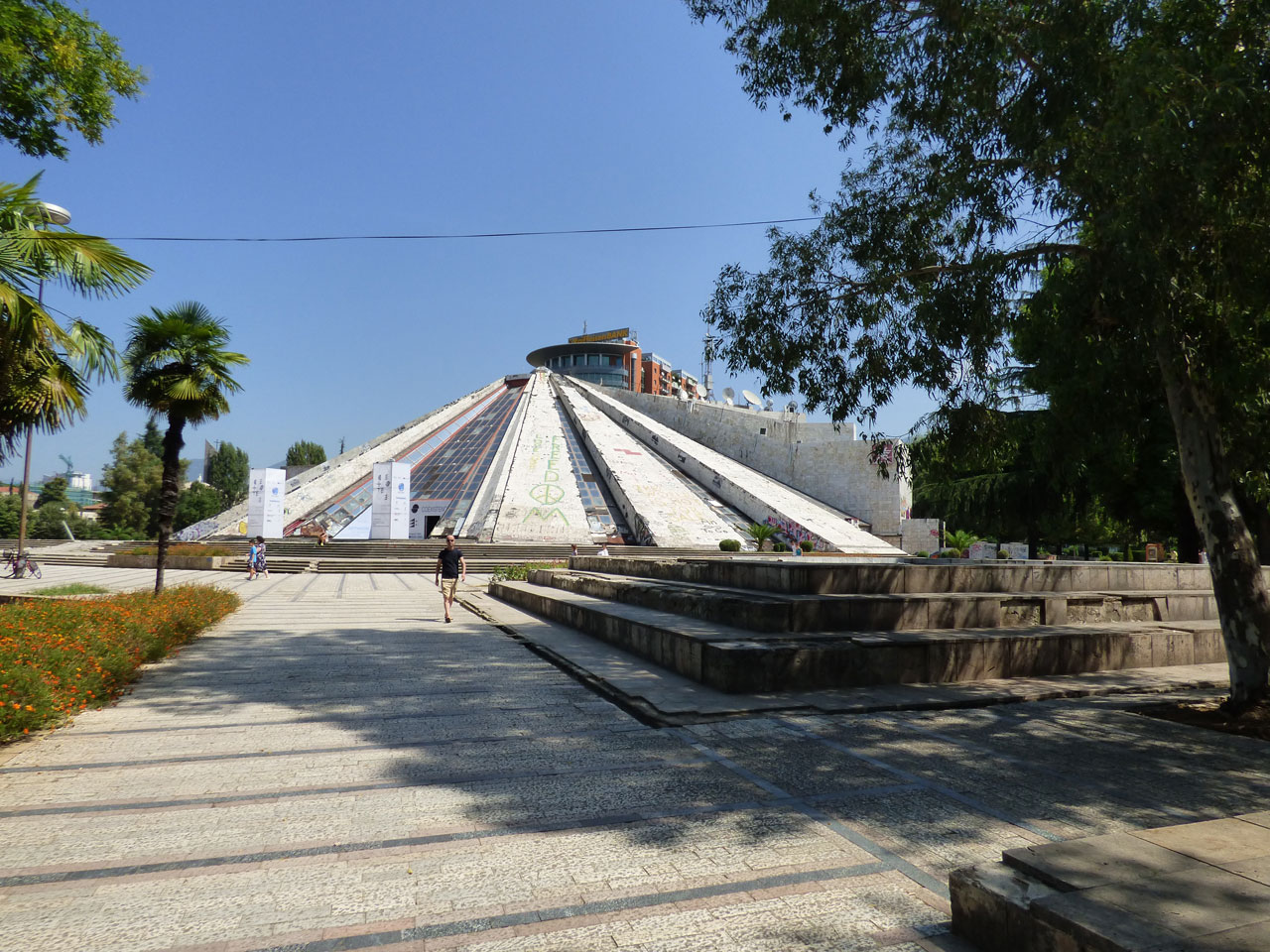 6. Look both ways
Standards of driving in Albania are generally pretty appalling, although this is perhaps unsurprising: until 1991, only Communist Party members were allowed to own a car, meaning that the vast majority of motorists in Albania have only learnt to drive in the last ten years or so. The traffic in Tirana is particularly frenetic, so make sure you keep your wits about you and look in every possible direction before crossing the road. Often it’s best to synchronise your crossing with one of the local pedestrians, as they seem to have a knack for not getting run over. 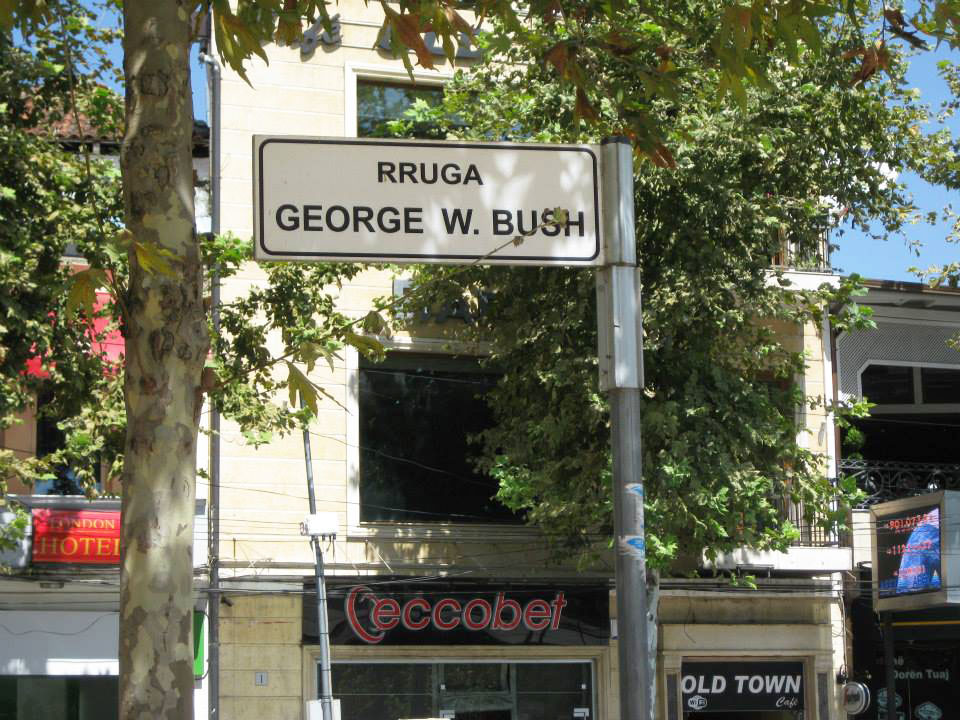 Have you been to Albania? Do you have any tips, stories or travel advice of your own to share? Let me know in the comments below…

Although the last week of January is perhaps a little late for a ‘Best of 2014’ article, I nevertheless thought I’d share a selection of the best travel books that I read

Our driver, a surly and uncommunicative brute of a man, lit another cigarette, cradling his mobile phone between ear and shoulder as he swung out into the path of the oncoming traffic. The

Not Here
—
Backpacking in Albania: 6 things you need to know
Share this