Arriving in Trinidad was like walking into a postcard. The Unesco-listed casco histórico, centred around the elegant Plaza Mayor, was a photographer’s dream, all pastel facades, cobbled streets, iron caged windows and terracotta roof tiles. Like just about everywhere else we went in Cuba, there was no escape from the music, the sound of Buena Vista Social Club’s ‘Chan Chan’ ringing out from every corner. Auténtica Cuba this probably isn’t, the old town heaving with tourists even during the off-season when we were there, but it was nevertheless one of the most instantly likeable places I’ve encountered. 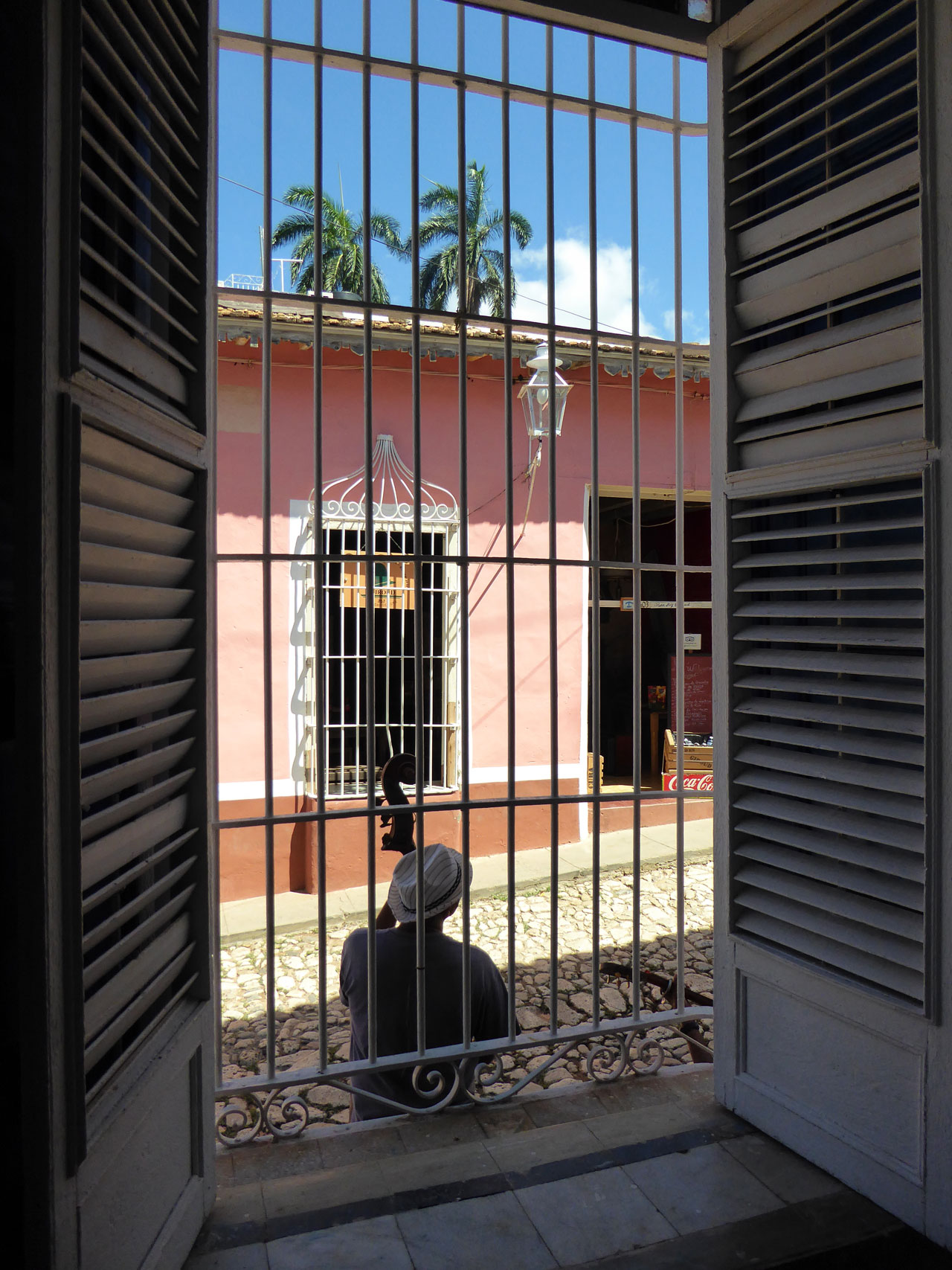 So it was something of a shock when we were shaken out of our wide-eyed, sun-sizzled reverie by an angry-looking woman jabbing her finger at us and shouting. We were just on the edge of the Unesco protected area, and had wandered up an alleyway into an area that suddenly looked a lot poorer, more run down. It took my ears a moment to recalibrate to the heavily accented Spanish of our interrogator, and I realised she was asking us for soap. 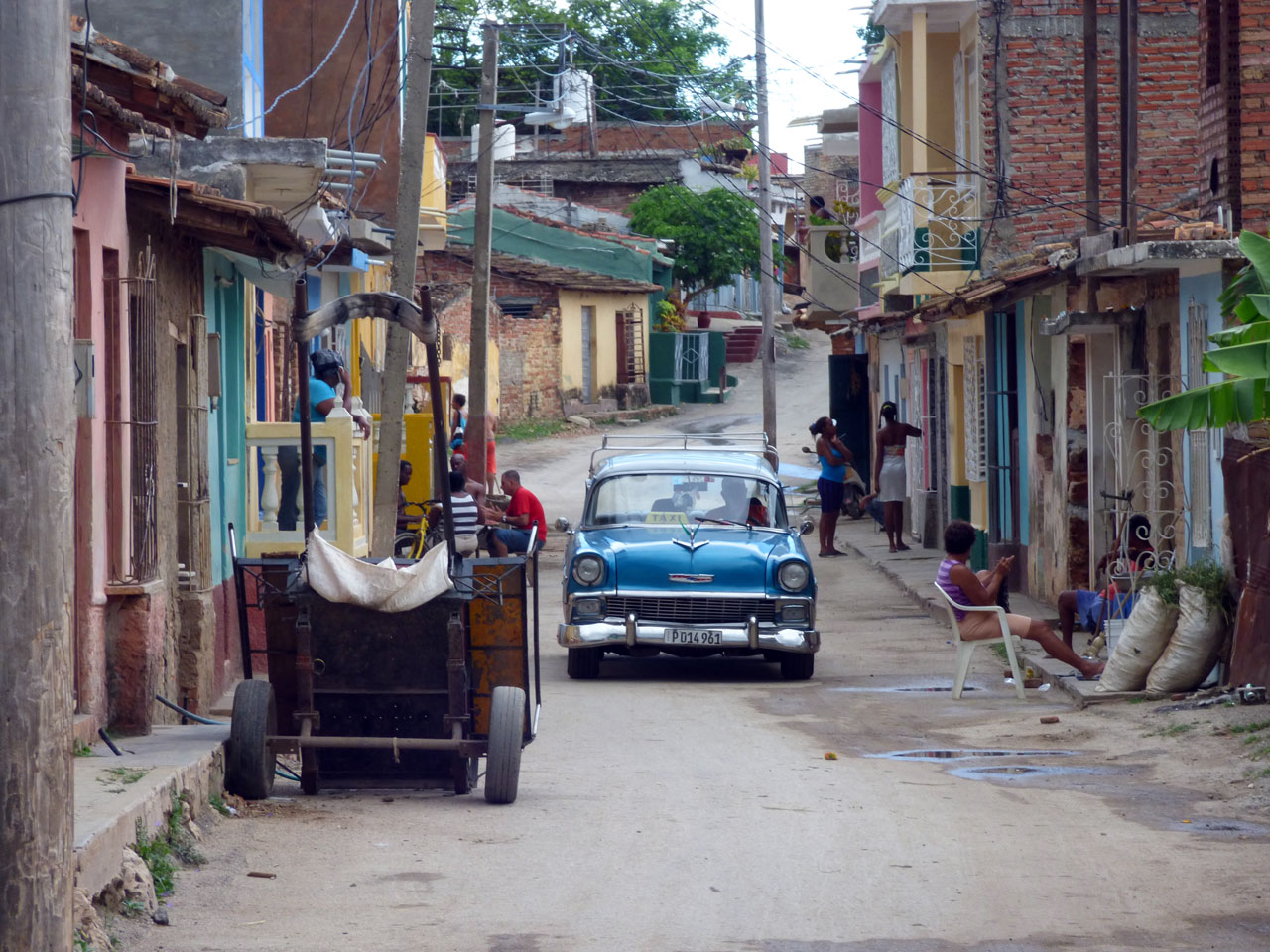 For many Cubans, the government’s tentative steps towards a more capitalist economy have brought significant benefits. A relaxation of restrictions on private enterprise has led to an explosion in the number of privately owned restaurants, and those Cubans fortunate enough to own property in a prime tourist location are making a healthy living renting out rooms to tourists. But Raúl Castro’s reforms have also brought problems that look rather familiar to us in the capitalist West, with an increasingly wide gulf opening up between the ‘haves’ and the ‘have nots’. There is also a deep-rooted racial dimension to inequality in Cuba; Afro-Cubans have always been poorly represented in politics and the professions, and the majority of Cubans benefiting from the current boom in tourism are white, something that seemed particularly pronounced in Trinidad. 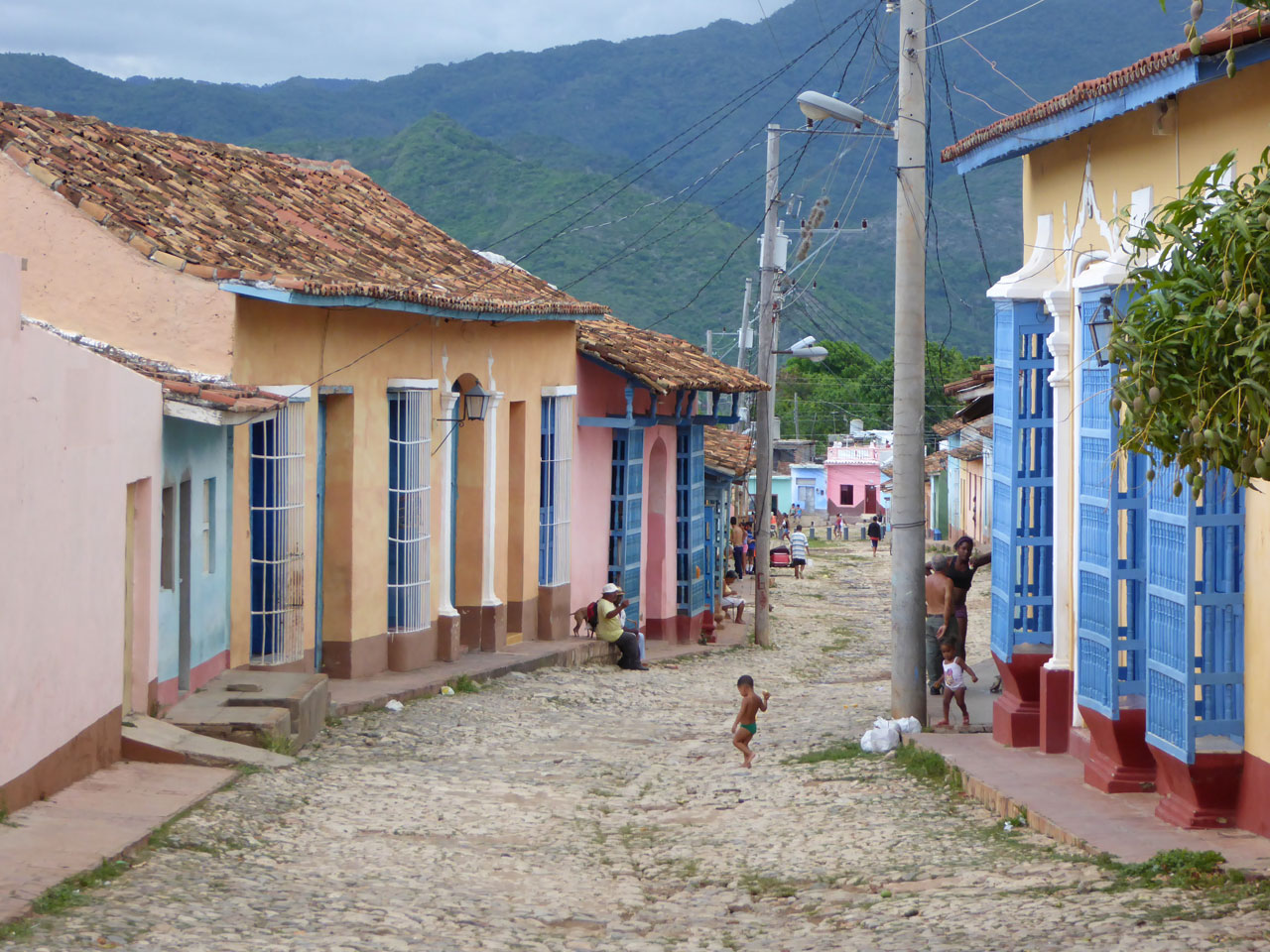 Most things you read about Trinidad will mention hassle from hustlers, or jineteros as they’re known here, but this wasn’t something we really experienced. Most of the vendors and touts seemed pretty half-hearted, like the old man who tried to sell us a 3 peso note with Che Guevara’s portrait on the front. We were also surprised by how easy it was to get away from the more touristy streets; even in the centre of town it’s often just a case of diverging slightly from the main drag and you’re suddenly amidst normal people going about their everyday lives, often looking a little bemused that you’re walking along their street with a camera round your neck. 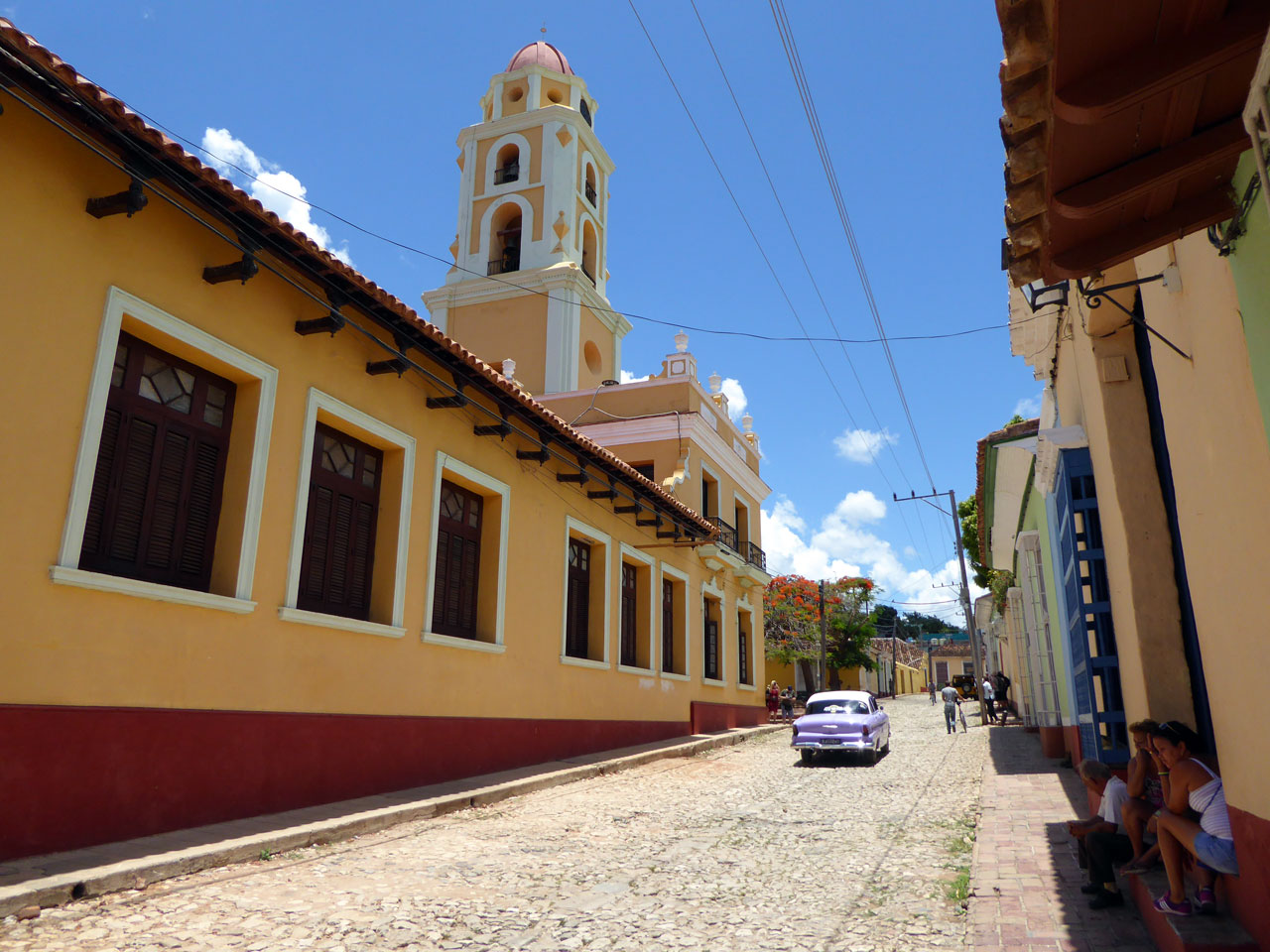 Trinidad’s most recognisable (and most photographed) landmark is the ochre bell tower just off the Plaza Mayor, visible from all over town. This tower is attached to the Museo Nacional de la Lucha Contra Bandidos, a small and typically Cuban museum focused on the counter-revolutionaries who fought a US-backed guerrilla campaign against the Castro regime during the 1960s. The exhibits included a fragment of an American U2 spy plane and the charred remains of a house that had been torched by these bandidos, a reminder of the dirty wars waged by the US all over Latin America during the Cold War. 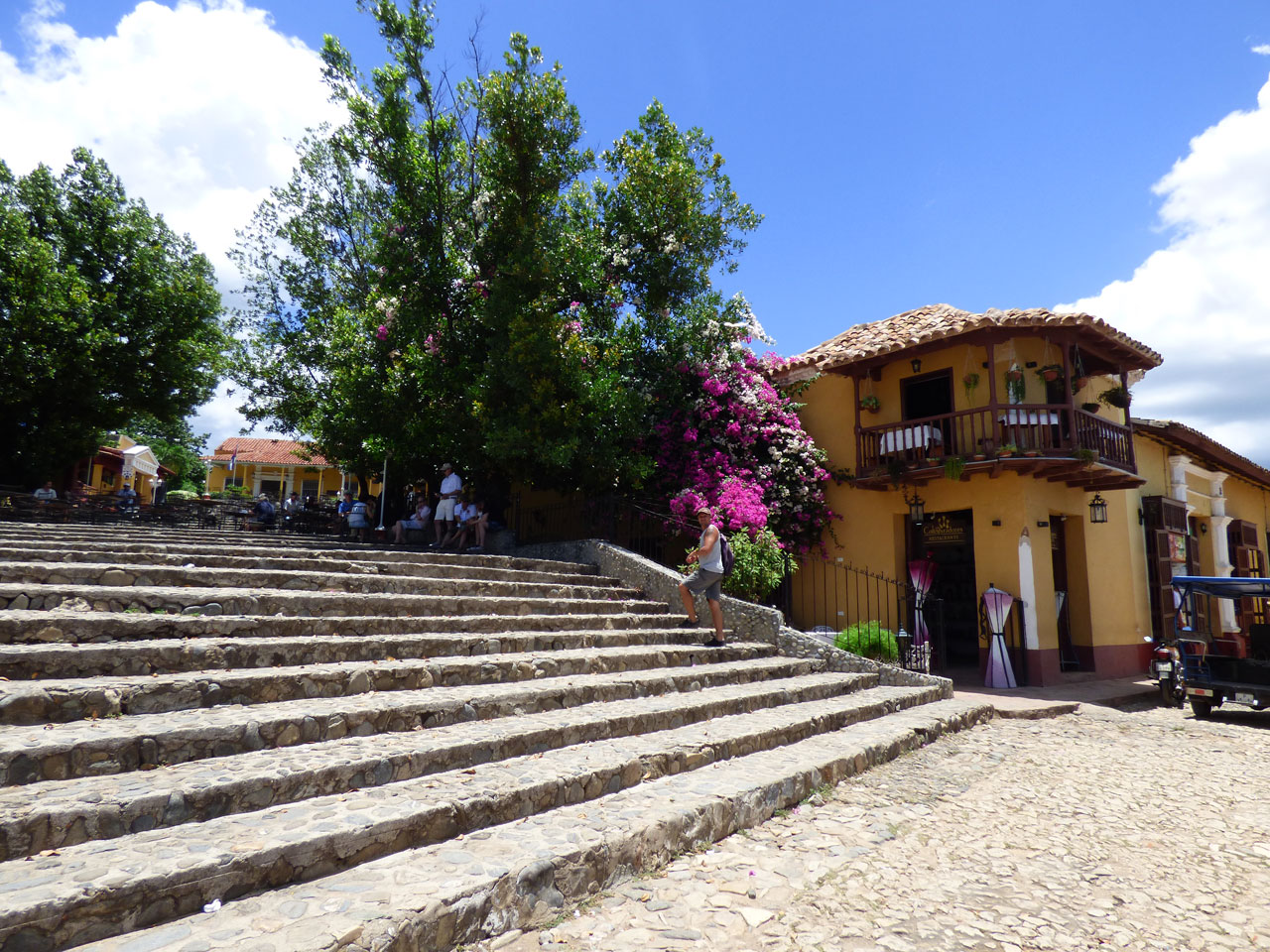 Trinidad is also known for its music, and there are plenty of tourist-oriented bars and concert venues. The most popular place is the Casa de la Música, which cascades down a staircase just off the Plaza Mayor, but we found it a pretty bland and sanitised experience. As much as I love ‘Chan Chan’, by this point we’d been in Cuba a week and a half, and we were starting to tire of hearing it everywhere. We decided to relocate to a bar called La Canchánchara, and ordered the eponymous cocktail for which Trinidad is famous. It’s a simple concoction – aguardiente, honey, lemon and ice – and ours came served in a clay pot, with a wooden stirrer to mix in the honey. At first it tasted pretty foul, pretty much a pure alcohol hit. But as you drink more the honey, which sticks to the bottom, begins to take over, and the last few sips are deliciously thick and sweet, which tricks you into wanting another one. As we mulled over whether or not this was a good idea, a band started playing, kicking off their set with a familiar chord progression. In Trinidad, it seemed, there was no escape from ‘Chan Chan’. 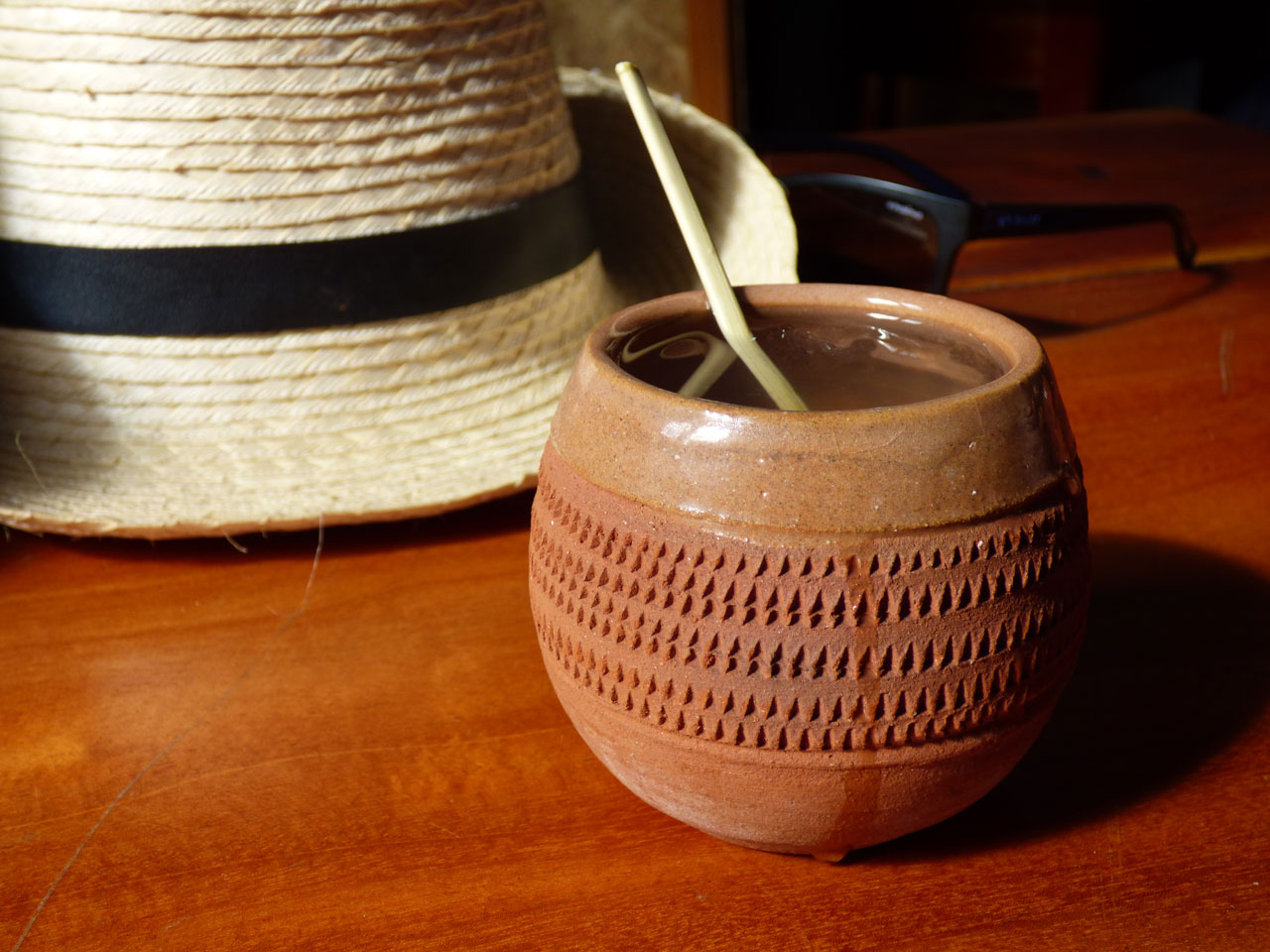 The next morning we decided to get out of town for a few hours and sweat out the hangover on the beach. We walked down to the busy Parque Céspedes square to find a taxi to take us to Playa Ancón, and spotted a particularly handsome old American car. We caught the eye of the man loitering next to it, who we assumed to be the driver, and agreed a fare. He then beckoned us to follow him to his actual car, a battered old Soviet relic called a Moskvitch. The drive down to the beach in this Russian rustbucket was rather less relaxing than anticipated, swerving erratically from side to side as we chugged along the coastal road, the car filled with the stink of petrol. At one point, as we lurched worryingly close to the water’s edge, I thought the driver had fallen asleep, but I think he was probably either drunk or just wrestling with the car’s unresponsive controls. 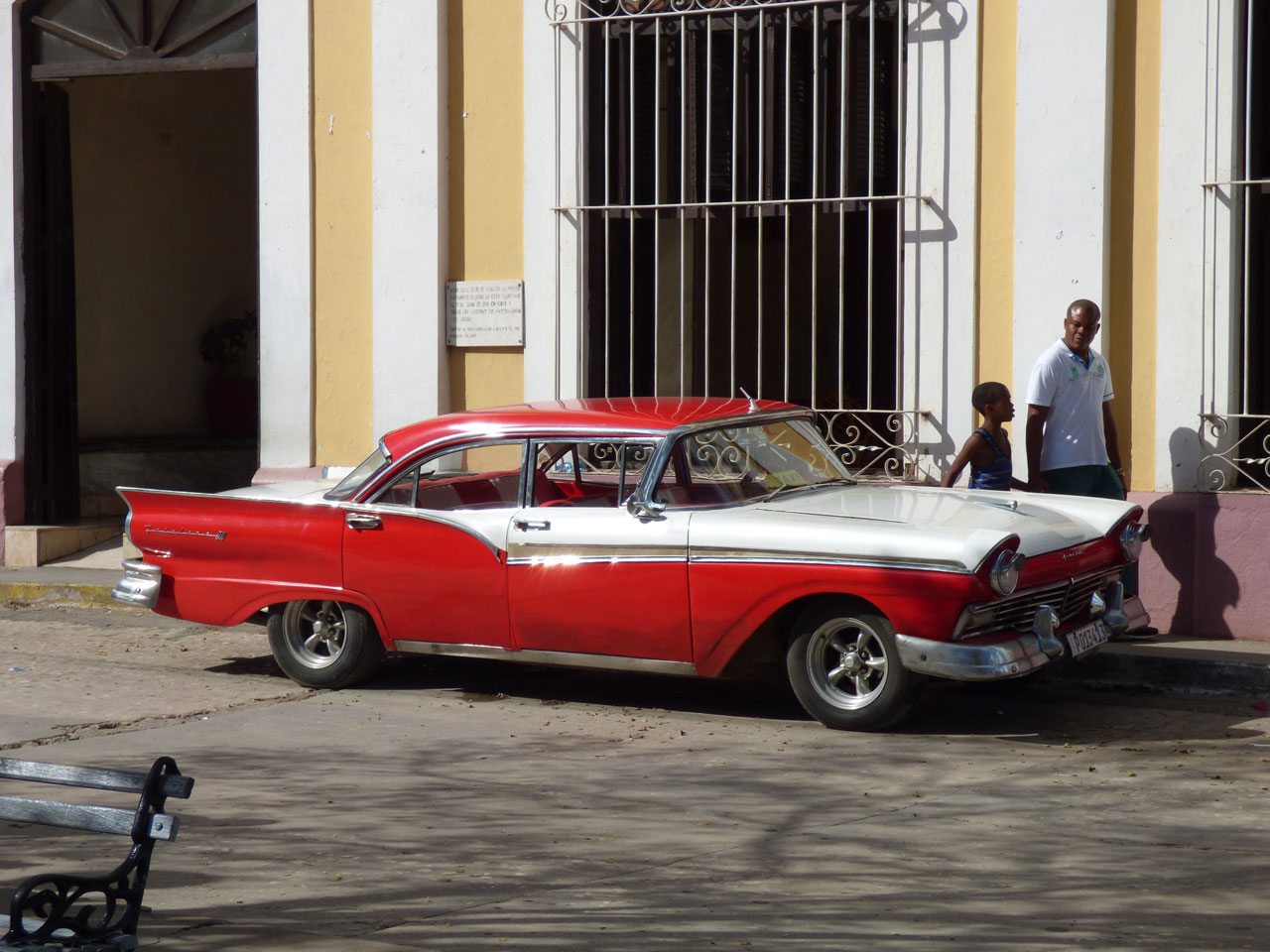 Happily we emerged unscathed at the beach, and spent an enjoyable day doing very little. Playa Ancón is a particularly pleasing stretch of white sand and turquoise sea, where pelicans swooped low over the water, little hermit crabs scuttled across the sand, and an entrepreneurial young man kept trying to sell us a slice of pizza every half hour or so. The sea was warm, the sun loungers we rented were reasonably comfortable, and the views were dazzling. It was a reminder that, as strange a place as Cuba can be, it’s still very much a part of the Caribbean. 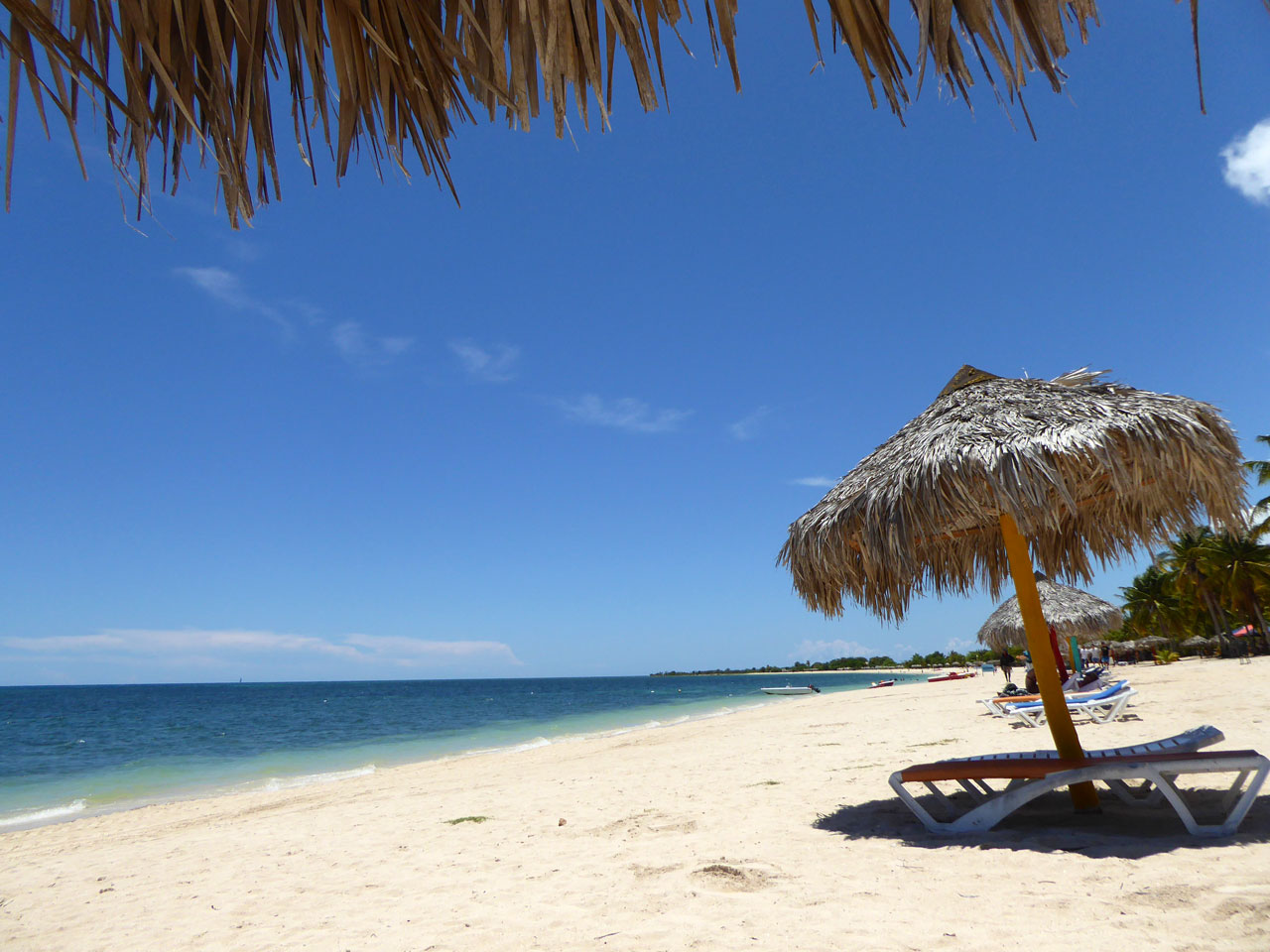 The next day we decided to see another side of Trinidad, and took a day trip to a protected area of the Sierra del Escambray mountains known as Topes de Collantes. We were driven in an old Russian army truck along a twisting, undulating road, like passengers on the world’s slowest and most uncomfortable rollercoaster. As we climbed higher, the vegetation around us grew thicker and signs of civilisation dwindled. Dewy ferns and bromeliads closed in around us, and we noticed epiphytes clinging to trees and power cables, as if the jungle was slowly devouring everything modern and man-made. 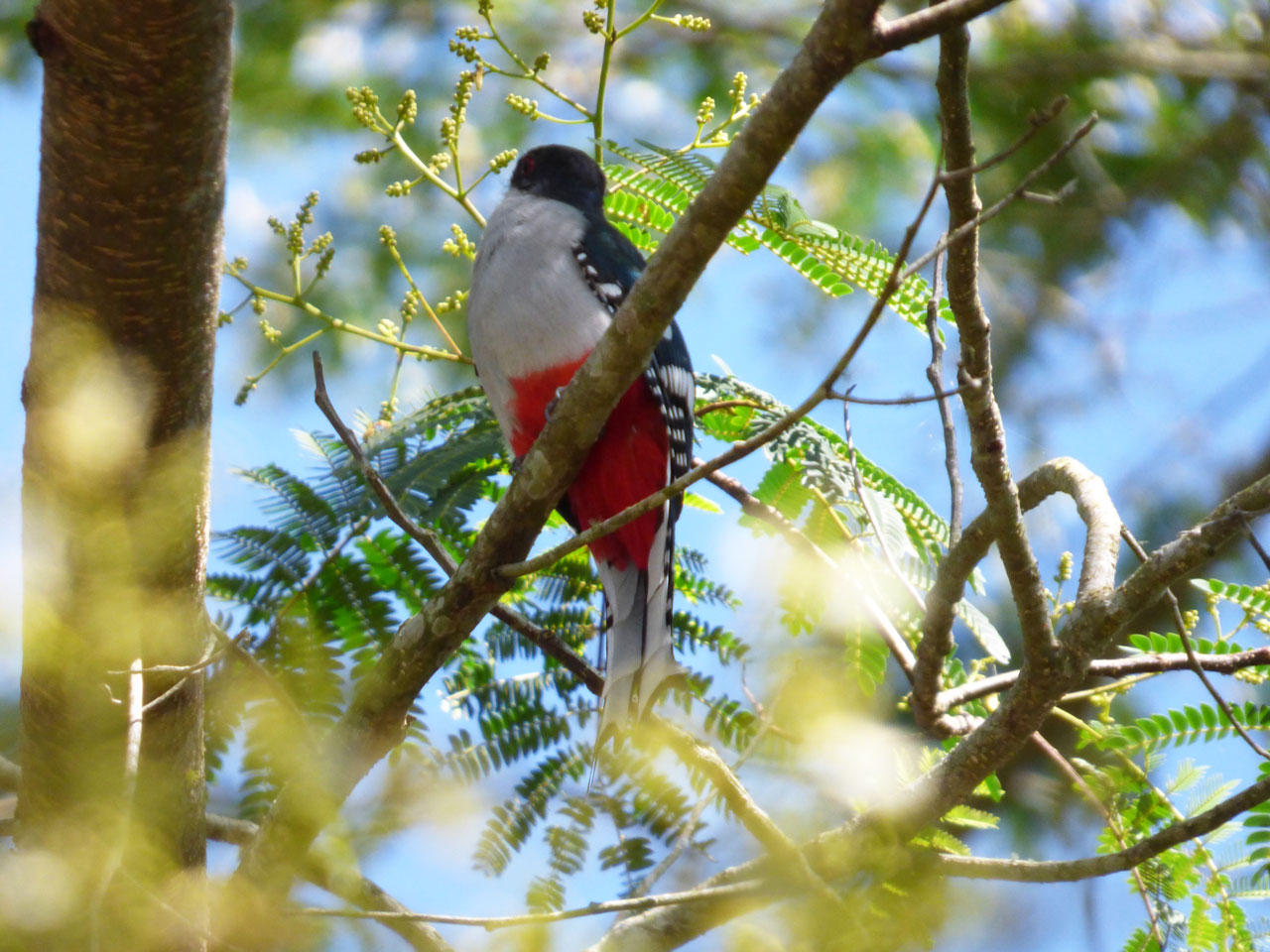 We alighted at the top of a trail which led down to the Vegas Grande waterfall, and initially the going was fairly easy. We saw hummingbirds zipping about in the trees, and spotted a tocororo, Cuba’s national bird, perched on a branch up above us. We then arrived at the top of what our guide euphemistically branded the ‘rustic steps’, a steep descent down treacherously slippery rocks that quickly had me gasping for breath and dripping with sweat. As we made our way precariously down the rock face we clutched at trees, vines, bare earth, anything we could grab hold of to try and maintain our balance. Our guide bounded ahead without so much as a glance back in our direction, while I grew increasingly incredulous and sweary at the way this ‘moderately challenging’ hike was panning out. 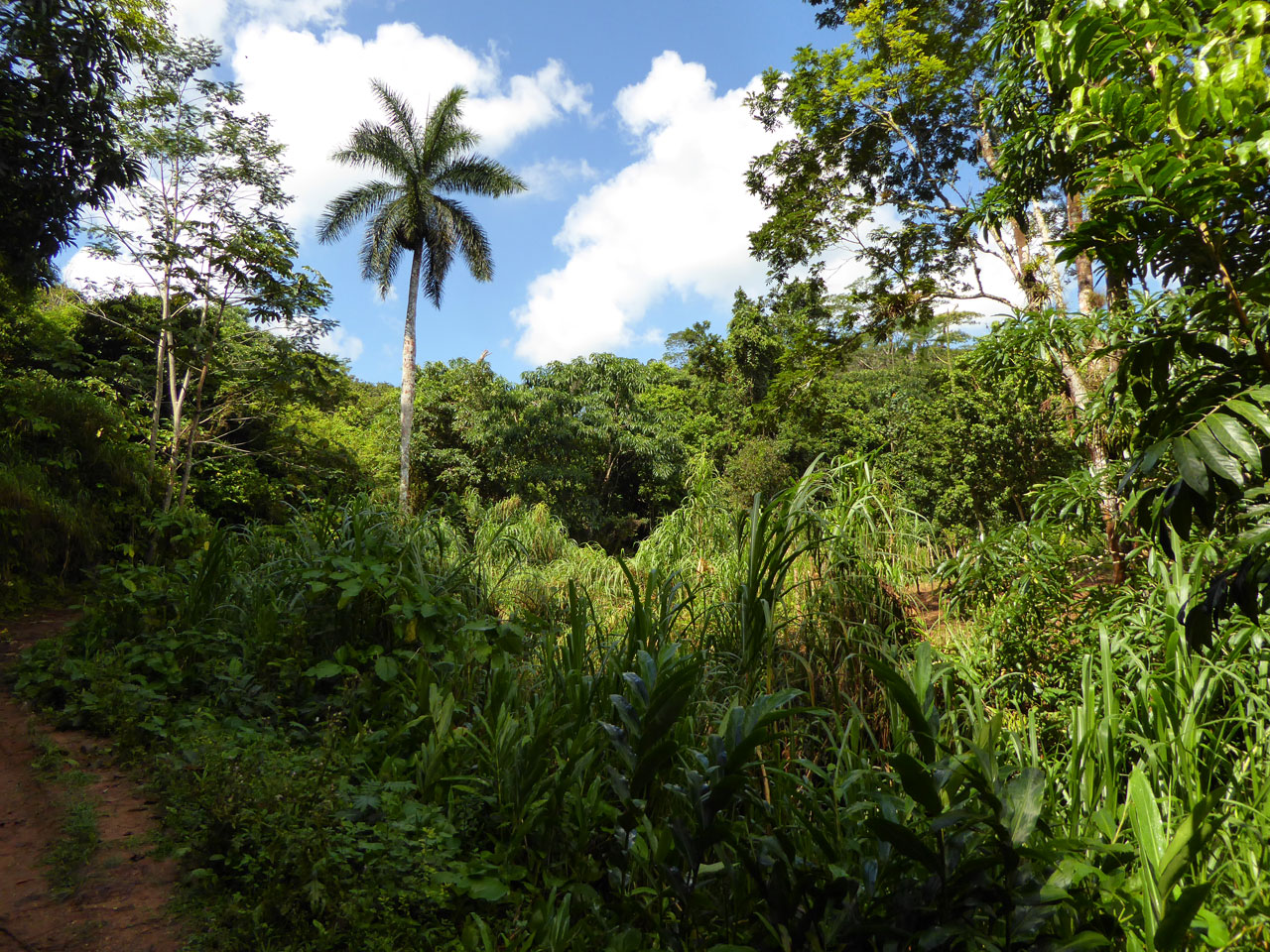 Finally we reached the waterfall, and plunged into the pool at the bottom. We swum across to the cave at the base of the waterfall, letting the water cascade on to our heads like an icy shower. It was an idyllic little spot, with dragonflies flitting about and lizards basking on the rocks, just about worth the ordeal of getting there. 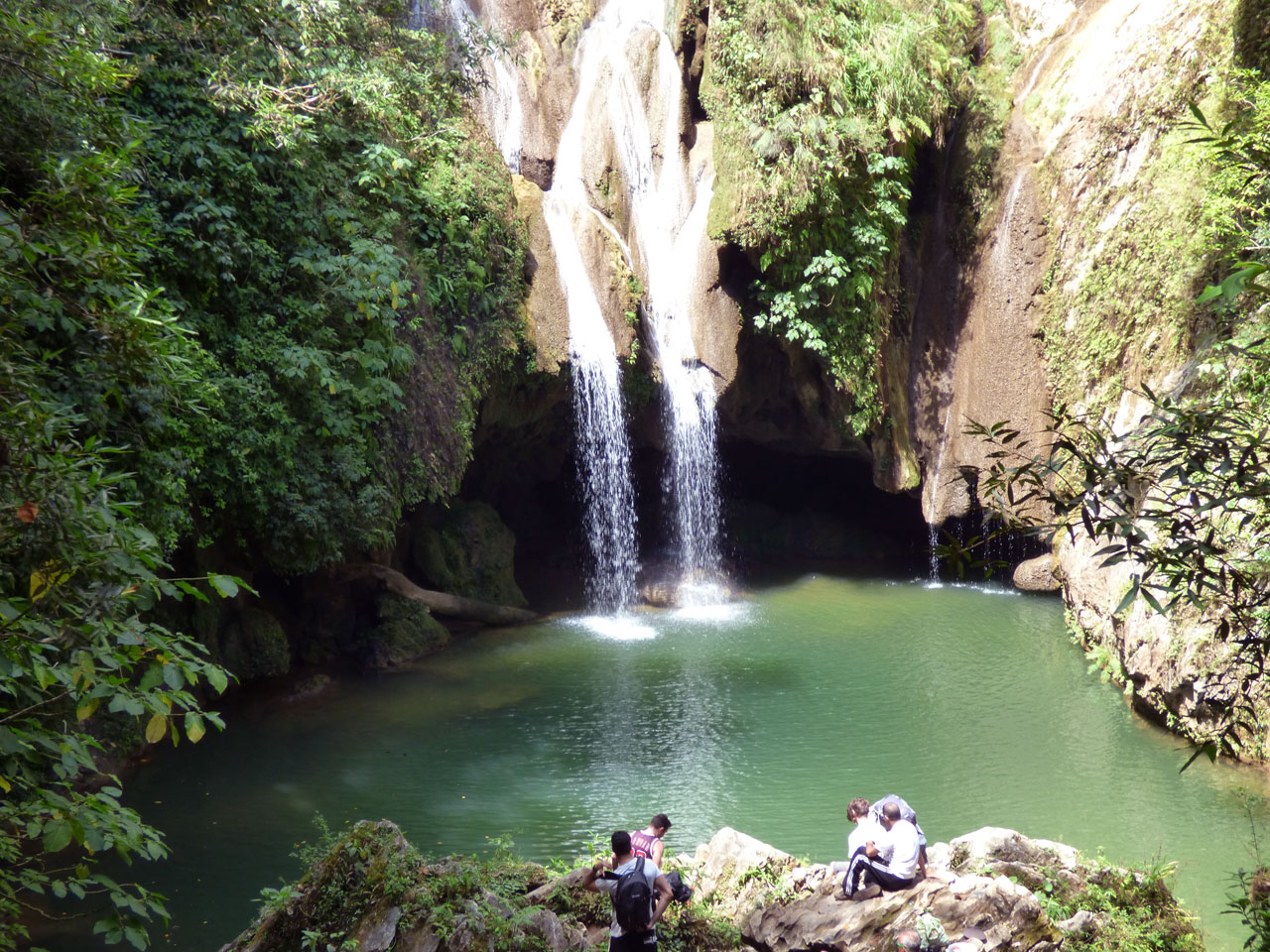 The climb back up the rocks was even worse than the descent. By the time we reached the top my knees felt like they were about to pop out of their sockets, and my thighs were burning. I was suddenly painfully aware of how unfit I was, and the happy memories of our swim beneath the waterfall were quickly fading.

Not long after we’d set off on the drive back to Trinidad a storm broke over the mountains, the rain rapidly reaching a crescendo on the canvas roof of the truck and gushing down the hillsides. The sheeting rain reduced visibility dramatically and we slowed to a crawl, although the cooler air was quite refreshing after our earlier exertions. As we descended the snaking road again the rain eased off a little, and a stunning panorama opened up in front of us: mountain, beach and colonial town, a technicolour tableau of Cuba in microcosm. 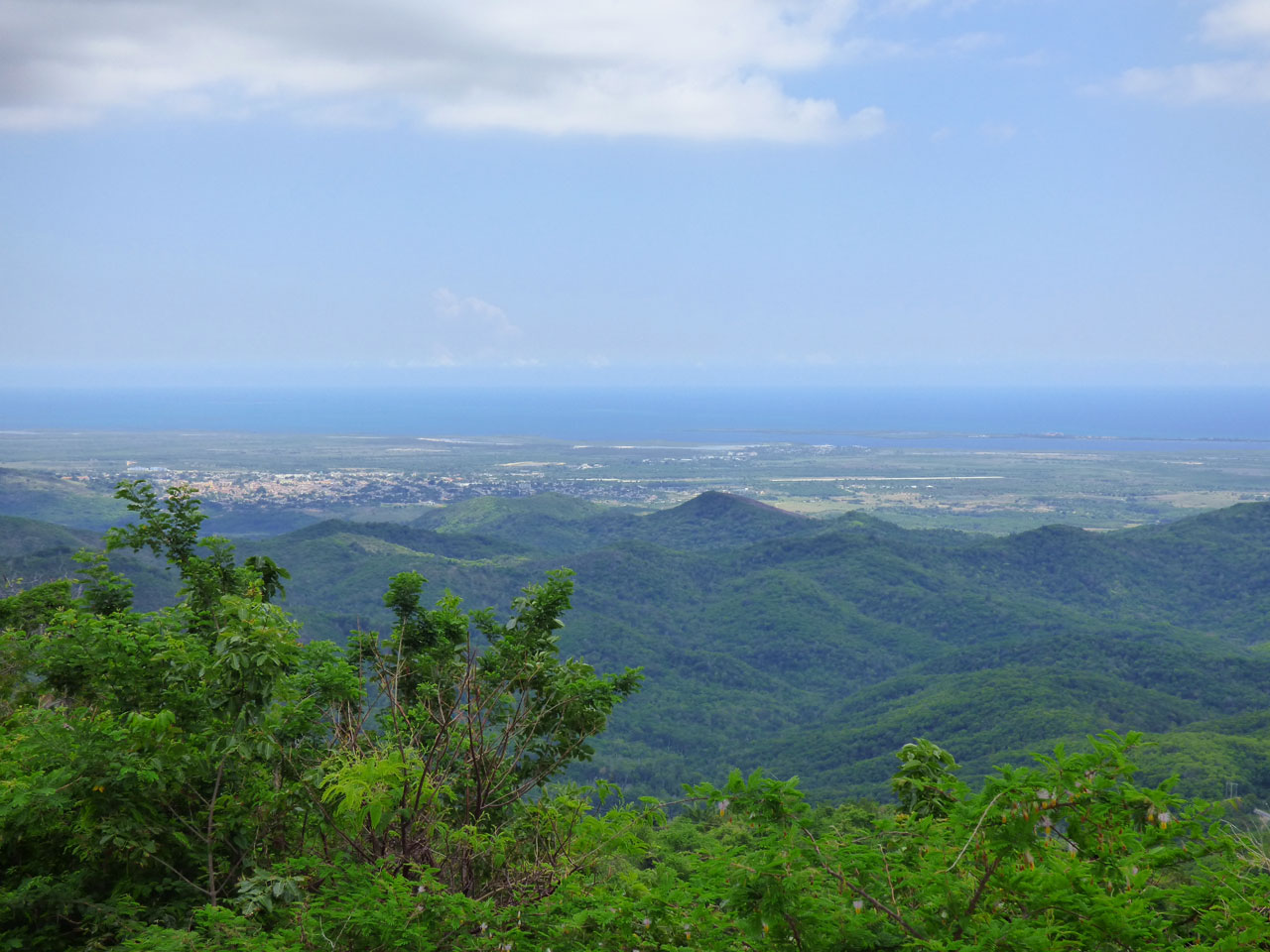