The Shard is, depending on who you ask, a visionary addition to the skyline of a dynamic 21st century metropolis, or a vulgar display of Qatari oil wealth that’s out of kilter with a city steeped in history. Visible from just about anywhere in the city, Renzo Piano’s 800-foot skyscraper has a certain arrogance about it, and seems determined to establish itself as a bona fide London landmark. Standing at the bottom of this towering leviathan staring up at the tapering wall of steel and glass, one thing seemed certain to me: it isn’t going anywhere any time soon, so Londoners might as well embrace it. 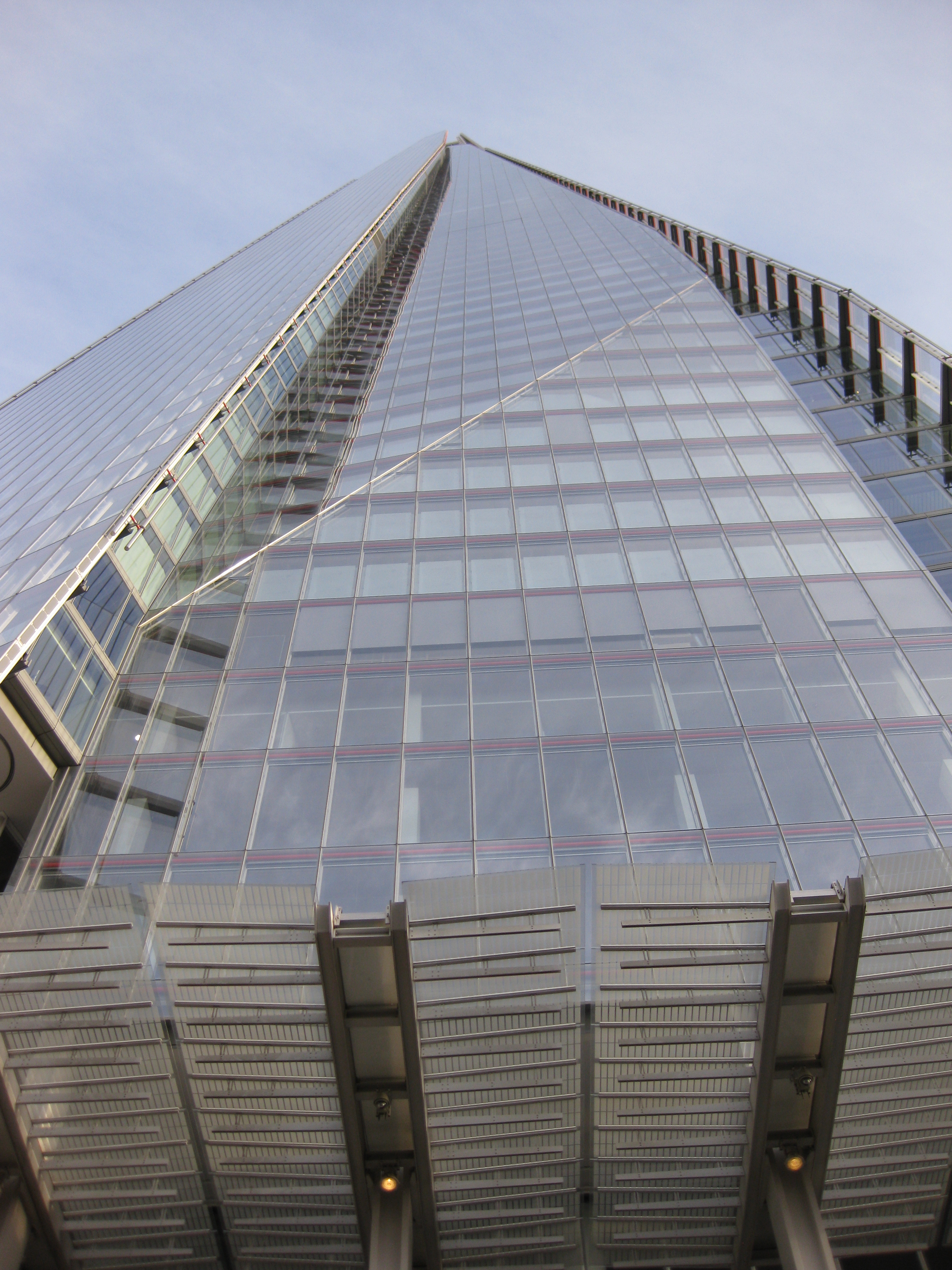 Our ascent coincided with a clear blue day, a real stroke of luck in the midst of the January gloom. From the entrance lobby, a disconcertingly smooth lift teleports you to the top in a matter of seconds, and suddenly you are stepping out into a panoramic view that doesn’t seem quite real. For most visitors, this first glimpse of the city from above may also be a little unfamiliar, since the sprawling southern boroughs are bereft of tourist landmarks. For London natives, the first building that grabs your attention is the Strata SE1 tower, deserving winner of the 2010 Carbuncle Cup for its abysmally ugly design. 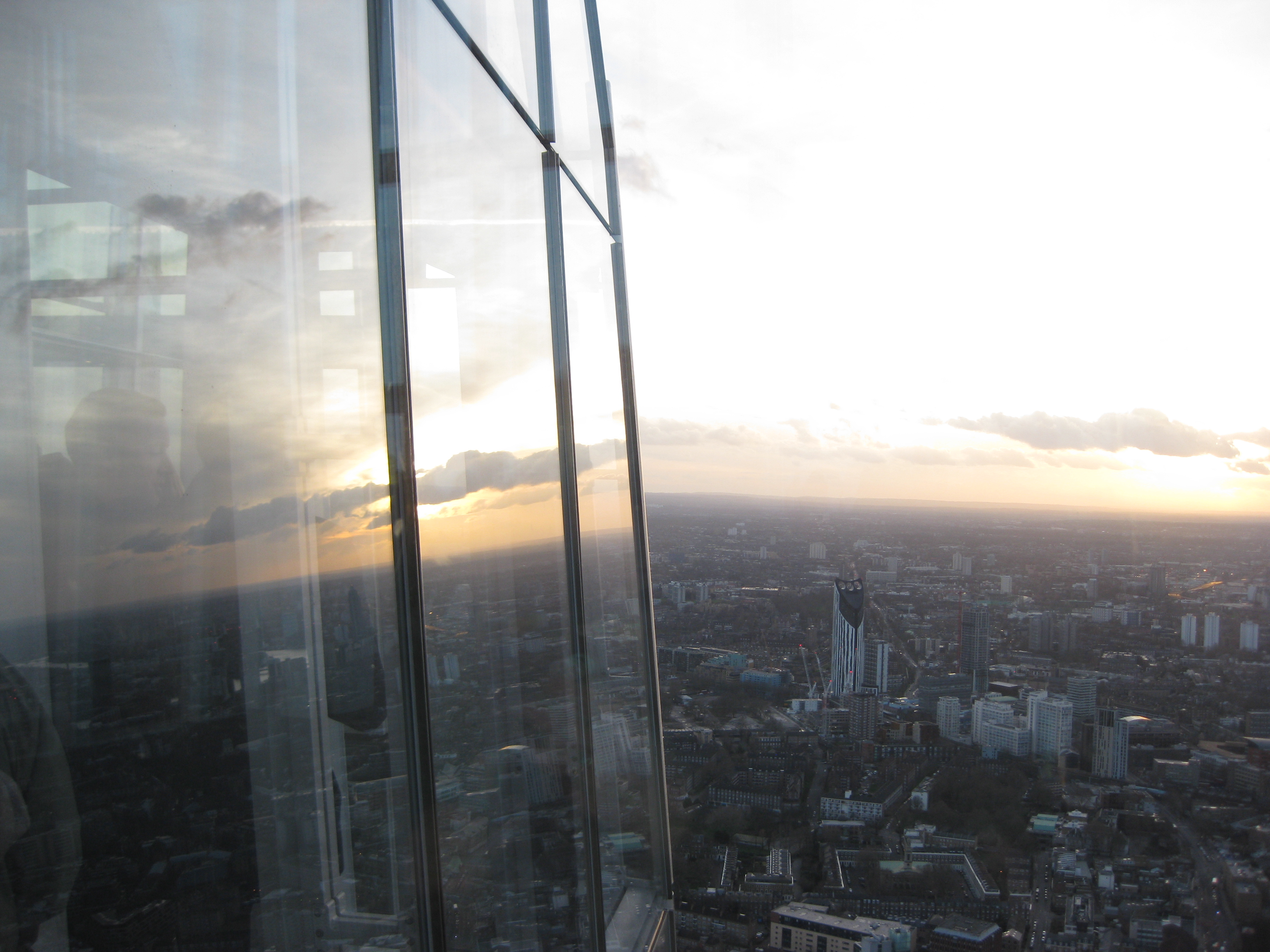 To the east, the steely grey smudge of the North Sea hovers on the horizon, beyond the clustered towers of Canary Wharf and the silver sentinels of the Thames Barrier. Continuing around the viewing platform, squeezing past the queue for the champagne bar, you reach perhaps the most tourist-friendly view, looking north across the river. Here, there are almost too many landmarks to take in at once. To the right is Tower Bridge and a little toy battleship that turns out to be HMS Belfast; dead ahead, the Gherkin is hemmed in by the rapidly thickening forest of soulless skyscrapers sprouting up around the Square Mile; to the west, the Thames snakes away past St Paul’s, the London Eye and Big Ben; while in the distance you can pick out the Olympic Park, St Pancras station, Wembley Stadium and the green hills of Hampstead and Highgate. 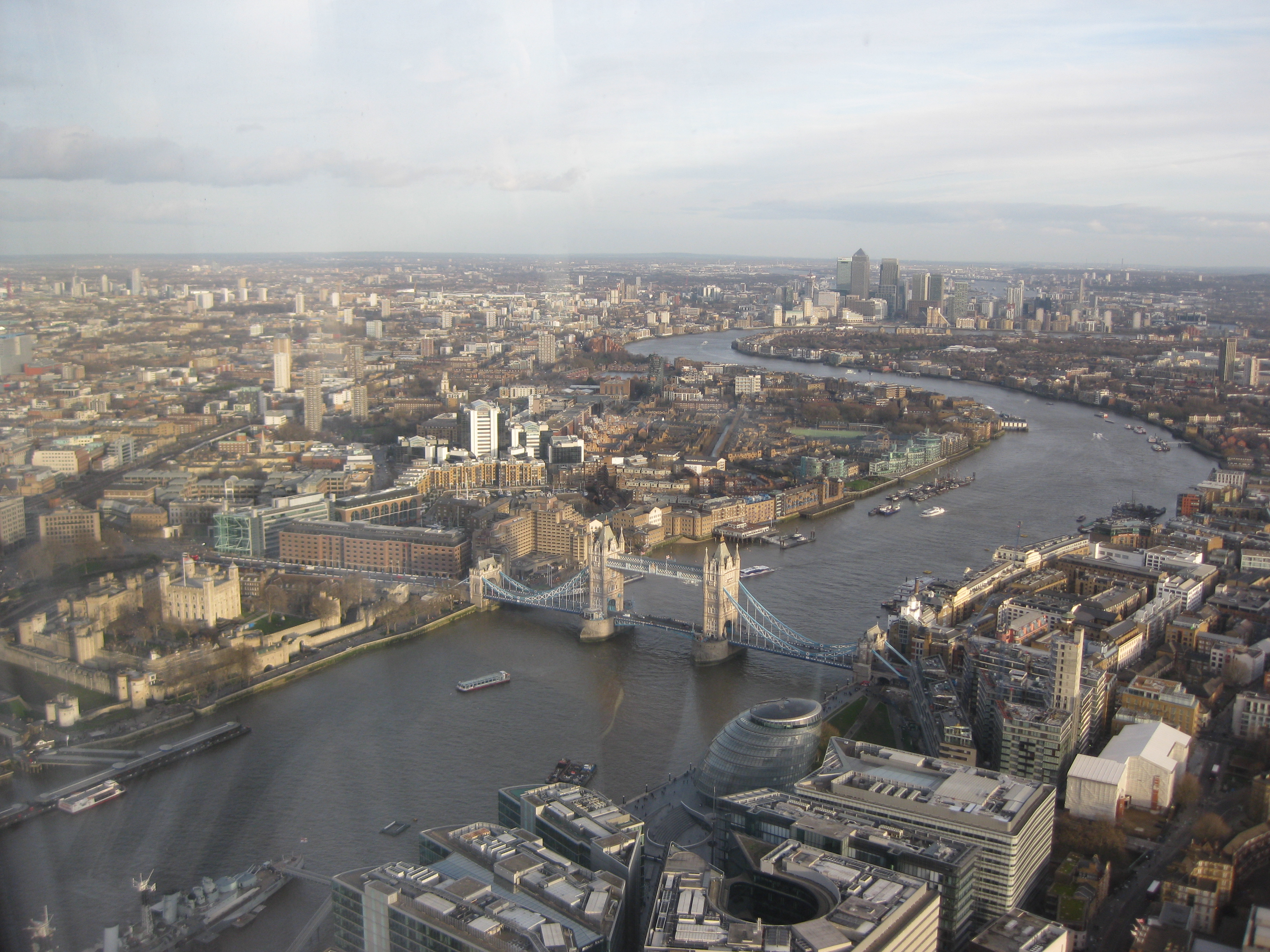 It’s mindboggling on a macro scale, but it’s just as much fun picking out the little details. Around London Bridge station, tiny fluorescent orange worker ants scuttle along the train tracks; boats of all shapes and sizes zip up and down the river; and, with the aid of the high tech telescopes, we even managed to locate our flat in Holloway. Viewing the city from this high up makes you realise how distorted your mental geography of London can be. At ground level, the Thames normally feels like a relatively straight line, but from above you’re reminded of just how sinuous the old river is as it passes through central London, and the distances in your head are suddenly exposed as wildly inaccurate. Stratford seems too close, Euston too far away, and it’s almost as if the rules of perspective are being somehow refracted and bent by the glass prism around you.

The Shard has one more sensory surprise in store up on the 72nd floor. This is where the glass sides of the building reach their jagged and abrupt end, leaving the upper viewing deck open to the elements. Here, at the city’s pinnacle, the wind whooshed and whistled around us, the frosty temperature in stark contrast to the warm cocoon of the lower deck, and we felt suddenly more vulnerable and unsteady, as if we were on the deck on a ship carving its way across the ocean. 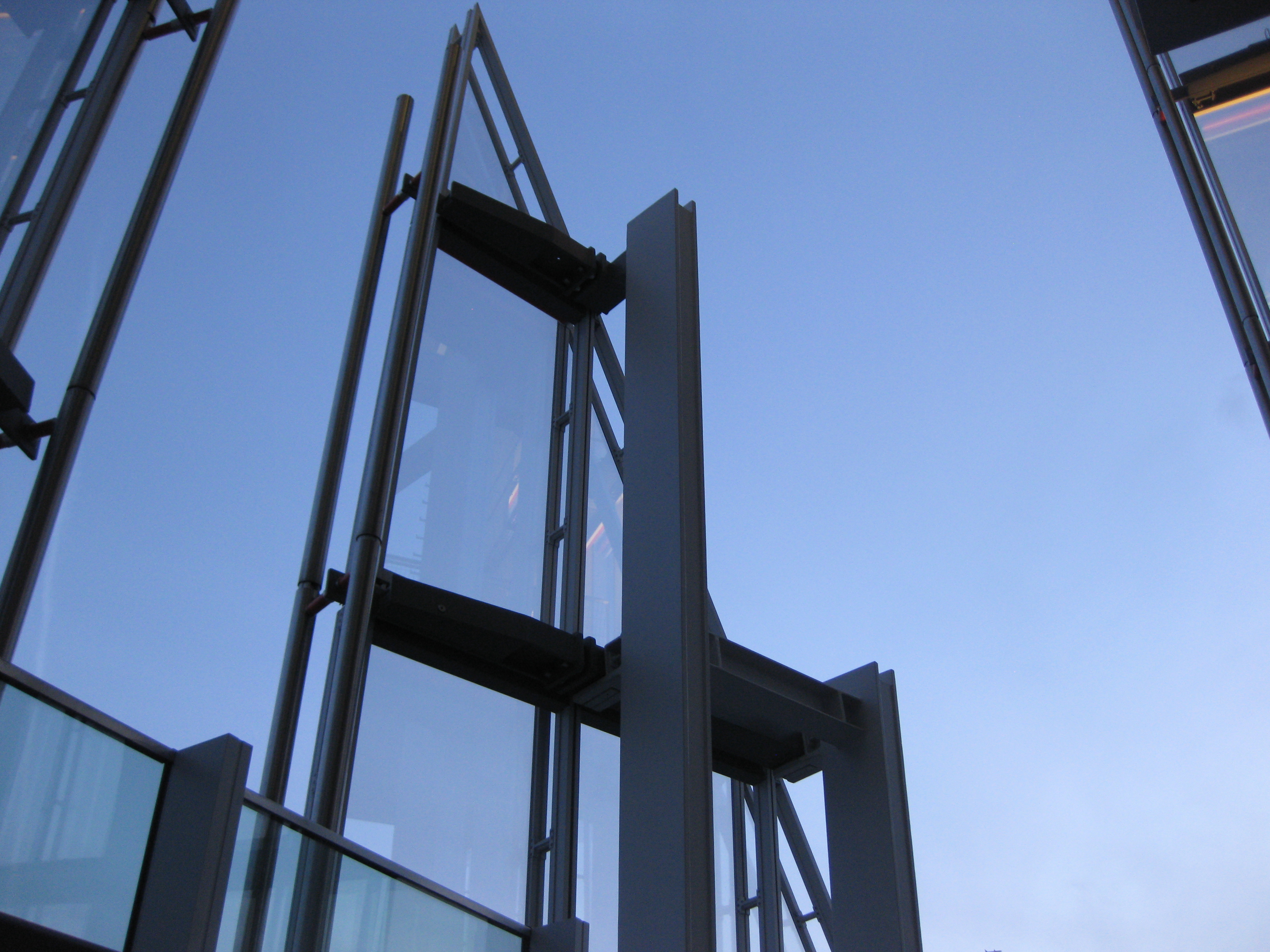 As the clouds ripened with the mellow coral hues of sunset, and the endless housing estates began to flicker with the dirty orange of streetlamps, we succumbed to the lure of the champagne cliché, and enjoyed a glass of something pink and expensive to toast the occasion. The Shard may not be to everyone’s taste from the outside, and it’s certainly not the capital’s cheapest attraction, but I don’t think you’ll find a better view in the whole of London. 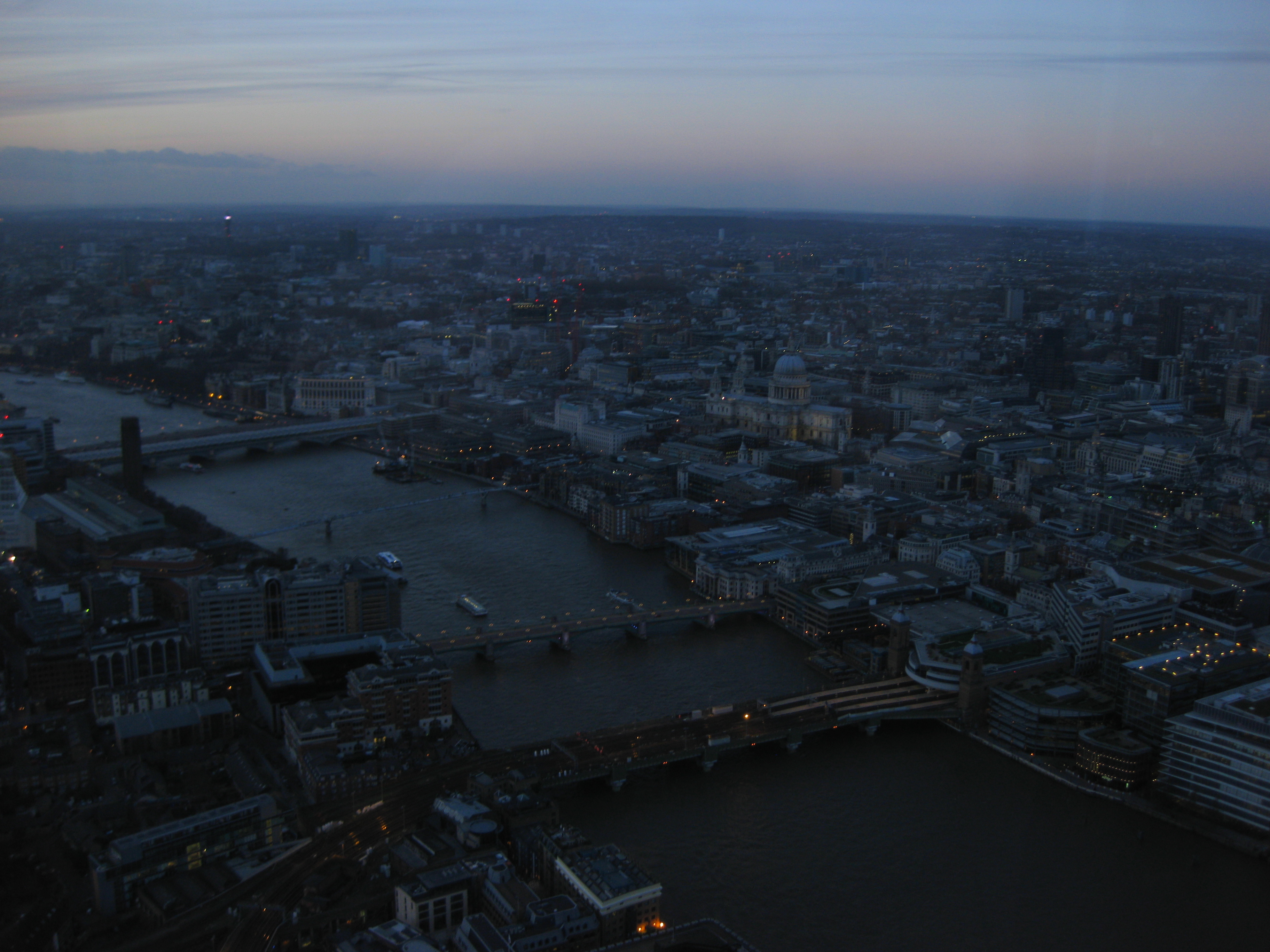