It was only a couple of weeks into December, but already Riga was bitterly cold. The Daugava river had begun to freeze around the edges, and the air stung my ears, numbed my fingers and toes. I ducked into a café to warm up, and the waitress, keen to give me a proper Latvian welcome, insisted I try a complimentary shot of a dark and pungent liqueur called Black Balzams. It’s a local speciality, and it tastes like a very alcoholic cough medicine mixed with crushed up plant matter from a forest floor. Not great, in other words. 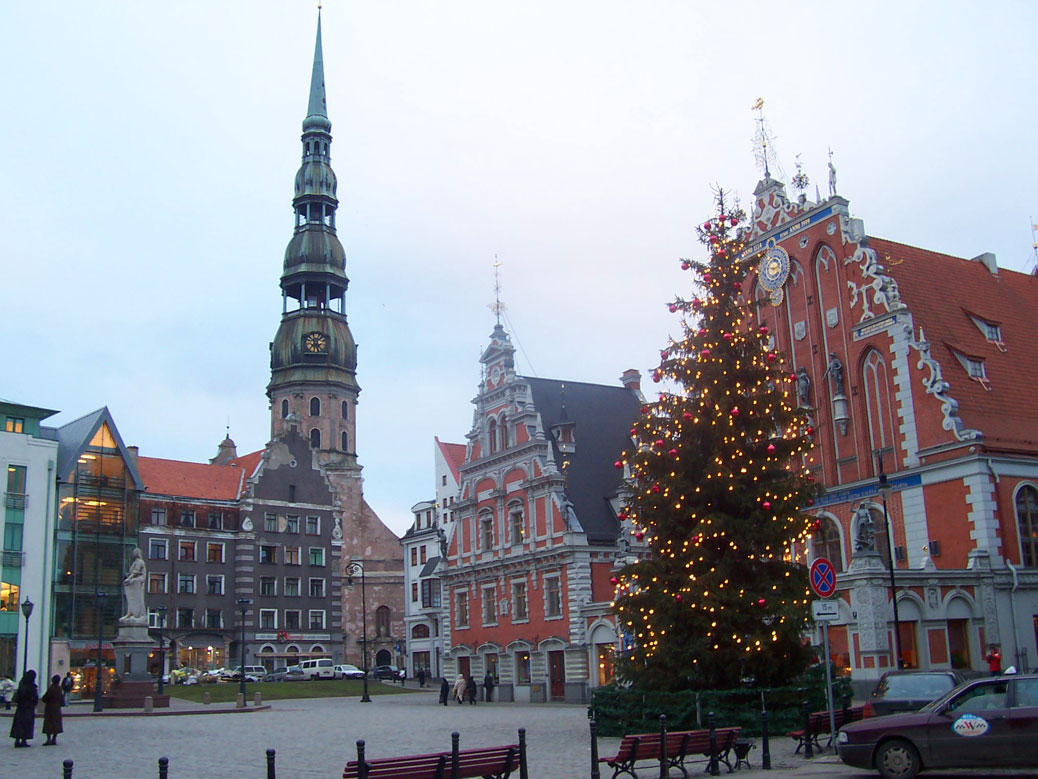 I set out to explore the city with my throat still burning. Riga’s old town is an eminently likeable place, and the gingerbread architecture is typical of the Hanseatic League, the confederation of cities that once controlled most of the trade along the coasts of northern Europe. The fact that it was December meant that there was an especially festive atmosphere; as I wandered across the square in front of the cathedral a crowd was gathered around a children’s choir singing carols, and there was a sprawling Christmas market with stalls selling woolen mittens, jars of honey and steaming cups of mulled wine. 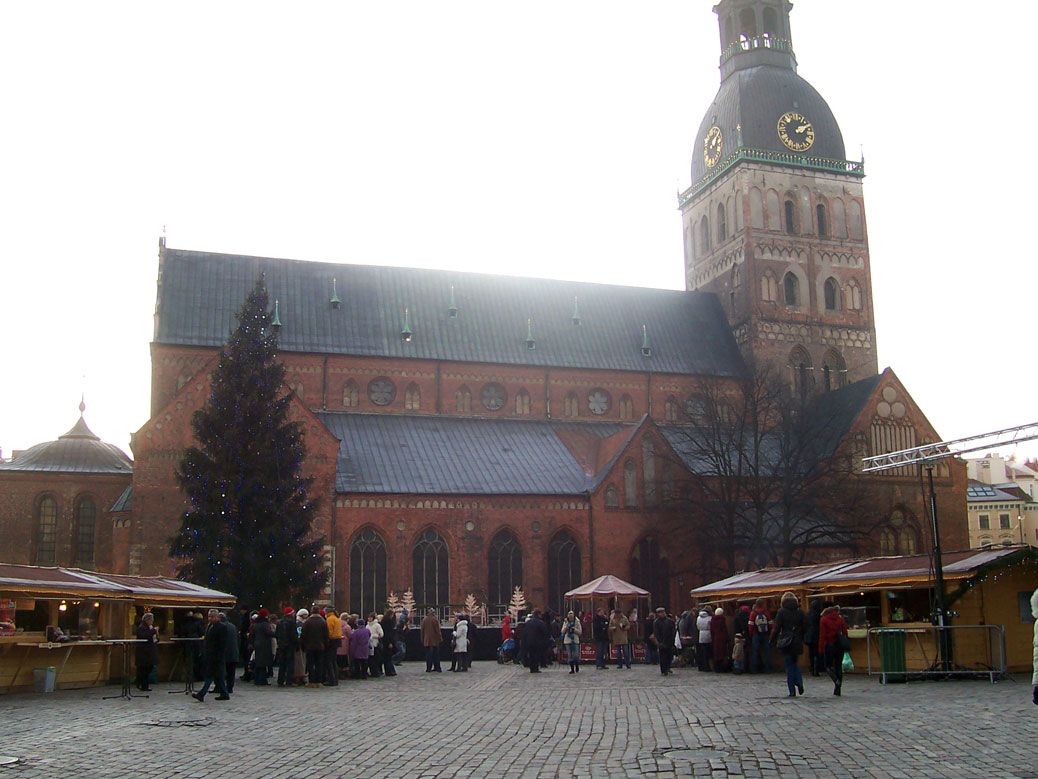 Outside Riga’s picture postcard centre, the lingering influence of Mother Russia was more tangible. Russians make up over a quarter of the population of Latvia, and in Riga that number rises to almost 40%, which is a source of some tension. Latvia’s nervously guarded independence is symbolised by the Freedom Monument, a soaring column on top of which stands lady Liberty holding three golden stars aloft. At the base of the monument two soldiers pace back and forth, armed and ready to defend her, while just opposite are the golden arches of McDonald’s, a reminder of how much has changed since the end of the Cold War. I’m a little ashamed to admit that I ate lunch there one day, though I feel the setting made the act of eating my Big Mac in some way culturally significant. There’s nothing quite like the bland uniformity of a McDonald’s beef patty and the cloying saltiness of their fries to make you question whether global free market capitalism has really delivered on its promises. 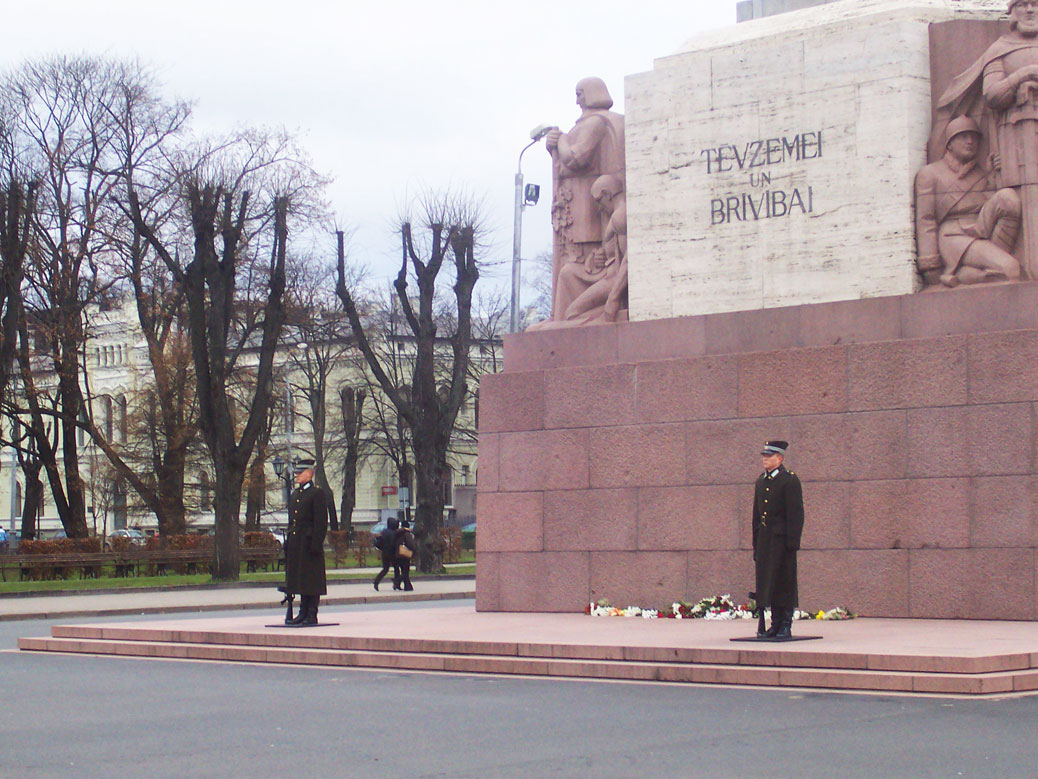 American culture may be in the ascendancy these days, but the darkness of the recent past is the focus for the Museum of the Occupation of Latvia, which documents the particularly grim historical sandwich that befell this country in the 20th century. Invaded by the Soviet Union in 1940, Latvia was then occupied by the Germans in 1941, before the Soviets regained control in 1944. The museum was a powerful reminder of the fact that the suffering didn’t end here when the Nazis left; thousands of Latvians were sent to Stalin’s gulags in Siberia after the war, accused of collaborating with the enemy. 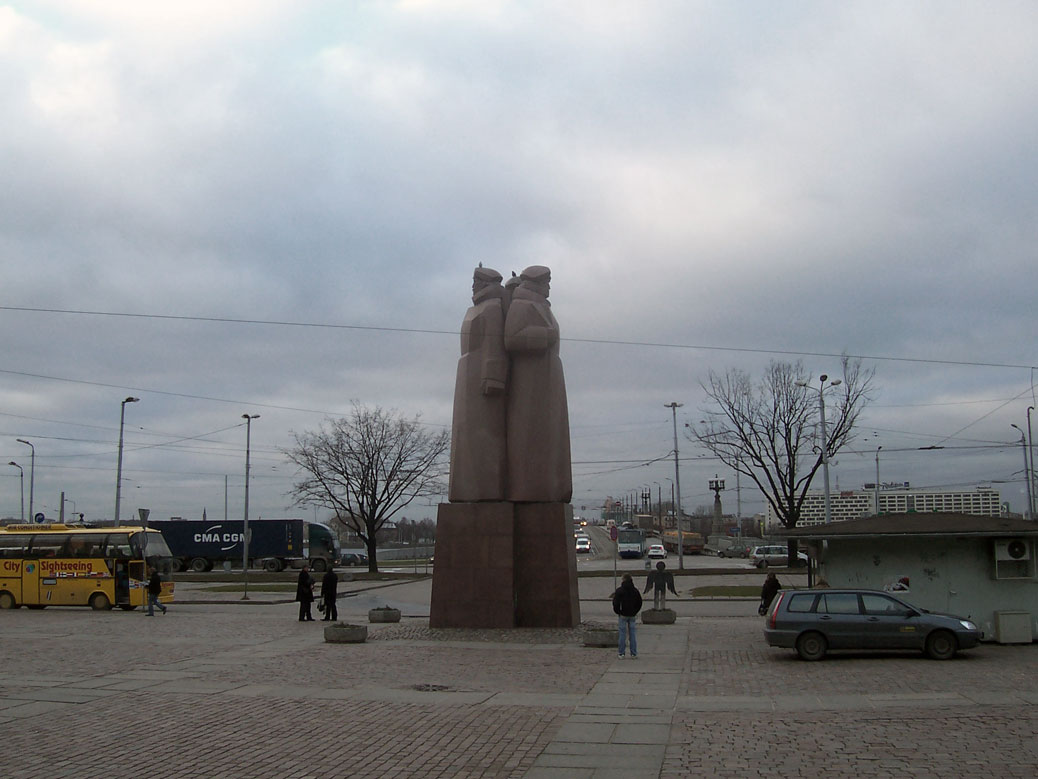 On my last day I decided to get out of the city and see a bit of the Latvian countryside, so I hopped on a very cheap bus to a place called Sigulda, about 30 miles from Riga. On the way out of the city I saw a different side to the capital, an outer ring of dilapidated apartment blocks that were a lot more in keeping with my preconceptions of Eastern Europe than the art nouveau facades and medieval streets of the tourist centre. 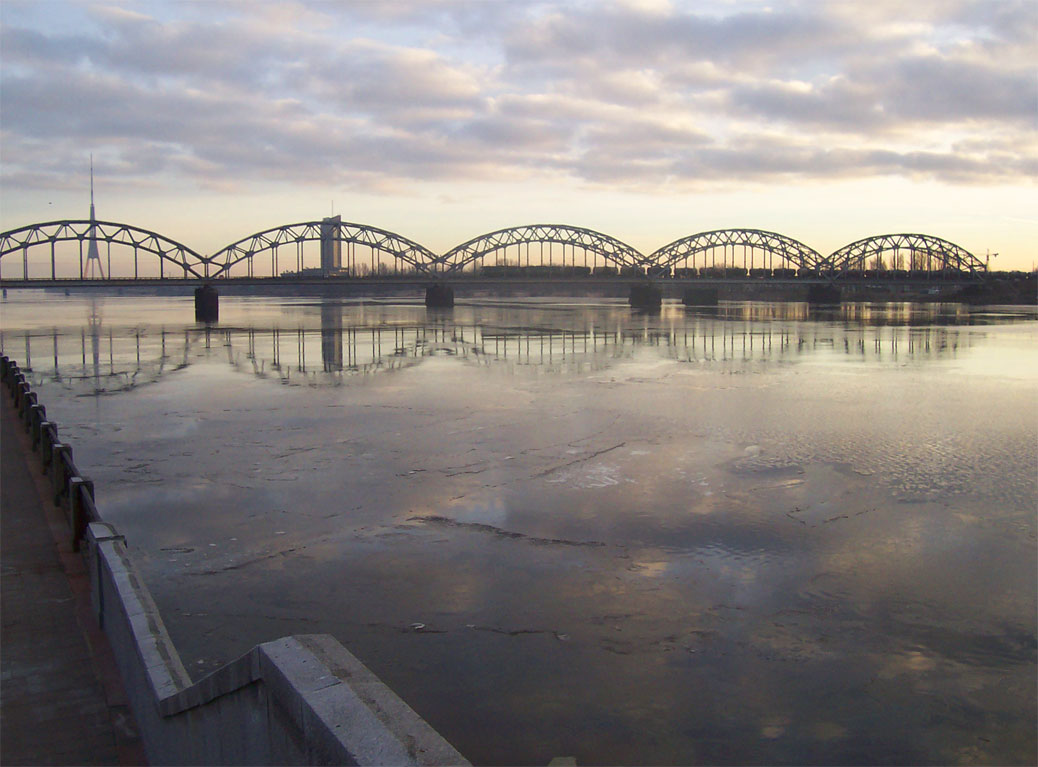 Once outside the city limits, the landscape changed to one of gently undulating pine forest, and the cloudless winter sky seemed to grow ever more blue. From the bus station at Sigulda I made my way down a forested path towards the Gauja river, through a surreal landscape of fairytale castles, wooden churches and icy streams. There was barely another soul around, perhaps unsurprising given the time of year, and there was a bewitching quiet about the place, broken only by the sound of twigs snapping, leaves crunching, and the distant tap-tap-tap of a woodpecker. 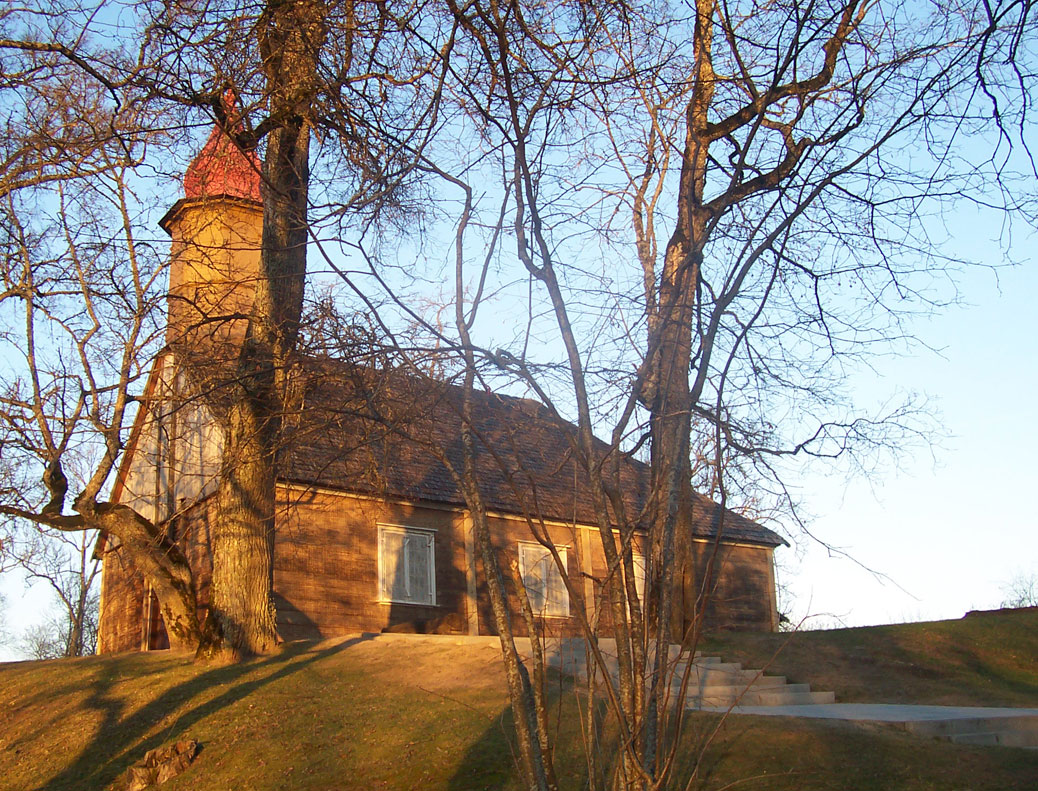 At the bottom of the valley there was a bridge over the river, adorned with padlocks left by newly married couples. I crossed it and carried on up a steep incline towards the castle at Turaida, which I had decided would be the end point of my walk. My guidebook had suggested it would take about 45 minutes to get there on foot from Sigulda, but it took me nearer two hours, and even though it was barely three o’clock in the afternoon the sky was rapidly darkening at this northerly latitude. 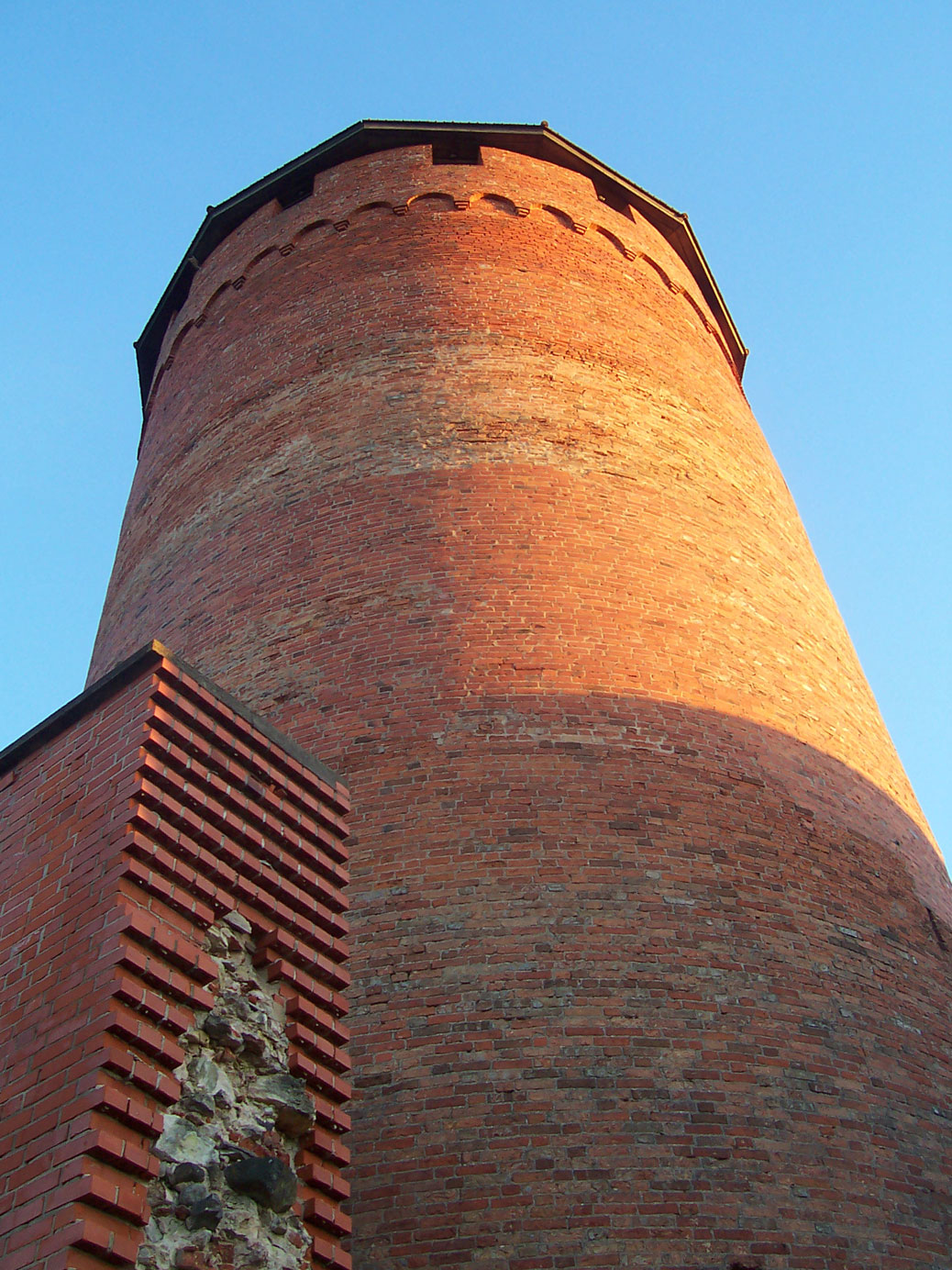 When I got to the castle there were only ten minutes until closing time, and the lonely lady at the ticket booth was reluctant to let me in. I promised her I’d be quick, and had just enough time to climb to the top of the tower and take a few pictures of the sun setting over the stillness of the forest. Darkness was falling quickly now, and I needed to get back to Sigulda in time for the last bus to Riga. My stomach was suddenly gripped by panic; what if I couldn’t get back in time? I’d passed what looked like a bus stop on the way up to the castle, so I headed in that direction, breaking into a semi-jog. There was a timetable pinned up at the bus stop, and it said there was a bus to Sigulda in ten minutes. The next one after that wasn’t for another couple of hours, which would be too late for the last bus back to Riga. I was cutting it fine, and I grew increasingly anxious as the ten minutes came and went. Just as I was weighing up my options – try and find a taxi, hitch a lift, sprint back through the forest? – a bus trundled down the road. I jumped on and, in my best Latvian, asked for Sigulda bus station:

The bus driver looked me up and down, trying to work out how best to deal with this flustered foreigner lost in the forest, before replying in flawless German:

I handed over 25 santīmi, equivalent to about 25 pence, and relaxed into my seat for the short drive back across the valley to Sigulda, where I arrived in plenty of time to catch the bus to Riga.

I’ve often wondered in the years since what I would have ended up doing if I’d missed that bus. Would I have stayed the night in Sigulda? Would I have made it to Riga in time for my flight back to the UK the next day? And, perhaps most importantly, would it have made for a better travel story…? 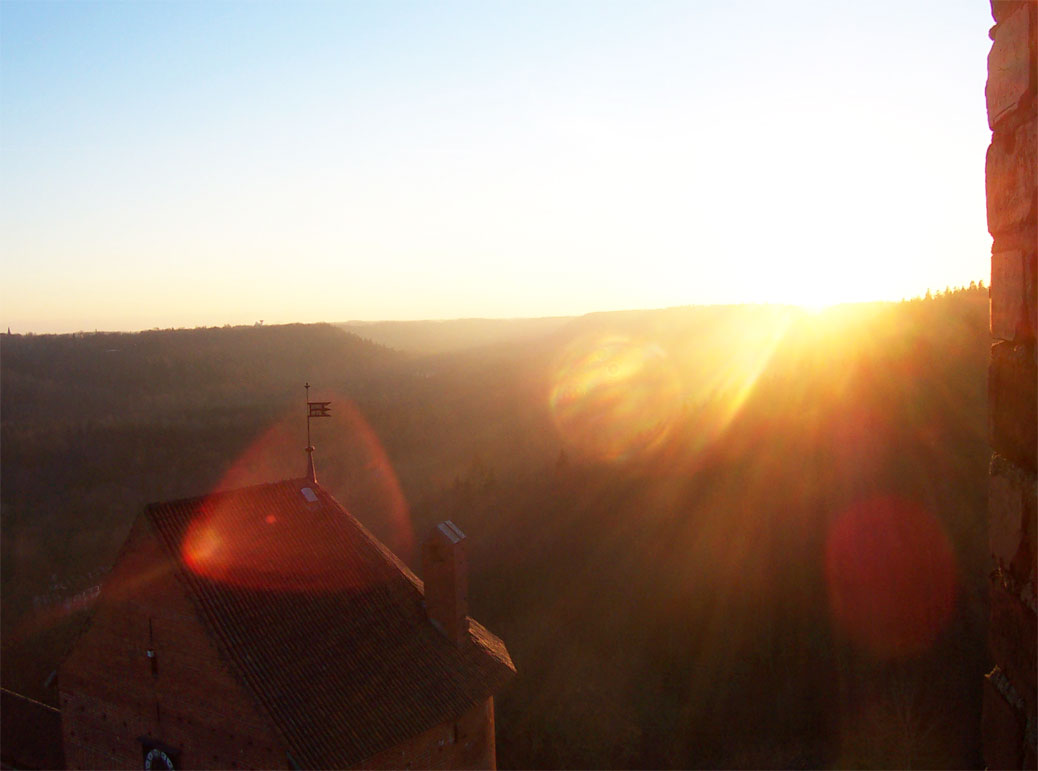 It was a sunny, hangover-free Sunday in June when we decided to embark on the Capital Ring Walk, a 78-mile long route around London that connects up many of the capital’s lesser

“Shkodër! Shkodër! Shkodër!” The row of drivers yelled out their destinations in staccato bursts, eyeing us hopefully as we walked hesitantly towards where their minibuses were parked, along the edge of the sprawling

Not Here
—
Latvia: Christmas trees and castles
Share this