In March 1637, an episode in Dutch history that has come to be known as ‘tulip mania’ reached its feverish zenith. The price for the most coveted varieties of tulip had skyrocketed; the going price for a single bulb was over ten times as much as a skilled craftsman could typically earn in a year. Shortly after hitting this peak, confidence in the market for tulips evaporated, and the price collapsed virtually overnight.

‘Tulip mania’ is believed to be the first recorded instance in history of a speculative bubble. It may seem ridiculous now, but at the time tulips were a luxury item, only recently introduced to western Europe from the Ottoman Empire, prized for their vivid colours. The tulip bubble provided a template for the many cycles of boom and bust that were to follow in its wake; the accumulation, inflation and subsequent collapse in the value of everything from railway stocks to collateralised debt obligations. 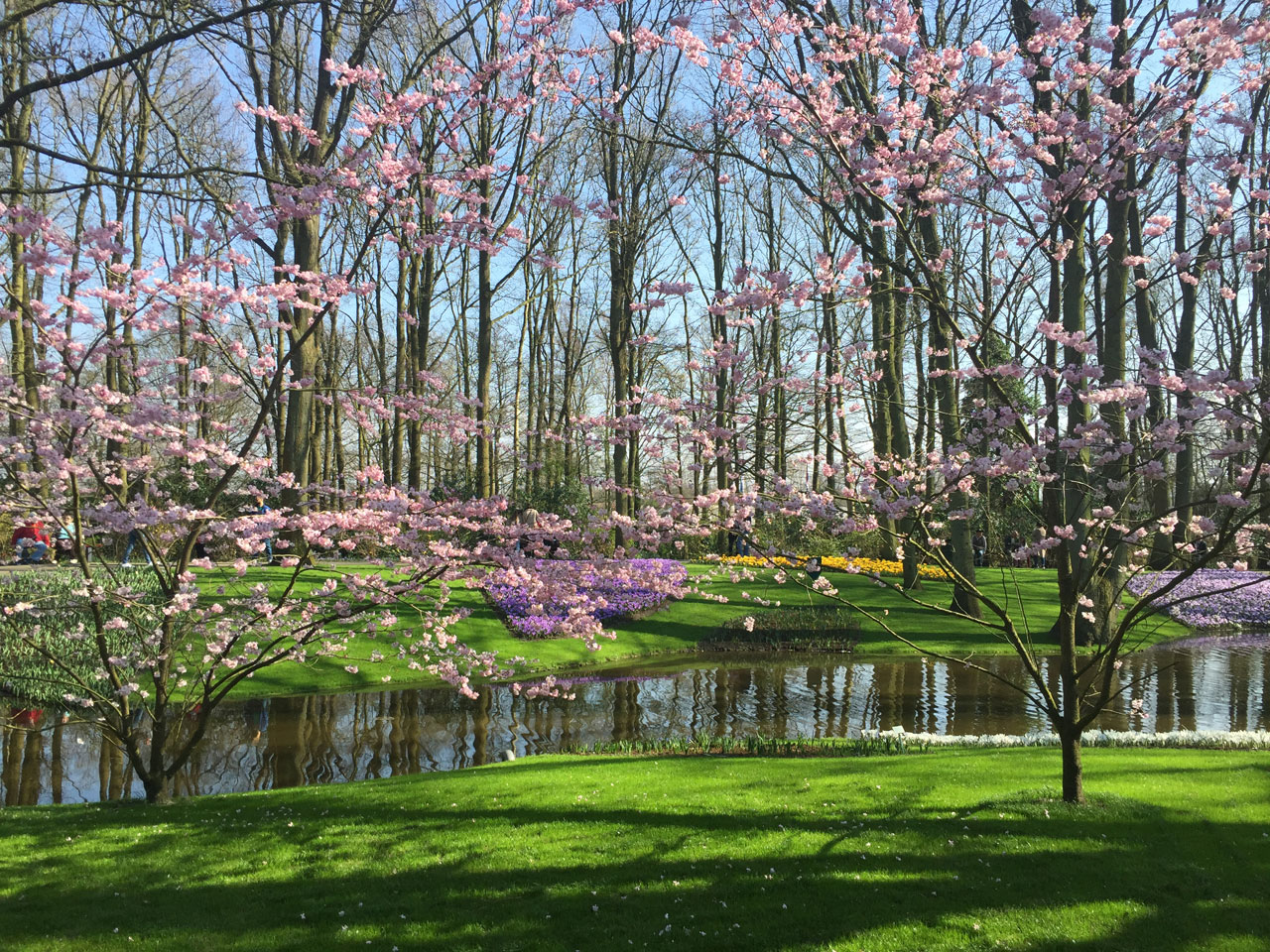 I was reminded of this story at Keukenhof, a famous flower garden just outside Amsterdam. The tulip season in Holland is brief, and Keukenhof is only open for a couple of months a year. I was there on a warm and sunny day in early April, and the park was filled with families and tourists enjoying a sunny Sunday afternoon outing, the crowds a testament to the enduring allure of those same colours that prompted so many people to part with their money and their sanity in the 17th century. Although these days the crowds come wielding selfie sticks looking for the perfect Instagram shot; sufferers, perhaps, of a more modern mania. 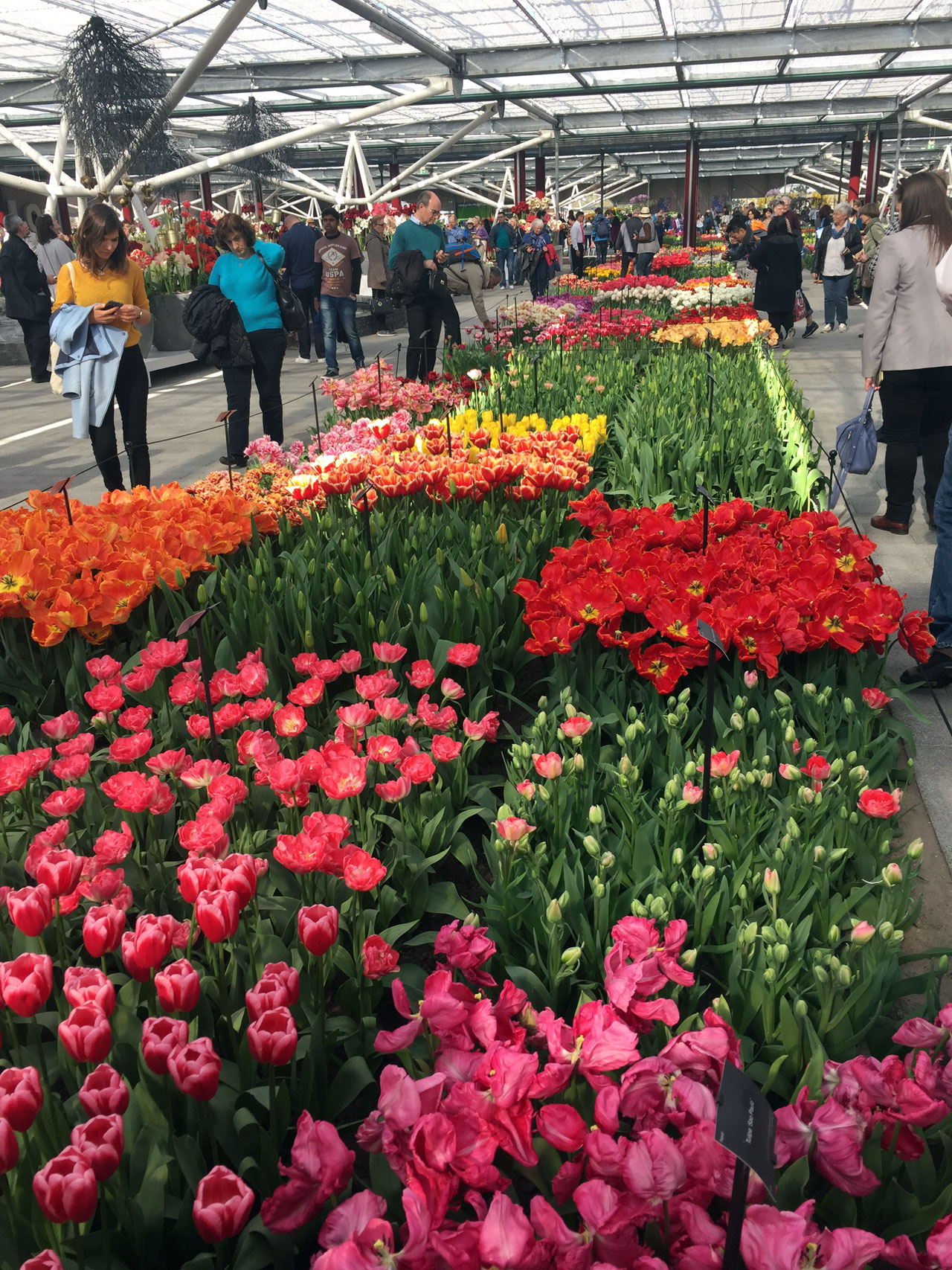 Originally part of a private estate surrounding Keukenhof Castle, the gardens were later turned into a marketplace for flower growers to show off their wares, and opened to the public in 1950. This ‘shop window’ function is still an important part of Keukenhof, and each display is accompanied by a little plaque that tells you the name of the flowers and who grew them. The central Willem-Alexander Pavilion was lit up by a kaleidoscope of tulips, and I found all manner of fantastic blooms with silly names like ‘Tulipa Hotpants’ and ‘Tulipa Spongebob’. 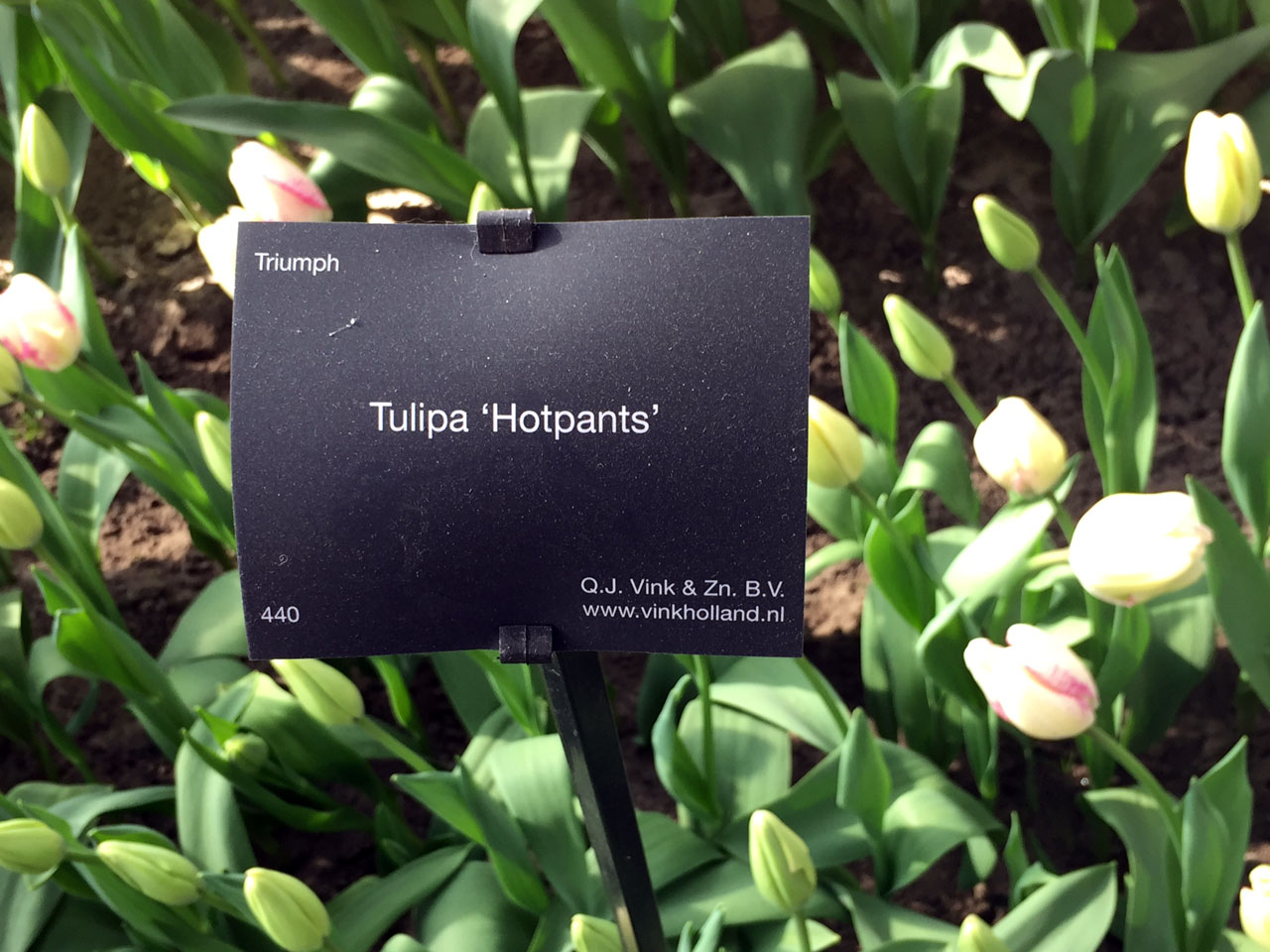 You can’t actually buy any bulbs to take home at Keukenhof, and we were told to steer clear of those being sold in the souvenir shops of Amsterdam; bulbs for spring flowers such as tulips and daffodils are harvested in summer and sold in the autumn, so the only bulbs on sale in spring are leftovers from the previous year, which have been hanging around for six months and will be dead by the time the next planting season comes around. The fact that a scam market selling the old bulbs exists is perhaps another reminder that the appeal of these colourful flowers remains strong; tulip mania is alive and well in 2016. 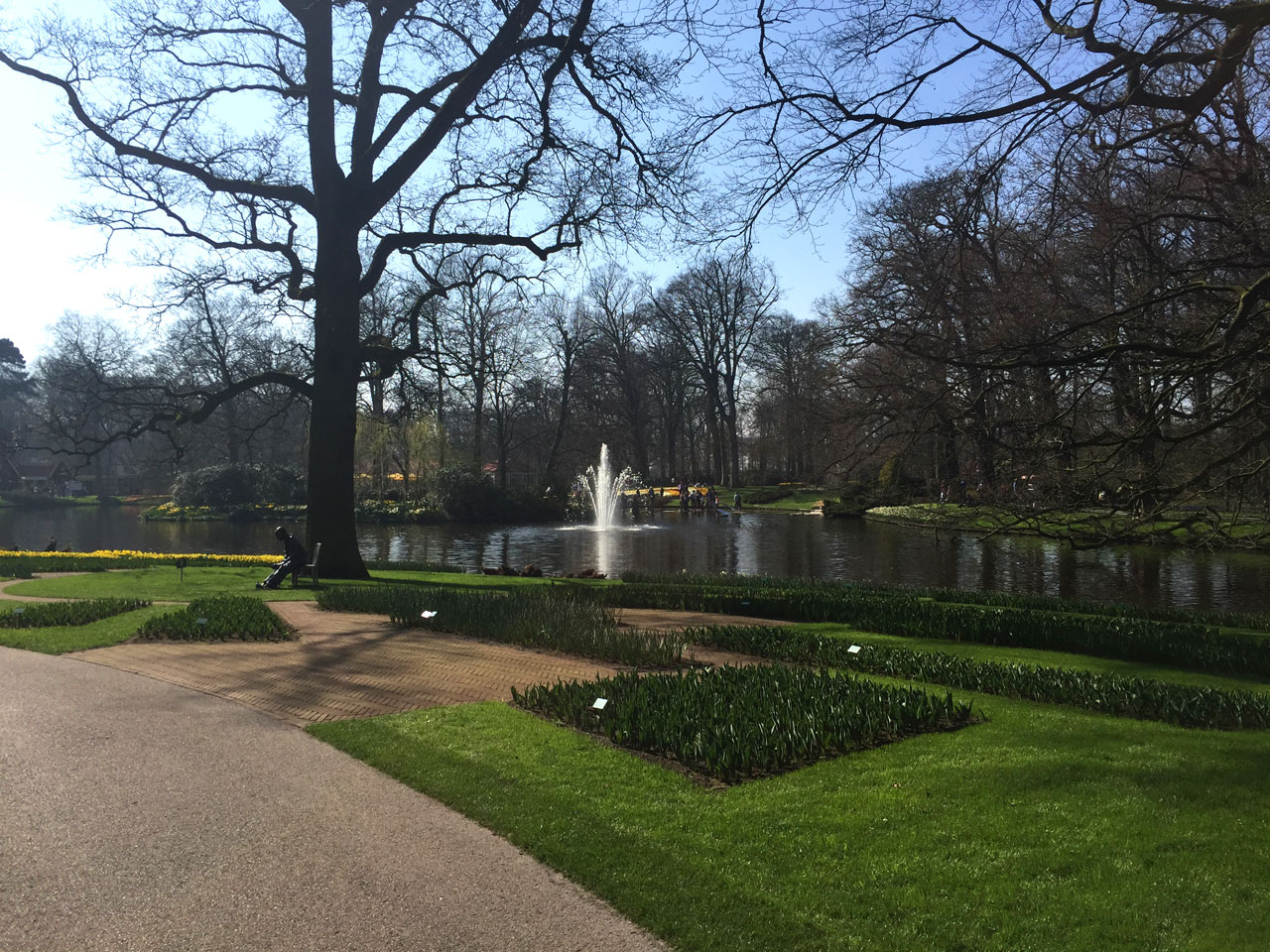 Havana is often described as a city stuck in a timewarp, and perhaps that was true once. For me, however, the label didn’t quite fit; the Cuban capital was more like one

Kilometre zero. In Spain, all roads lead to this one point, the axis around which this fractious kingdom of independent-minded regions turns. The spot is marked by a paving stone inlaid with gold