The traffic honked and screeched and beeped and buzzed, a seething mass of organised anarchy. A constant stream of motorbikes, carrying up to four people at a time, wove in and out of fruit sellers in conical hats and precarious cyclo taxis ferrying wide-eyed tourists to and fro. Hanoi’s Old Quarter, a dream-like maze of perfumed streets where the ancient clashes noisily with the new, was my bewildering introduction to the Far East.

Grim statistics confirm that it’s a daily dance with death, but it’s also an automotive Cirque du Soleil, with everything from six-foot high mirrors to dead cattle balanced improbably on the driver’s lap or lashed to the saddle with rope. The only way to cross the road is to do as the locals do, walking slowly but confidently straight across. It feels unnatural, unsafe, at times insane, but mostly it works and the forcefield holds, the traffic parting around you as if magnetically repelled. 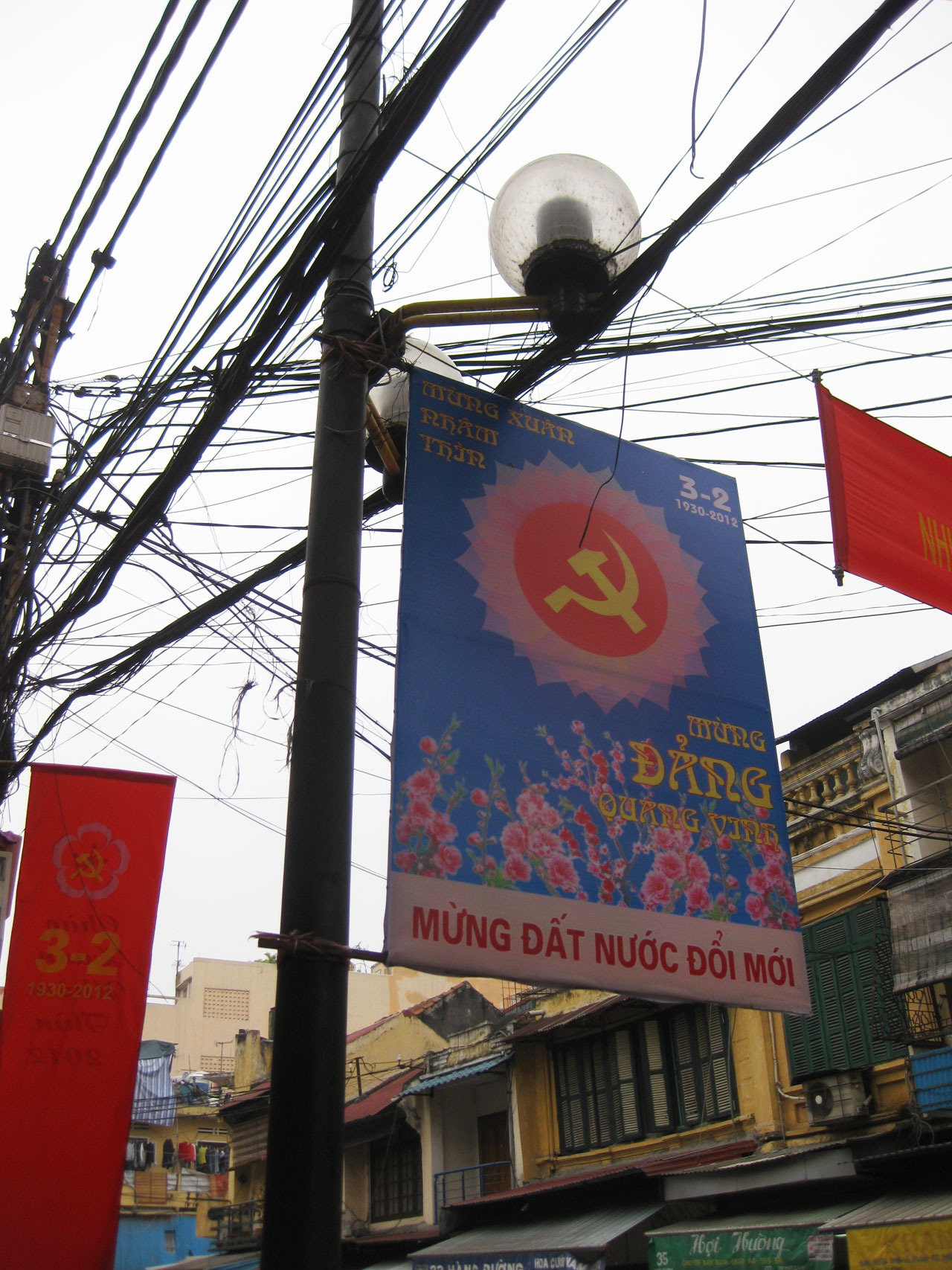 Master the art of crossing the road in one piece and you’ll start to notice that each street in the Old Quarter, whose names seem deliberately chosen to confuse tourists – Hang Ma, Hang Ca, Hang Ba, Hang Ga – is devoted to a single trade. One minute you’re on a street lined with shops selling only paper lanterns, a fug of incense hanging in the February drizzle, then you turn the corner and the smell changes to engine oil, every shop given over to the repair of the ubiquitous motorcycles. Even when stationary the bikes are a nuisance, parked on every available patch of pavement, forcing you to walk in the road.

Indeed space is at such a premium in the Old Quarter that life frequently spills into the street. Bia hoi, said by the locals to be the world’s cheapest beer, flows freely at Hanoi’s low-key roadside bars. It costs just 30p a glass, a bargain as long as you don’t mind sitting on a tiny plastic stool at the edge of the pavement, bikes whizzing by. We spent an afternoon sat on these ridiculous little seats like grown-ups at a child’s tea party, the occasional wandering vendor stopping by to try and sell us a novelty lighter or a bag of bananas. One enterprising group of young men even offered to repair my battered trainers and give them a good scrub with a toothbrush.

“There’s no point in cleaning them,” I protested, as politely as I could. “They’ll just get dirty again. Have you seen this place?”

It wasn’t an entirely unkind thing to say. Here the streets are more than just sanitised conduits for the accumulation of consumer goods; they are where life is lived, with all the debris and detritus that entails. Rubbish is disposed of at the end of the day by burning it in a little pile by the side of the road, releasing aromas of burning paper and pungent melting plastic into the already heady streetside brew of fresh fish, raw meat, rotting vegetables and joss sticks. 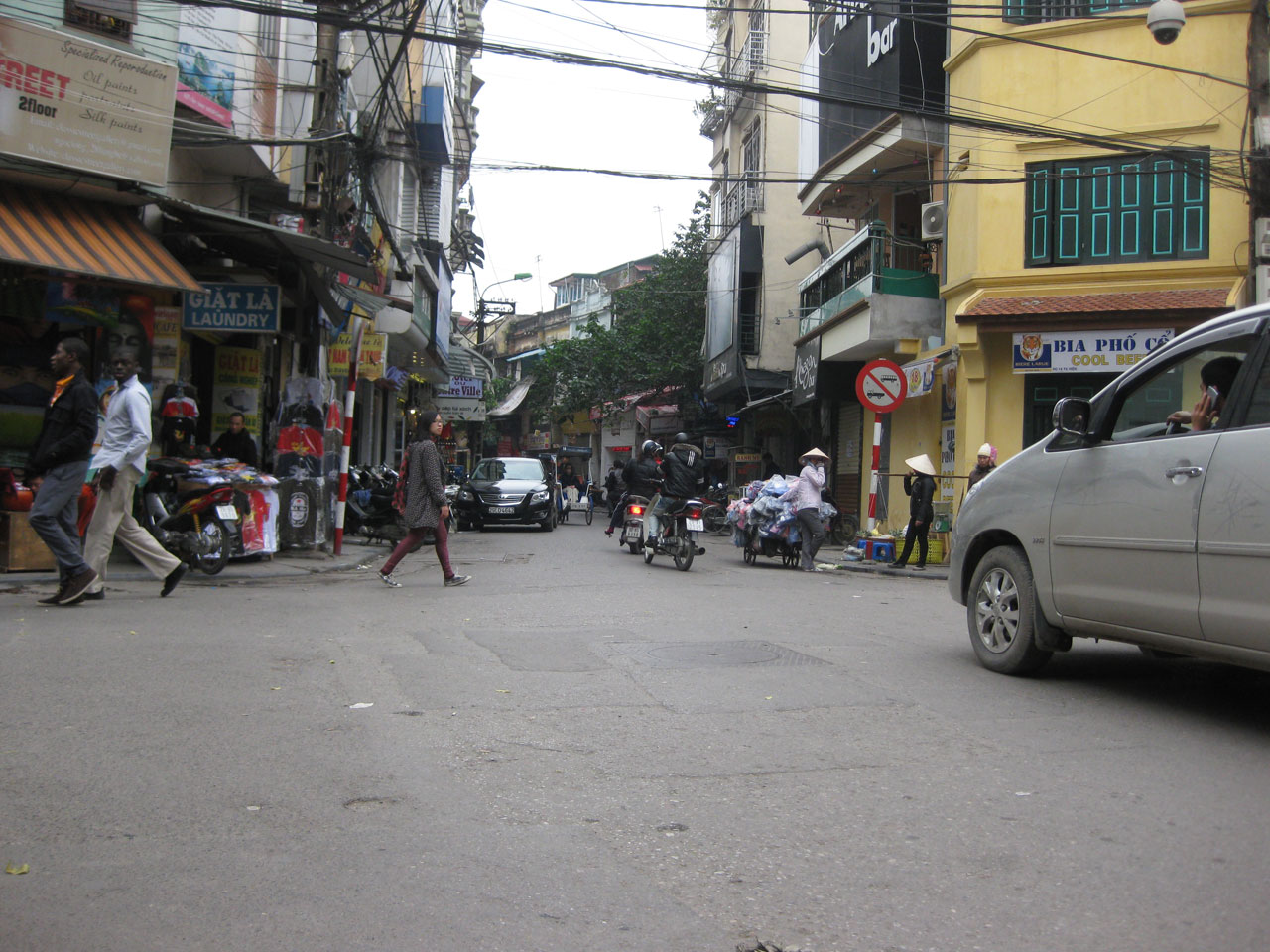 We spent a long night exploring the Old Quarter’s boisterous bars, dingy dives packed with hyperactive gap year kids sinking shots and sleazy sexpats lurking in the shadows by the pool table. By 2am the new Australian friends we’d made were imploring us to accompany them to some sketchy-sounding club under a bridge.

“I dunno man… How do we get there?” I asked, swaying slightly.

“These guys are going to take us on the back of their bikes.”

Three locals waited astride their mopeds, smoking cigarettes and joking with each other in staccato Vietnamese while we dithered. There was no way I was getting on the back of one of those.

“There’s no way I’m getting on the back of one of those,” I said.

And so we’d called it a night and staggered home to our hostel, where we found the front door locked. A lot of banging on the glass eventually roused the receptionist, who had been asleep on the floor of the lobby surrounded by yet more bikes. 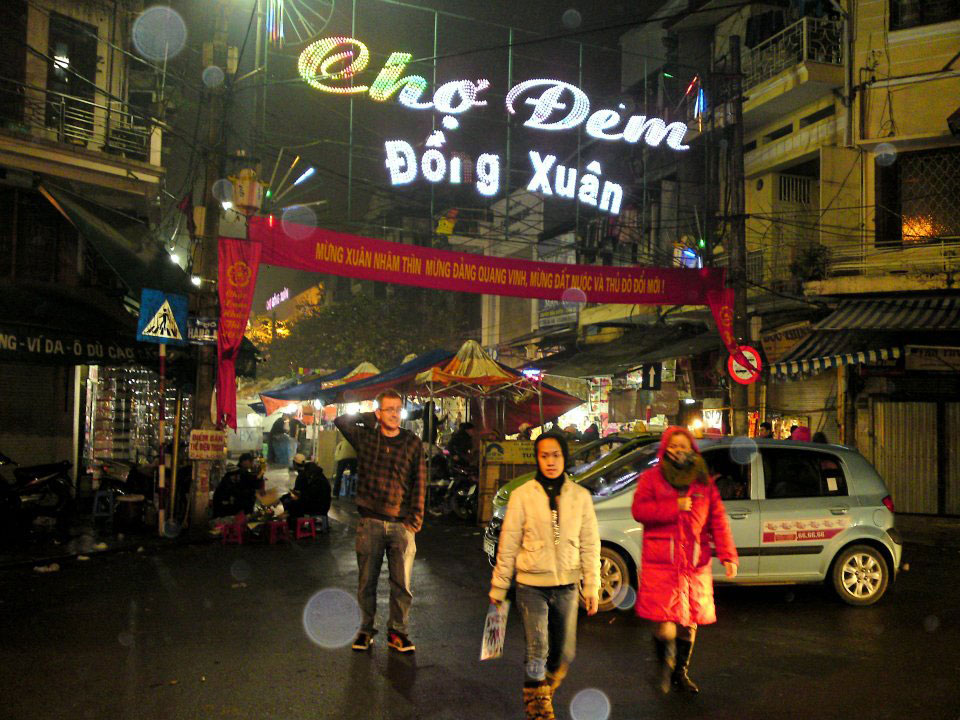 The next morning we woke up to the after-effects of the world’s cheapest beer, so we set out to find the cure. This turned out to be a bowl of steaming pho dished out by a jovial old woman, gap-toothed and with a head like a walnut, the contours of her face mapped out by deep lines. One for each traumatic event in her life, perhaps, or the life of her country. The Second World War, the war with the French, the American War, all within her lifetime. Alas, she spoke no English, and we no Vietnamese, so our conversation was limited to smiling and enthusiastic slurping. She seemed to enjoy watching us, two lanky westerners squatting on her little plastic chairs, knees almost up around our ears, failing miserably at fishing out noodles with our chopsticks. 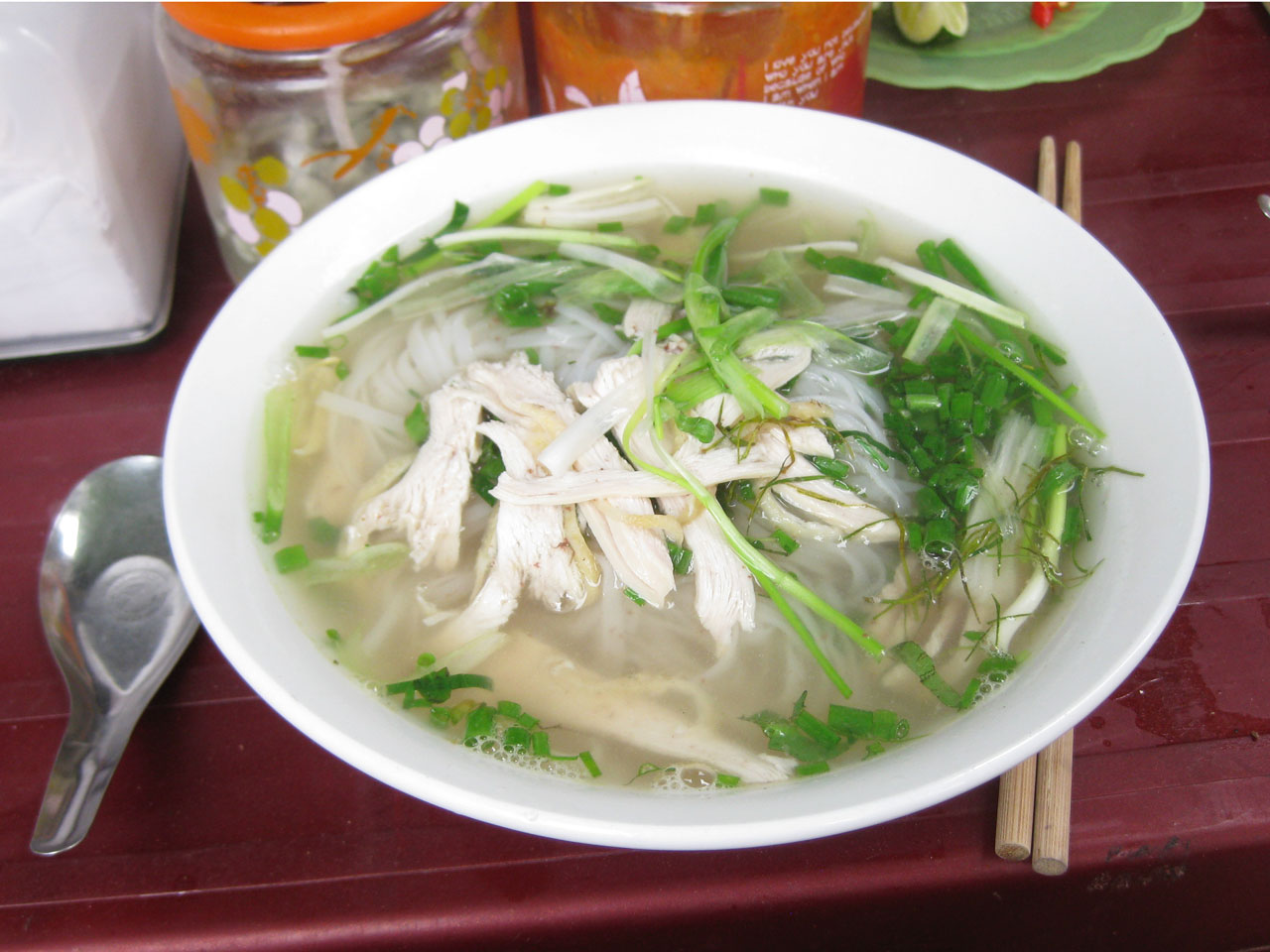 Sadly our stay in Hanoi was brief, our tour of the main sights hurried, and I left feeling like we’d barely started to get to grips with the city and its place in Vietnam’s turbulent recent history. But perhaps, in dwelling on the past, I was missing the point, since Vietnam is a country hurtling headlong into an exciting and uncertain future. A place where you cling on to your handlebars for dear life, and where you walk out into the middle of the road every day and hope for the best.

Stuffed into a battered old cardboard box at my parents’ house, where I’ve been staying over Christmas, is a veritable treasure trove of childhood holiday memories. Hundreds of photos document the tortured

Not Here
—
The streets of Old Hanoi
Share this