It was a miserable grey smear of a December day in ‘Gib’. After several days travelling the coast of Spain in splendid sunshine, we arrived in this little British enclave to find British weather awaiting us. At the centre of the murk was the local branch of Morrisons, situated on a glum roundabout near the port, sucking the clouds southwards from the UK in a drizzly tractor beam. 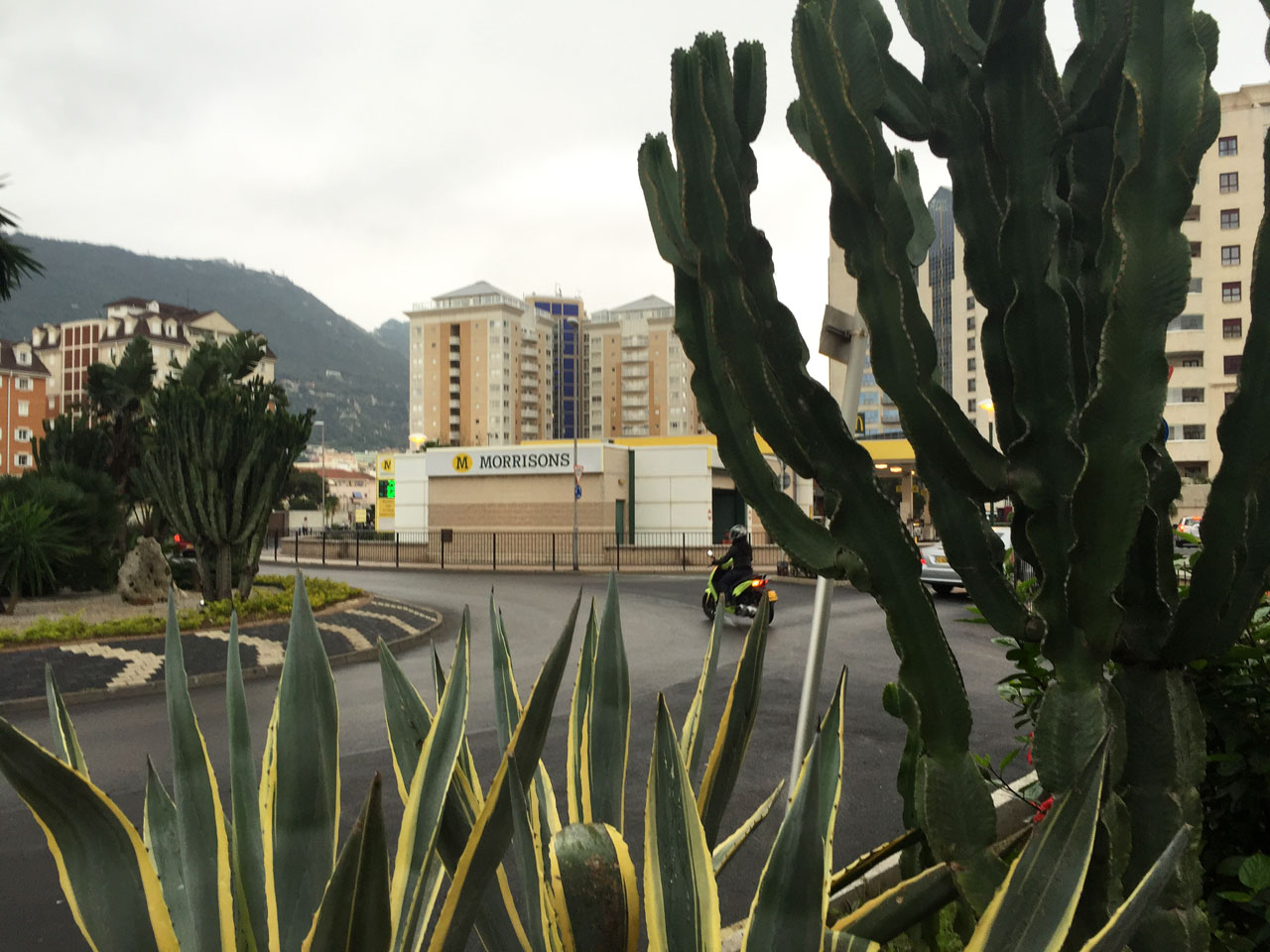 Am I being harsh on Gibraltar? Possibly, but it didn’t make a great first impression. Of course, I’d heard all the stories before about how the Rock is more British than Britain itself. I expected the pubs called The Lord Nelson and The Trafalgar, the red phone boxes and post boxes, the fish and chips. I was prepared for somewhere quaint and jingoistic; what I wasn’t expecting was somewhere so depressingly reminiscent of a run-down British seaside town. 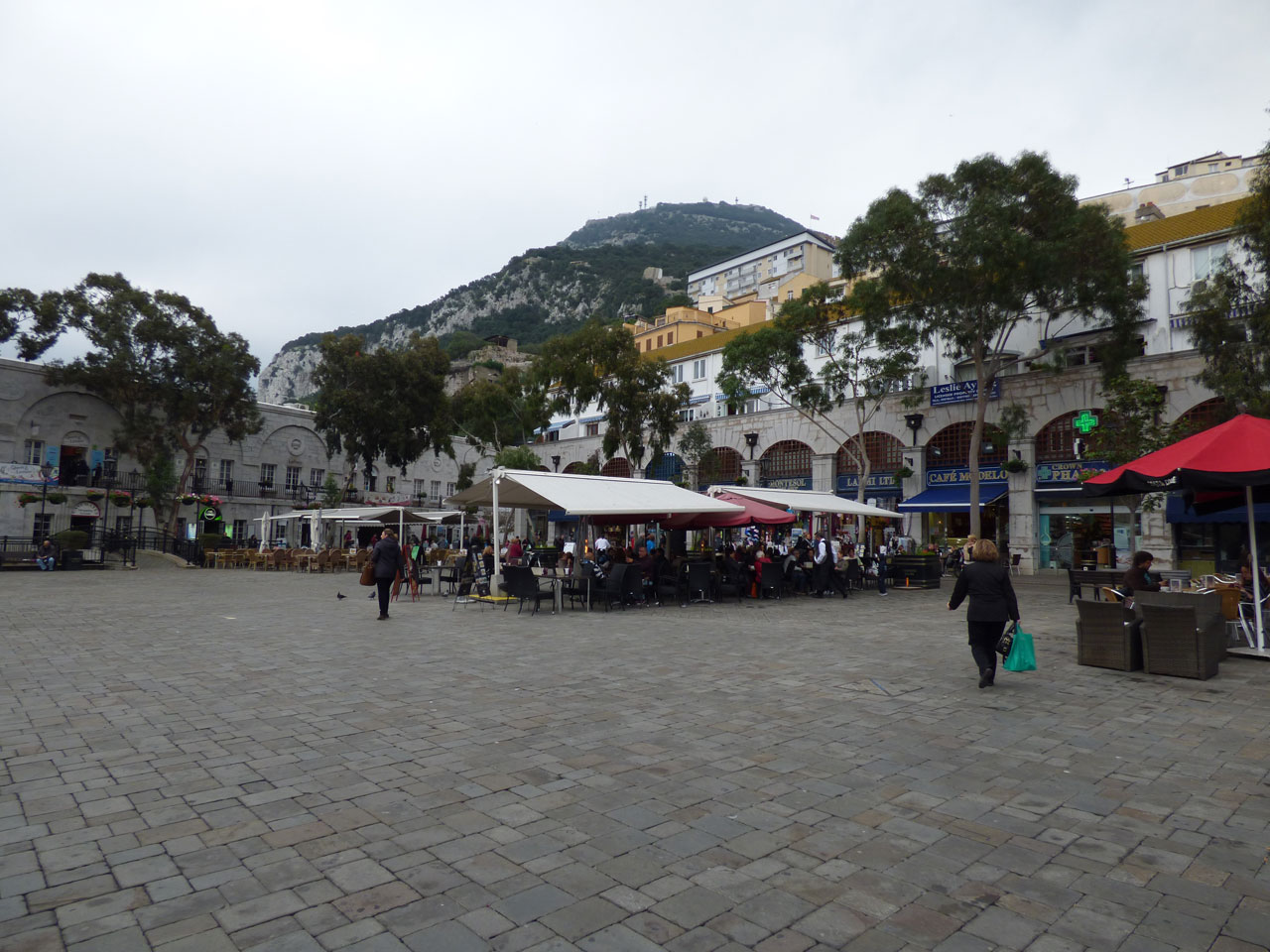 Perhaps I should have paid less attention to the present, and more to Gibraltar’s past. This place has endured countless sieges over the years, and the town centre is encased within sturdy defensive walls and bastions built by the British during the 18th and 19th centuries. Further up on the side of the Rock clings a castle built by the Moors, who first gave this hulking chunk of limestone its name: Jabal Tariq, ‘Tariq’s mountain’, named after the Ummayad general who led the Muslim conquest of the Iberian peninsula in the 8th century. The whole place has the feel of an embattled community dug in against outside forces, a palpable siege mentality. Having said that, Gibraltar is by no means a homogenous outpost of bulldog Brits; I was surprised by how much Spanish I heard being spoken on Main Street, and by the surreal sound of native Gibraltarians switching back and forth between languages mid-sentence. 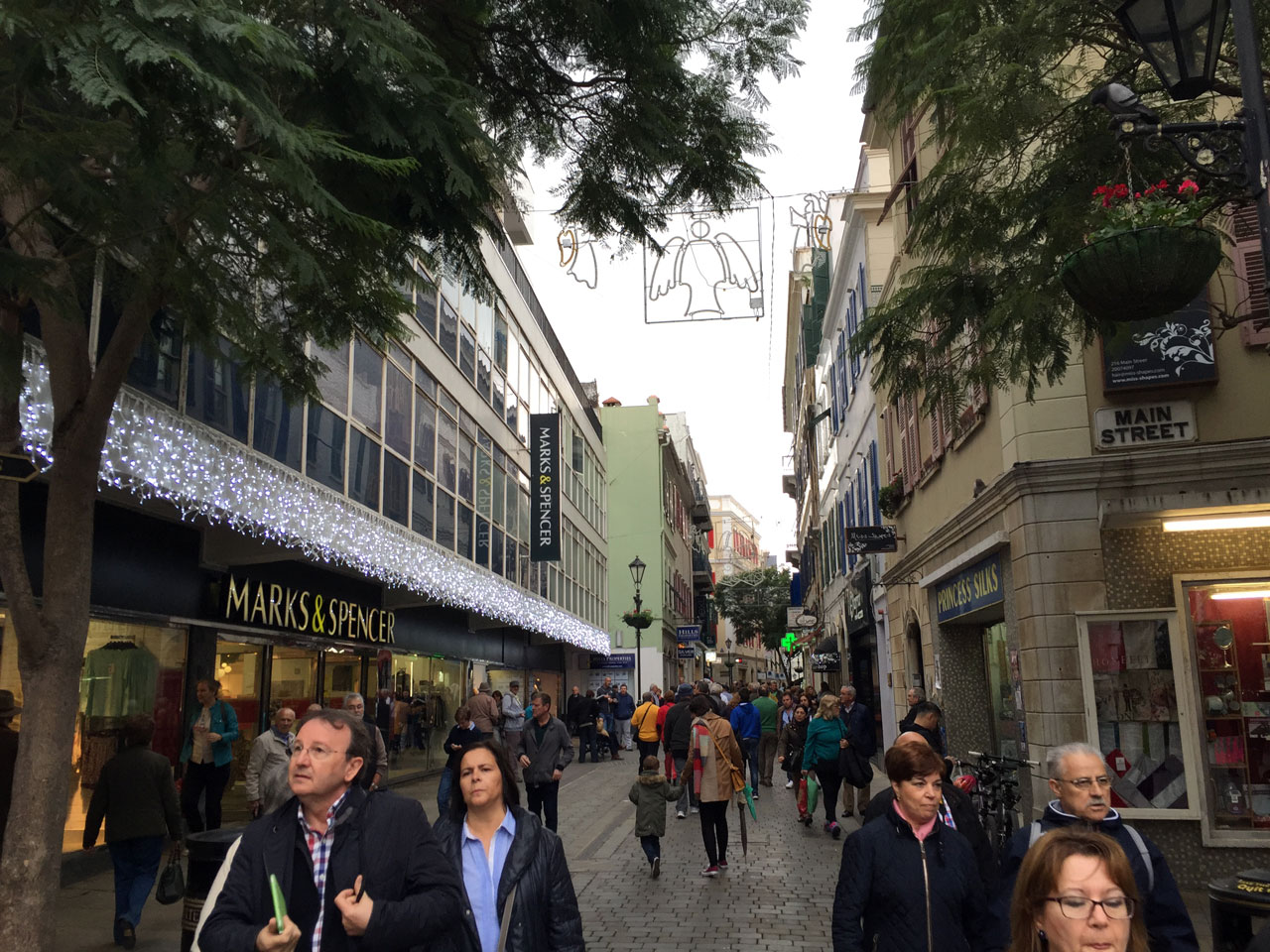 We dawdled along Main Street in something of a daze. This pedestrianised thoroughfare doesn’t just look like a Spanish street with British shops, it genuinely resembles a dreary British high street that’s been air-dropped into southern Spain, perhaps by an RAF helicopter en route to the Falklands. Marks and Spencer, BHS and WH Smith were all present, lending the street that identikit quality that so typifies Britain’s crap provincial towns. If Ukip ever came to power in Britain and invaded Spain, this is what it would end up looking like. 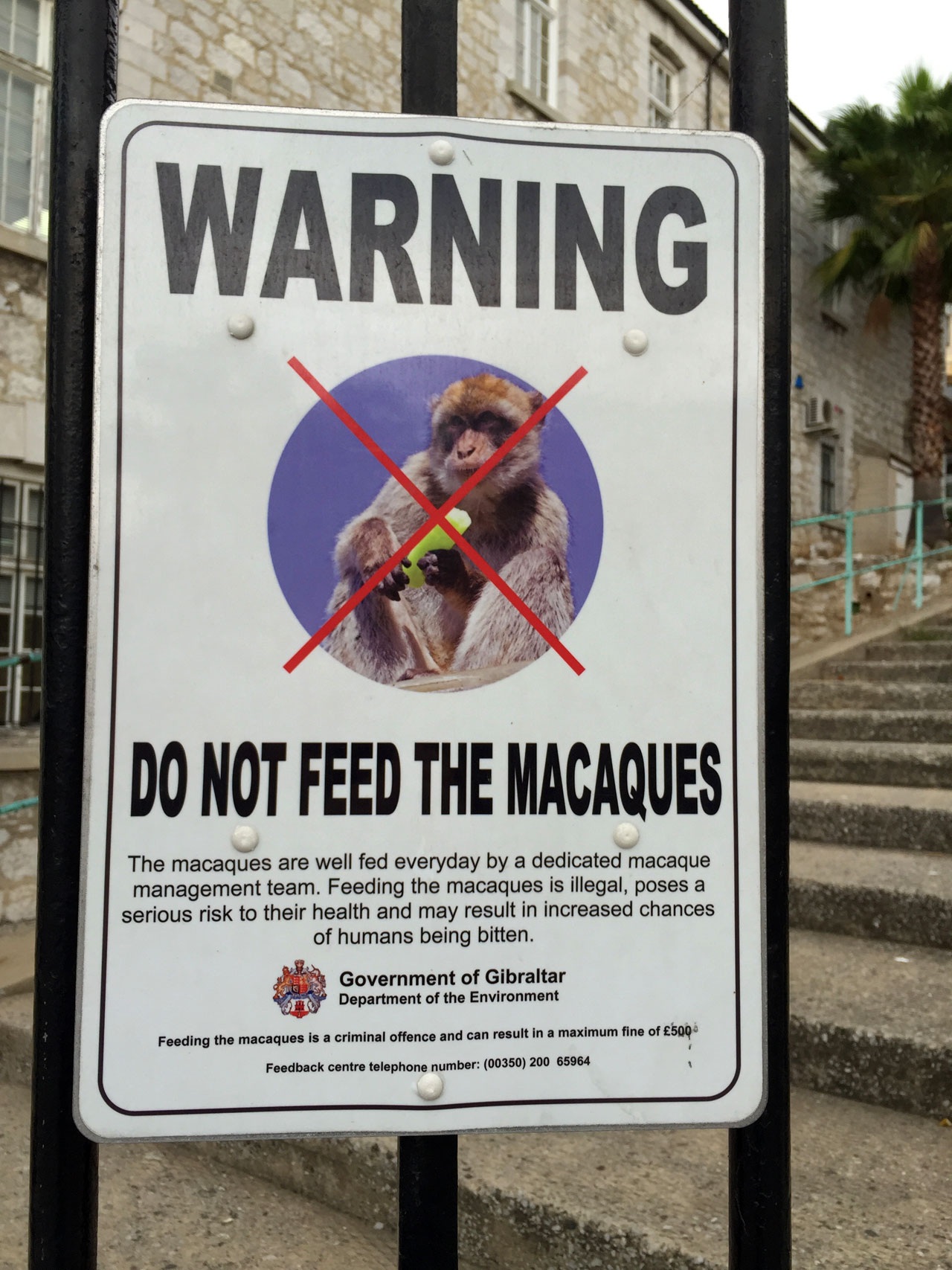 Gibraltar’s one saving grace, for me at least, was its monkeys. I love monkeys. At the southern end of Main Street we brushed off the touts trying to lure us on their bus tours and boarded the cable car up to the top of the Rock, where the famous apes live. The ascent was steep, and the panoramic views from the top would have been pretty spectacular, were it not for the fact that Gibraltar is so unrelentingly ugly. To be fair, I’m not sure it really pretends to be otherwise; it’s a busy port, as is the equally unsightly Spanish town of Algeciras to the west. The sense of anticlimax was compounded by the clouds strung above the Straits, with the mountains of the Rif barely visible in the distance; this was my first ever glimpse of the African continent, Morocco in monochrome. 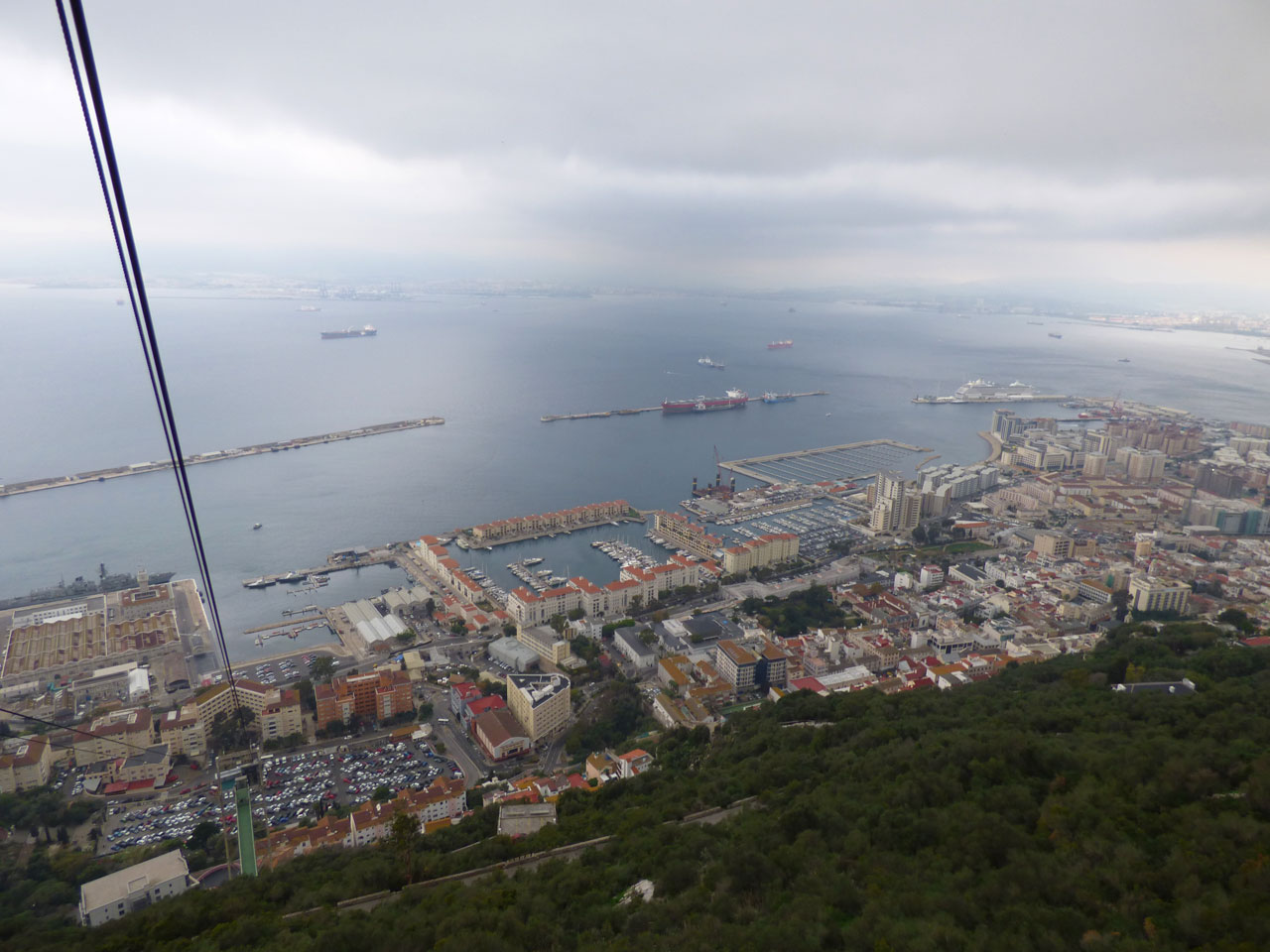 The Barbary macaques who live at the top of the Rock are not shy. As the cable car came to a halt, there was a cacophony of metallic bangs as a troop of pink-faced apes leapt down from somewhere above us and gathered on the gangway, their beady eyes focused expectantly on the new arrivals. There are signs all over the Rock warning visitors not to get too close to the macaques, imploring you not to encourage misbehaviour by giving them food. But, of course, there is always someone who thinks they know better. We hadn’t gone far up the path when we heard a screech behind us, and we turned to see a terror-stricken woman with a monkey attached to her head. The ape seemed faintly amused as it yanked on her hair, while she flailed about screaming, still clutching the selfie stick with which she had presumably provoked the poor, confused little beast. I couldn’t help rooting for the monkey. 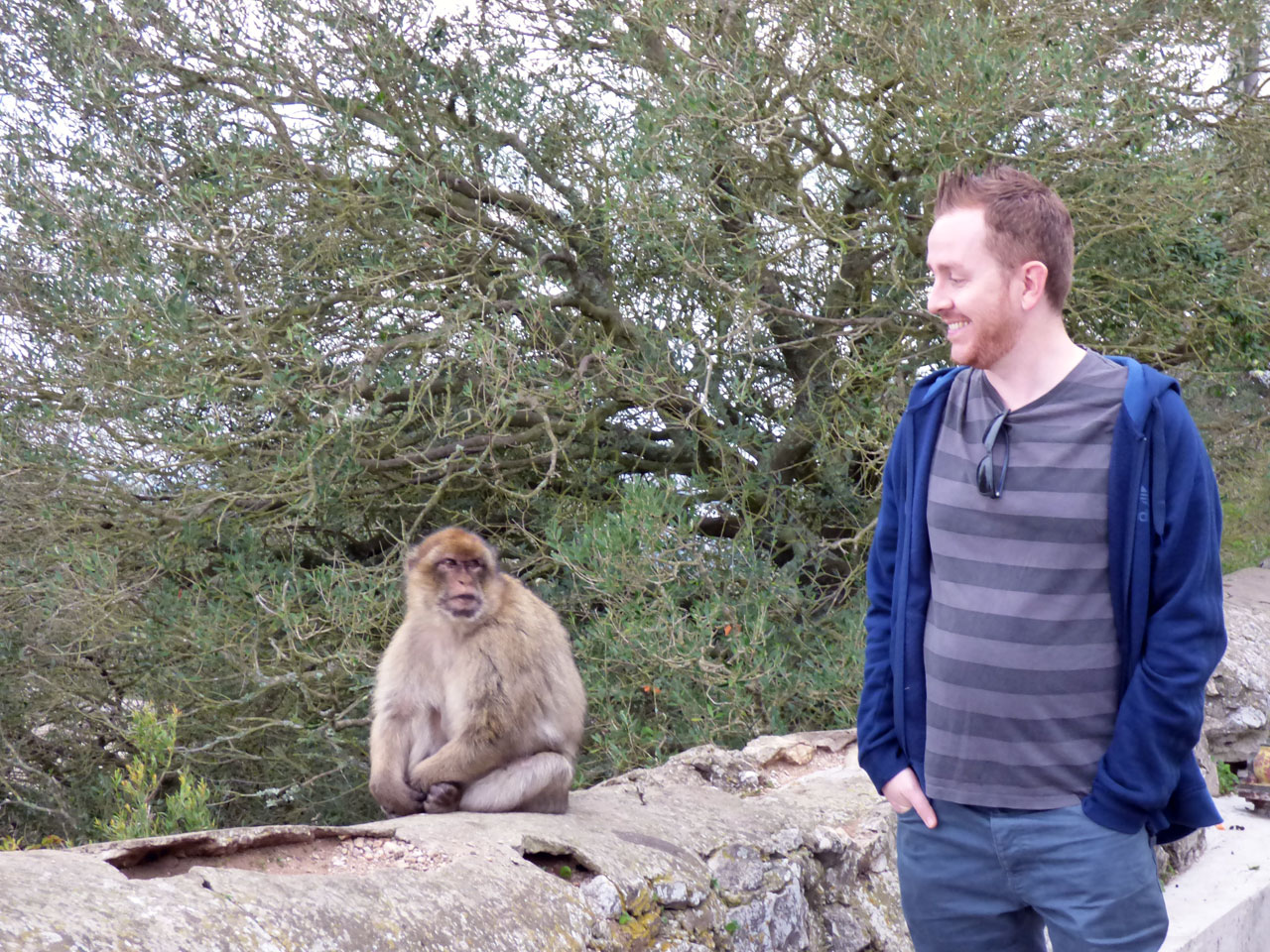 The Karpaz Peninsula is long, longer than you think. Often described as the ‘panhandle’ of Cyprus, this thin strip of land protrudes from the eastern side of the island like a spindly finger,

As something of a compulsive travel planner, it’s not often that I turn up in a city with no idea of what to do when I get there. But Cartagena was the

Not Here
—
A grey day in Gibraltar
Share this