I glanced absent-mindedly at my phone, as we twenty-first century types tend to do every five minutes, and it caught me a little by surprise. According to the screen, it was Monday 2nd November. I had sort of forgotten, consumed as I was by the sights and sounds of a sunny morning exploring Funchal’s mosaic-tiled streets. 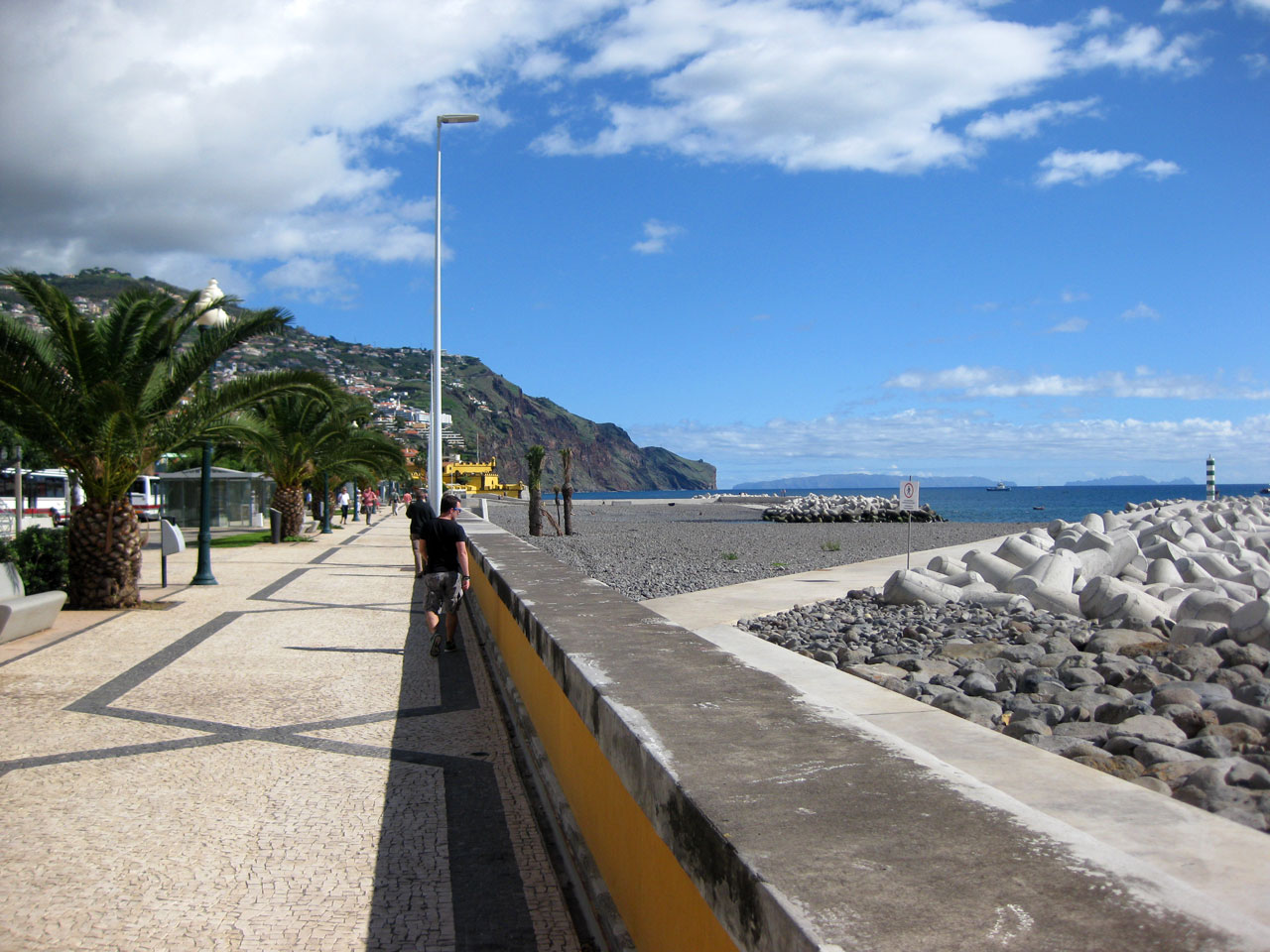 Funchal is the capital of Madeira, a Portuguese island that lies closer to Marrakech than it does to Lisbon, and the mild climate means that a day such as this one, with highs in the mid-20s celsius, is pretty normal in November. The city crowds around the base of a ripple of hills, on a broad bay looking out towards the uninhabited Ilhas Desertas. As lunchtime neared, the narrow cobbled lanes of the old town were filled with the smell of sizzling scabbardfish, while overhead dangled cable cars on their way up to the hilltop village of Monte. 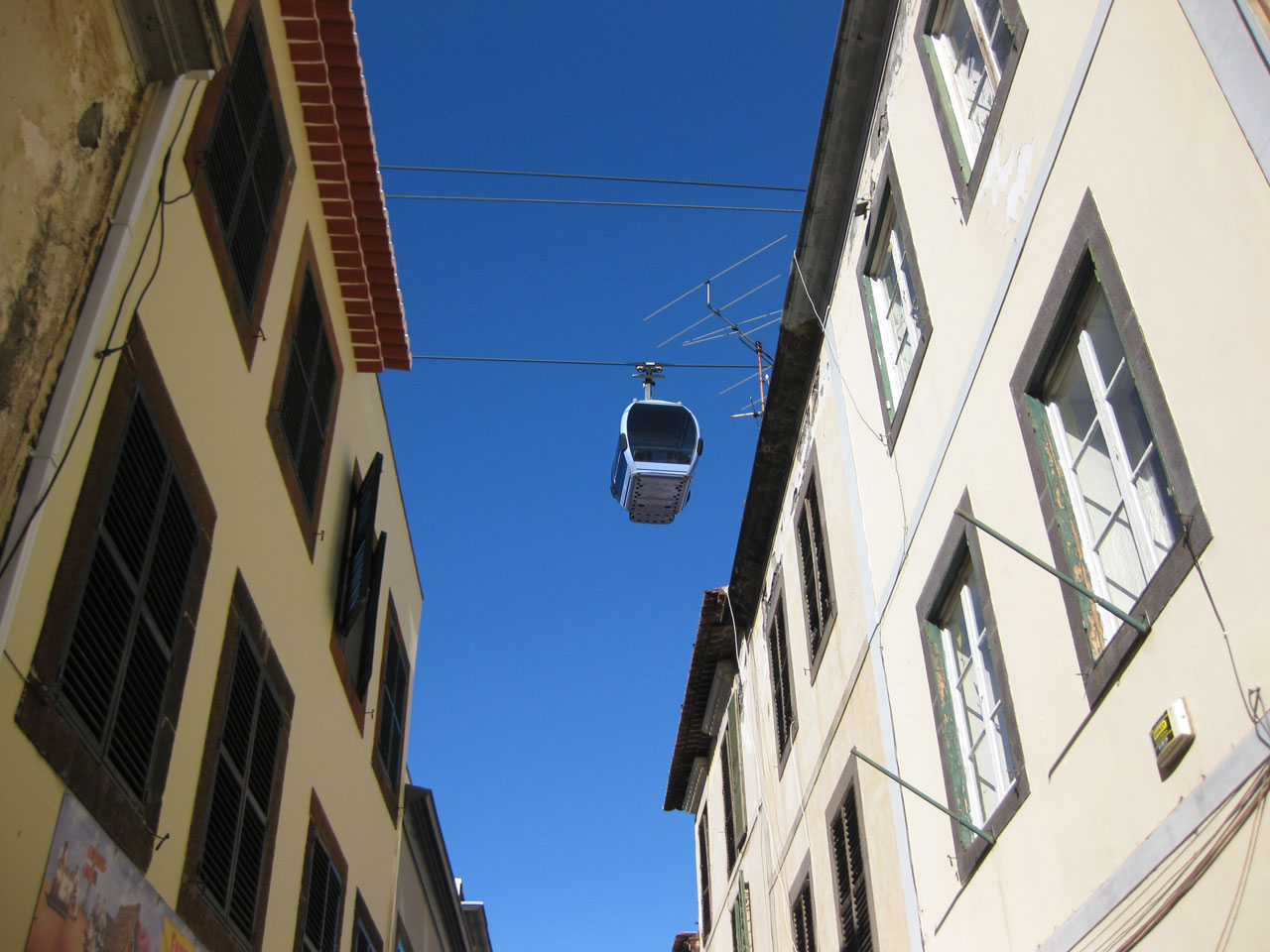 As I wandered along the Rua de Santa Maria there was enough sunlight filtering through the gaps between the houses to illuminate the colourful doors that line this street, decorated in myriad styles as part of a project to brighten up and rejuvenate the area. Each door had been transformed into a canvas, with exhibits ranging from intricate metal sculptures to portly nudes of dubious artistic merit. 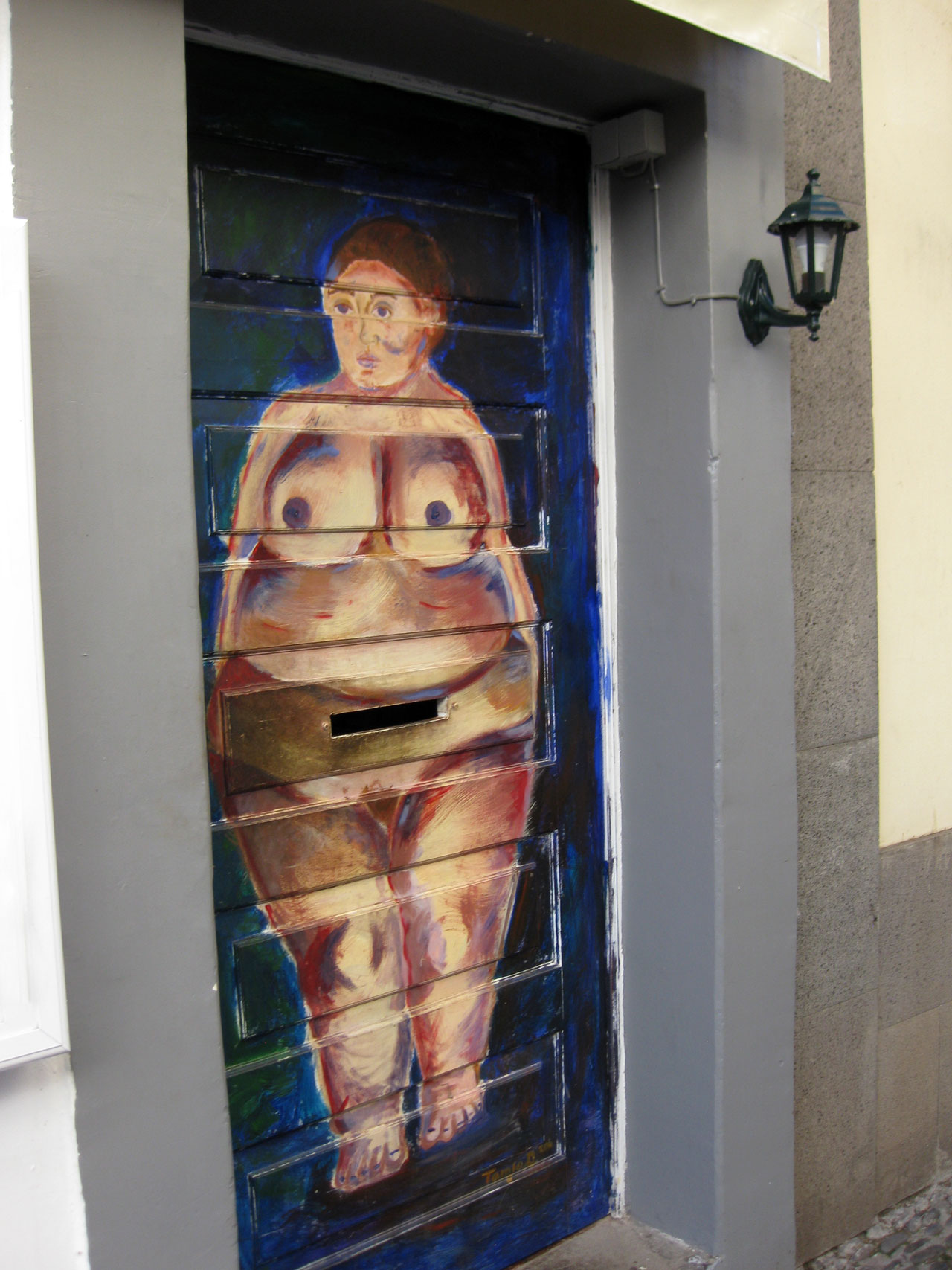 Not far from the western end of Rua de Santa Maria is the Mercado dos Lavradores, a covered market of vivid colours where locals come to stock up on essentials and tourists such as myself come to gawp and get ripped off. On the ground floor, women in traditional Madeiran dress stood at counters spilling over with flowers; on the next floor up, my eye was drawn to the stalls draped with fiery red chillis and all manner of unfamiliar tropical fruits. Gullible and overly polite young man that I am, I somehow ended up being guilt tripped into purchasing a bag of dried fruit that I didn’t really want, and left the market €12 poorer and rather confused as to what had just happened. 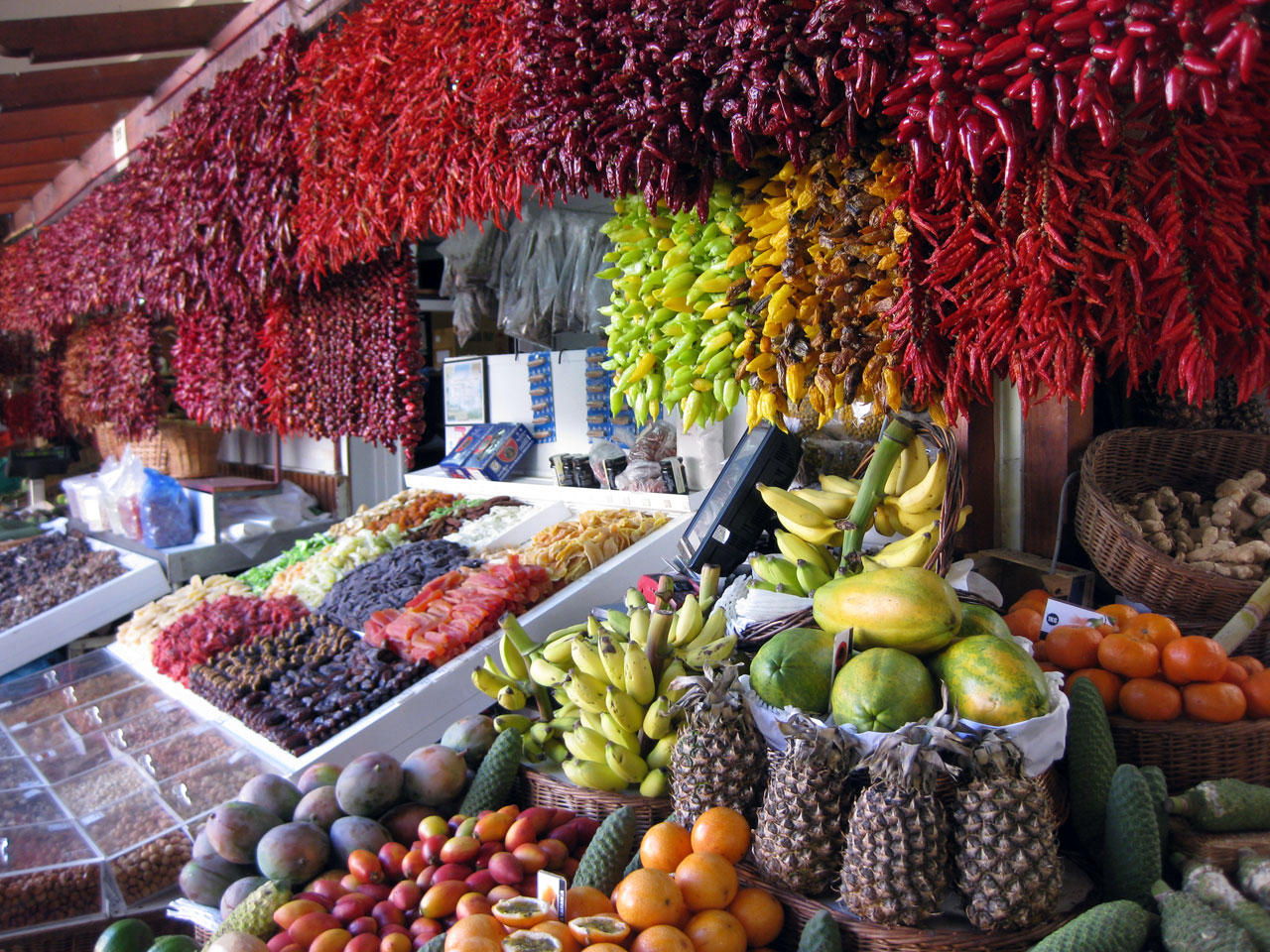 Back outside the streets bustled with locals on their lunchbreak, while under-employed taxi drivers stood around playing cards and puffing on cigarettes. I noticed a few posters from the recent elections still clinging to walls or fences, many of them adorned with the hammer and sickle of the Portuguese Communist Party, a symbol that always seems a little jarring when I see it in a western European country. Portugal’s economy was badly affected by the global economic crash, and its politics seem to be moving in the same direction as those of fellow strugglers Spain and Greece; a few days after my visit the unpopular centre right government collapsed, toppled by a coalition of anti-austerity parties after just 11 days in power. 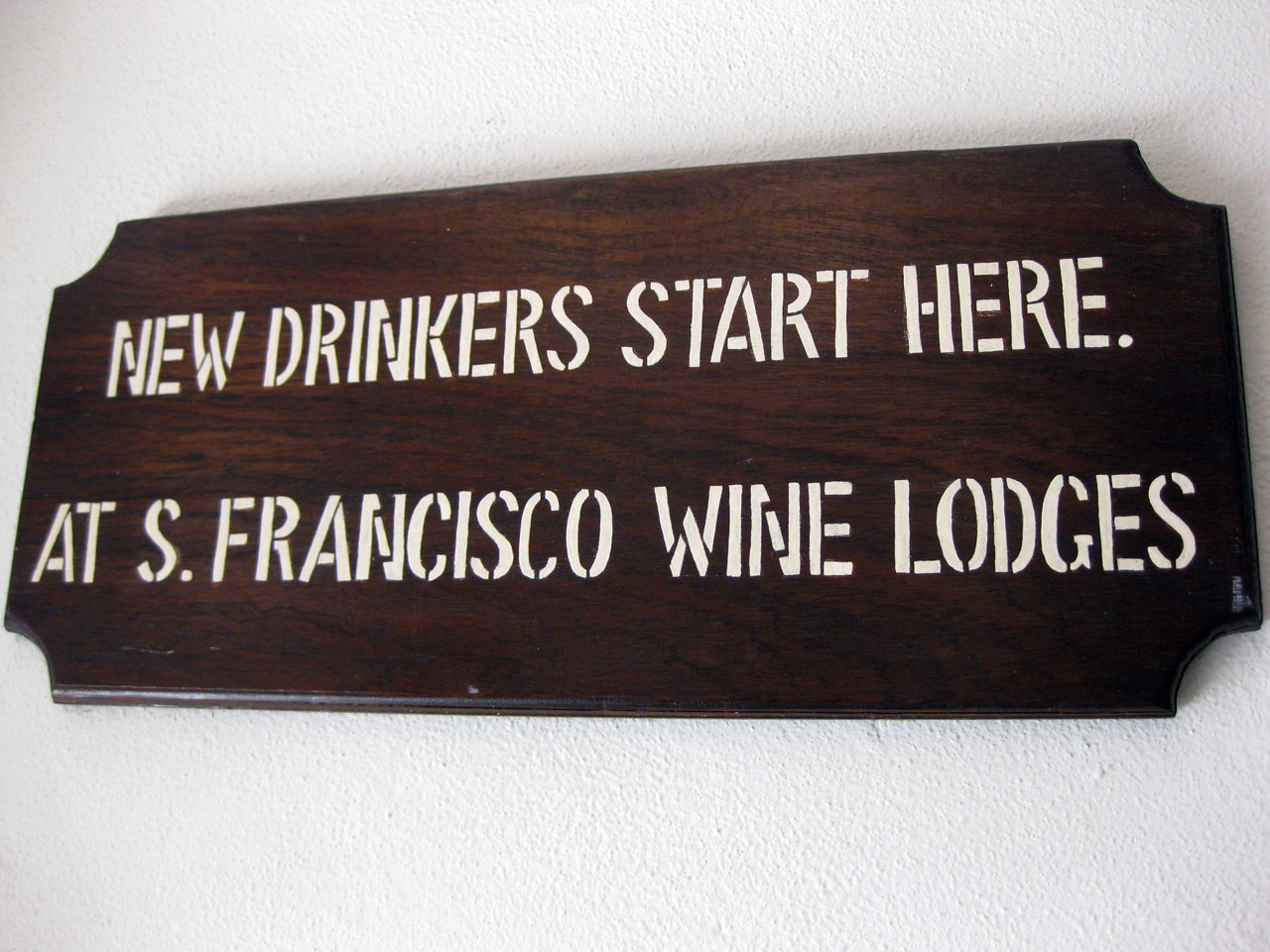 The economic medicine the Portuguese have had to endure over the last few years may have been bitter, but Madeira’s most famous export is anything but. At the Blandy’s wine lodge we sampled the famous Madeira wine, in both its sweet and dry varieties. The wine industry on the island dates back to the 15th century, and developed in the days when ships used to stop here on the way to and from the Americas and the East Indies. The wine was fortified to stop it spoiling at sea, and the resulting tipple tastes a lot like sherry. 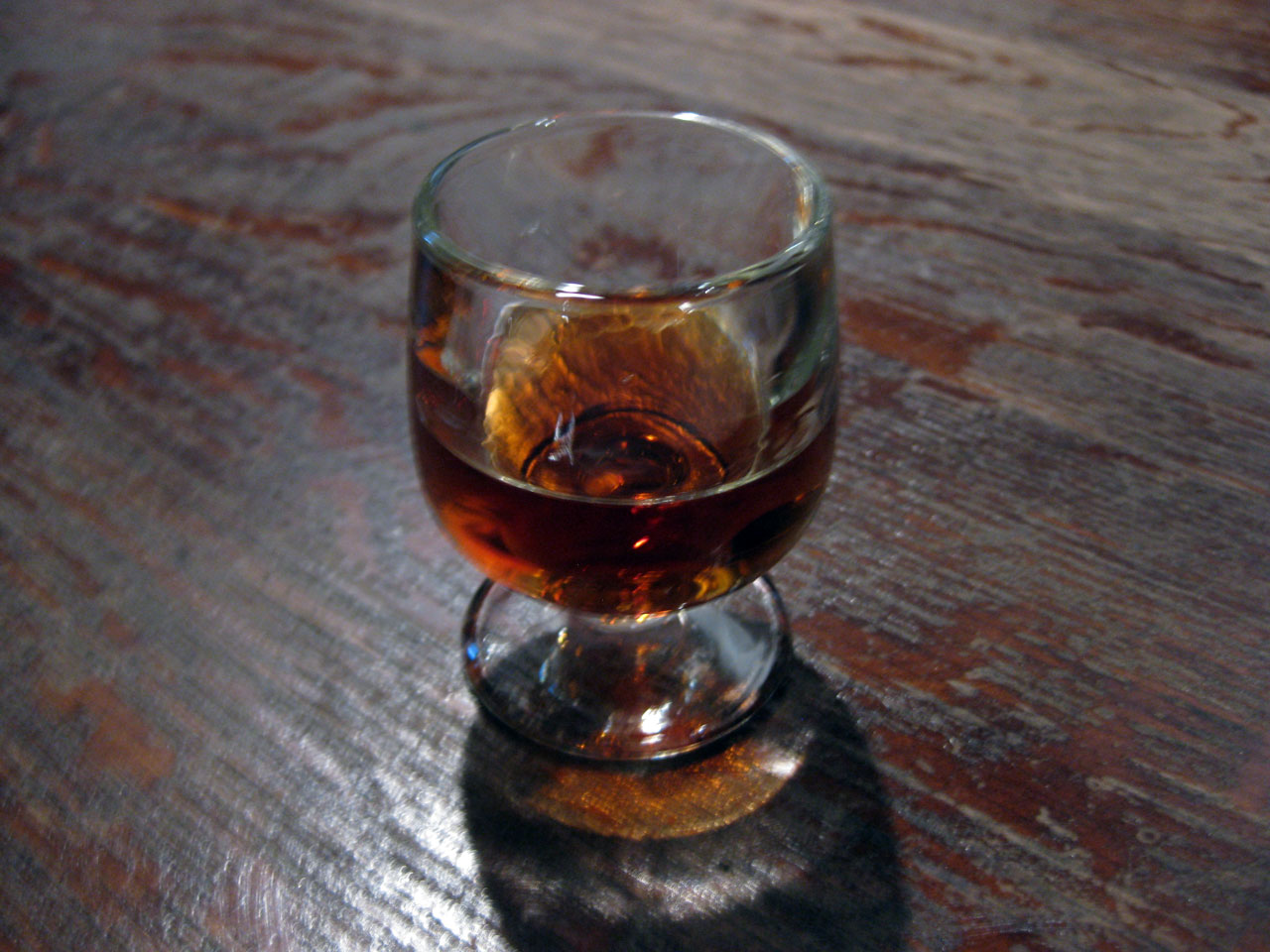 Enlivened and emboldened by a few glasses of the local vinho, there’s one activity that no visitor to Funchal should miss out on. From the cable car station by the port we were lifted up over the terracotta roofs of the city, treated to a dazzling view of the bay as we climbed towards Monte high up in the hills. We then made our way to the embarkation point for Madeira’s most famous mode of transport, the wicker toboggans that fly back down the hillside, piloted by two athletic chaps dressed all in white. 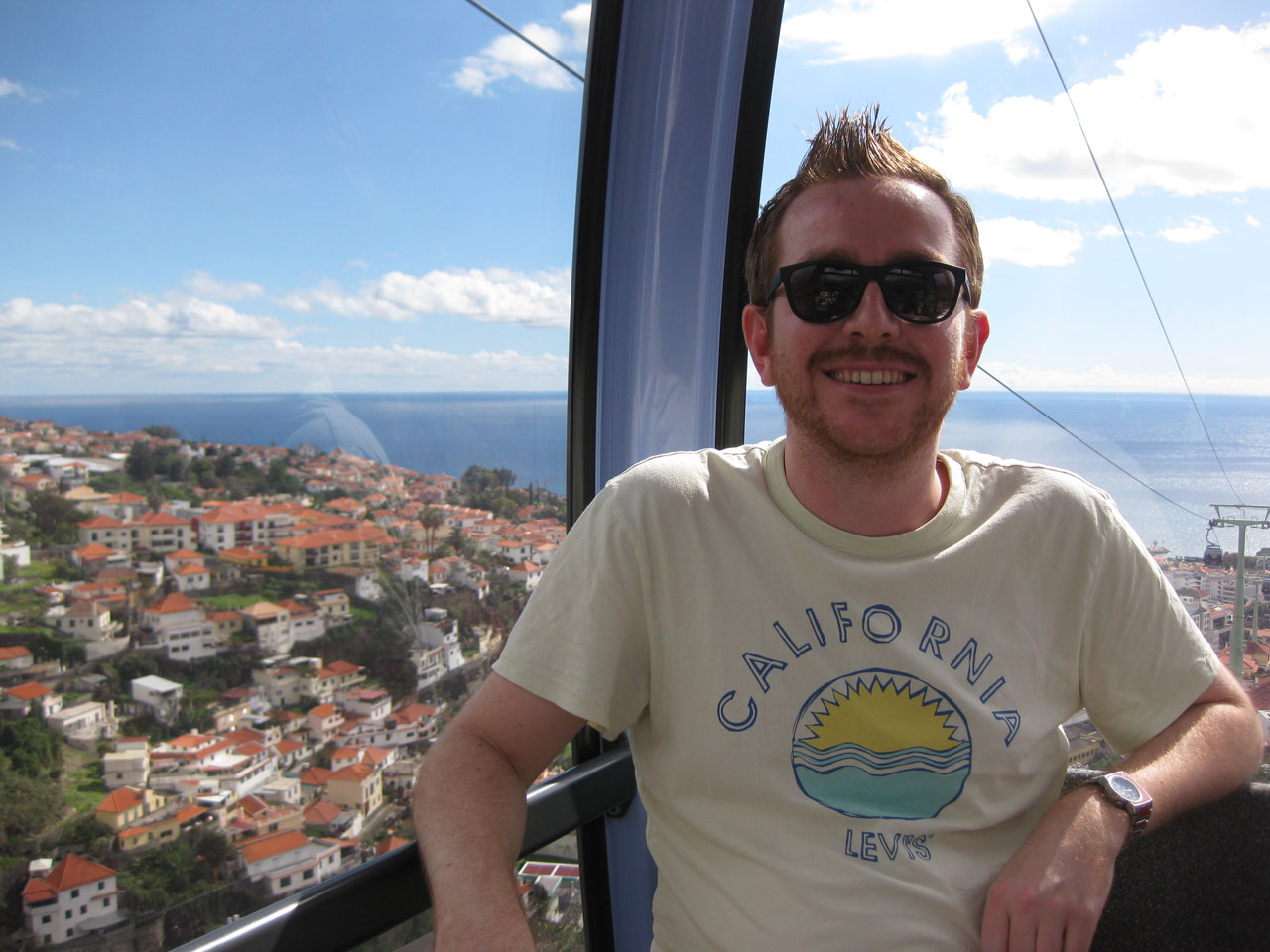 This unusual way of getting from A to B originated in the 1850s as a way of transporting goods (and people) quickly from Monte down to Funchal, though these days it’s mainly for the benefit of tourists. It’s also a slightly more sanitised experience than it once was, with the route now mostly shut to traffic; according to one Madeiran I spoke to, it used to be rather terrifying, since there was always the chance that you might be splattered by a car. These days it’s a safe but still pretty exhilarating ride. The two ‘drivers’ run ahead of the toboggan to start with, pulling you down the hill faster and faster, until sufficient velocity is achieved that they can both jump on the back, using only their rubber-soled boots for braking and steering. 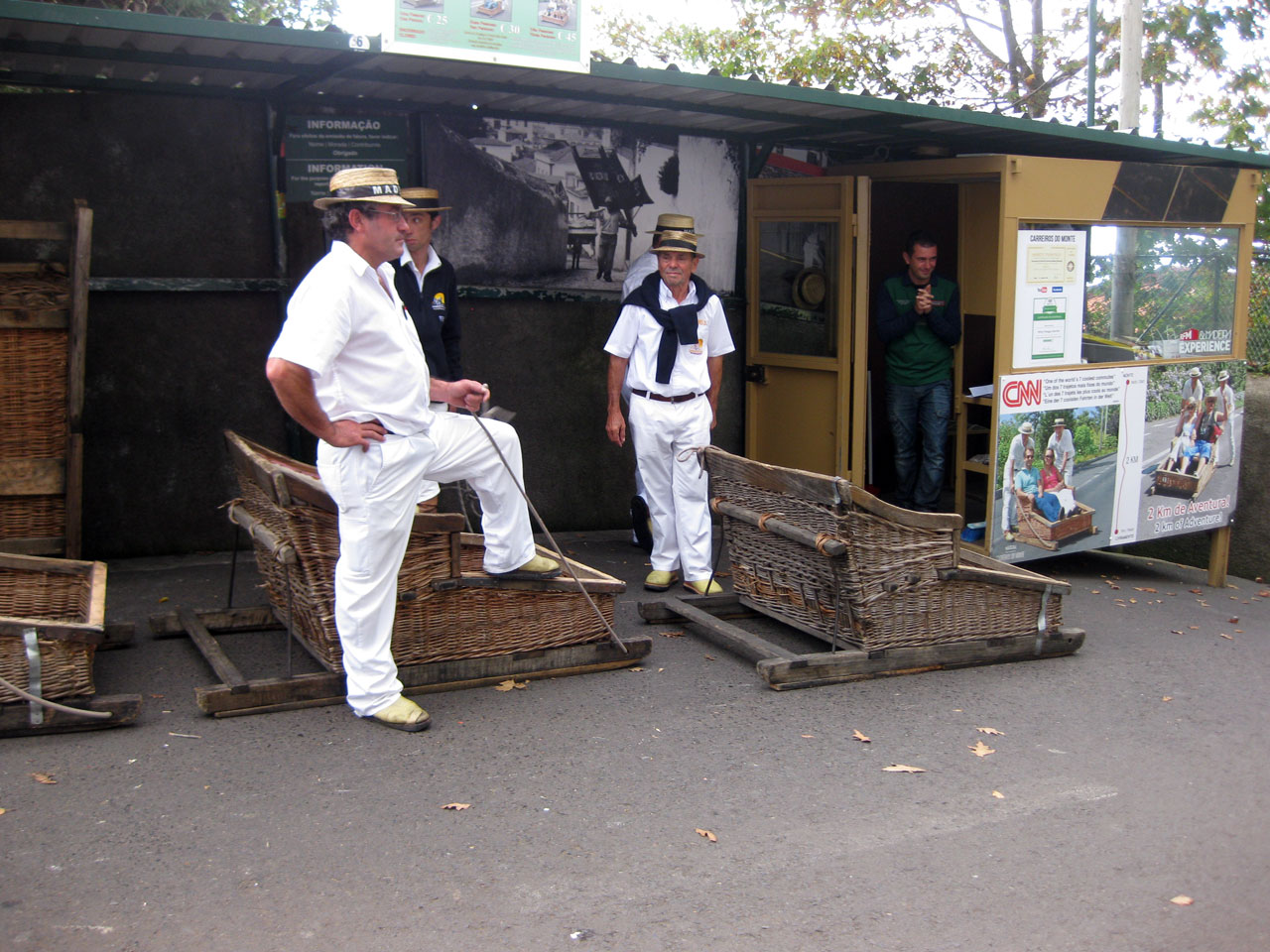 You zip along remarkably quickly considering that the runners are flat wooden rails, with no wheels, and the ride terminates about halfway down the hill. From the end point you can either walk the rest of the way down the steep streets into Funchal, or take an extortionate taxi ride. We opted for the lazy and expensive option, and our driver, a Portuguese George Clooney lookalike, told us how he rides the toboggan himself once a year, always on the same date. When we asked him why, he shrugged his shoulders.

“It has become my tradition.”

My visit to Madeira was brief – I was only there for a day, as part of a work trip – but I’d love to go back. Maybe I’ll return next year, on a sunny 2nd November, and ride the toboggan again. Maybe it will become my tradition. 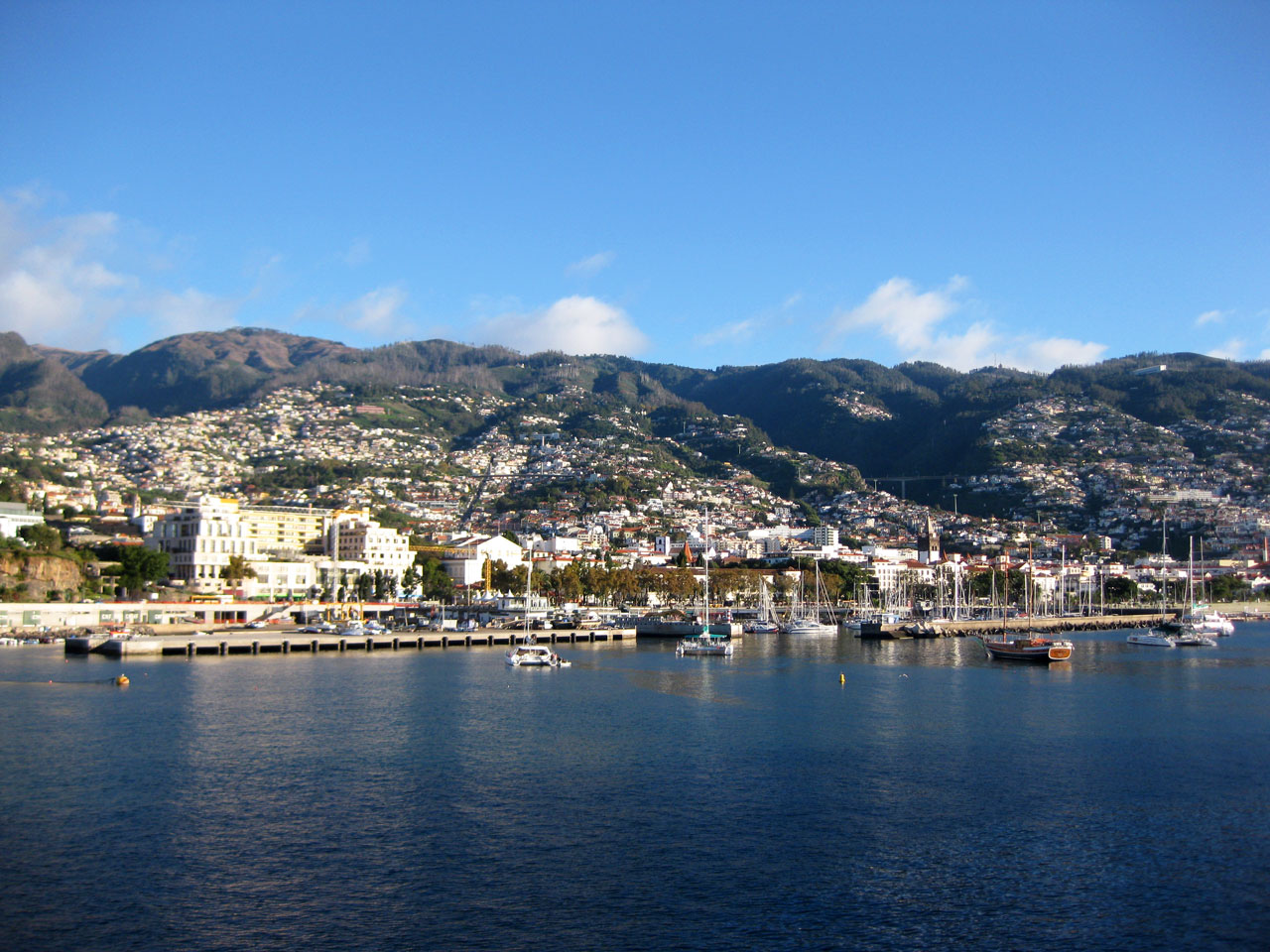 I rubbed the sleep from my bleary eyes as our taxi driver, unfeasibly chirpy for six o’clock on a Monday morning, fired yet more questions at us. “What about the basilica, did

La Palma, one of the lesser known Canary Islands, seems at first glance as if it must be a piece of the Caribbean that’s come loose, a wayward isle that has somehow