Although the last week of January is perhaps a little late for a ‘Best of 2014’ article, I nevertheless thought I’d share a selection of the best travel books that I read last year…

The Way of the World
Nicolas Bouvier, 1963 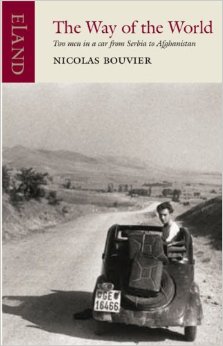 The Way of the World chronicles the journey of a young Swiss traveller, Nicolas Bouvier, and his companion, the artist Thierry Vernet, from Geneva to the Khyber Pass in the 1950s. Much better known in the Francophone world than it is amongst English speakers, it has sometimes been compared to Kerouac’s On The Road, though for me the world described by Bouvier is far more intoxicating. I came across this book while I was looking for inspiration for our trip to the Balkans last summer, but it was the passages covering Turkey and Iran that really captured my imagination. Bouvier’s descriptions of the perilous drive across the Anatolian plateau and a bitter winter holed up in the Azeri city of Tabriz, in northwest Iran, are incredibly evocative, not just of the places described, but of the era in which these two travellers passed through in their battered old Fiat. 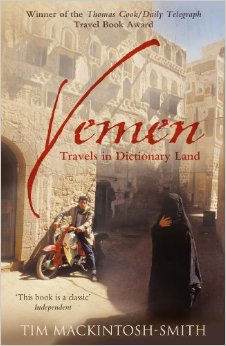 Yemen is a place that has fascinated me for a long time. The beautiful tower-houses of the capital, Sana’a, the otherworldly island of Socotra and the rich history of Aden should make this one of the jewels of the Middle East, but instead the security situation is so fraught that travel to Yemen remains largely the preserve of the intrepid or the foolish. Mackintosh-Smith, a Bristolian by birth, has lived in Sana’a since 1982, and this book is a love letter to his adopted home. It’s part travelogue, part Yemeni history lesson, and I love the way he writes, interweaving his modern day travels with a litany of stories about the many eccentric characters who have shaped the history of Arabia, such as the terrifying Imam Ahmad, who had two of his own brothers beheaded and was prone to gorging himself on Heinz Russian Salad. I’ve read a couple more of his books since this one, and he has a real talent for bringing the human side of Islamic culture to the fore, whether it’s farting shepherds, *qat-*chewing Sana’anis or cave-dwelling hermits. 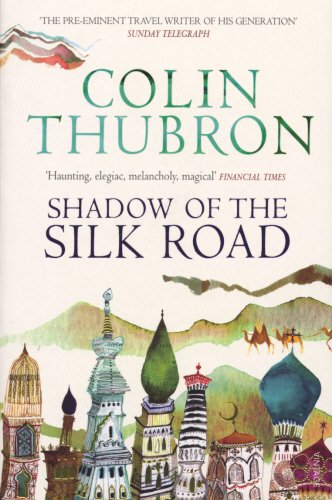 Colin Thubron is widely venerated as one of the titans of contemporary travel literature, but this is the first of his books that I’ve read. I’m currently planning a trip to Central Asia later this year, so I sought inspiration in Thubron’s journey from Xi’an to Antioch along one of the ancient trading routes that made up the old Silk Road. While at times his writing can be a little dense and verbose, where he really excels is in the sympathetic portrayals of the many characters he meets on his travels, and the way he evokes the drama of the scrapes he gets himself into. The description of the long slog across the unremittingly bleak Taklamakan desert is reminiscent of Cormac McCarthy at his savage best, while a near-death experience at the hands of a drunk driver in the mountains of Kyrgyzstan leaves both the author and reader shaken up; though neither passage is quite as excruciating as his account of having root canal work done without anaesthetic in Iran, which is enough to put you off travel altogether!

Which books inspired your travels in 2014? Let me know in the comments below…

It’s probably fair to say that most people arrive in Tirana with low expectations. Dismissed by many guidebooks as dusty and dilapidated, with little in the way of tourist sights, the Albanian

Albania is a fascinating place, quite unlike anywhere else I’ve been in Europe. Having suffered years of isolation and hardship under a particularly harsh dictatorship, nowadays this friendly country is rapidly developing