“What’s up bitches, who’s ready to cook some meth?”

It would have been a jarring welcome had it come from Jesse Pinkman himself; as it was, delivered in the plummy voice of a white, middle class English girl, the words sounded utterly ridiculous.

Although Breaking Bad has been over for some time, there are still plenty of people working their way through the DVD boxset, and such is the continued interest in the show that the initial tranche of tickets for ABQ London, a Breaking Bad-themed pop-up cocktail bar in Hackney Wick, sold out in three days. 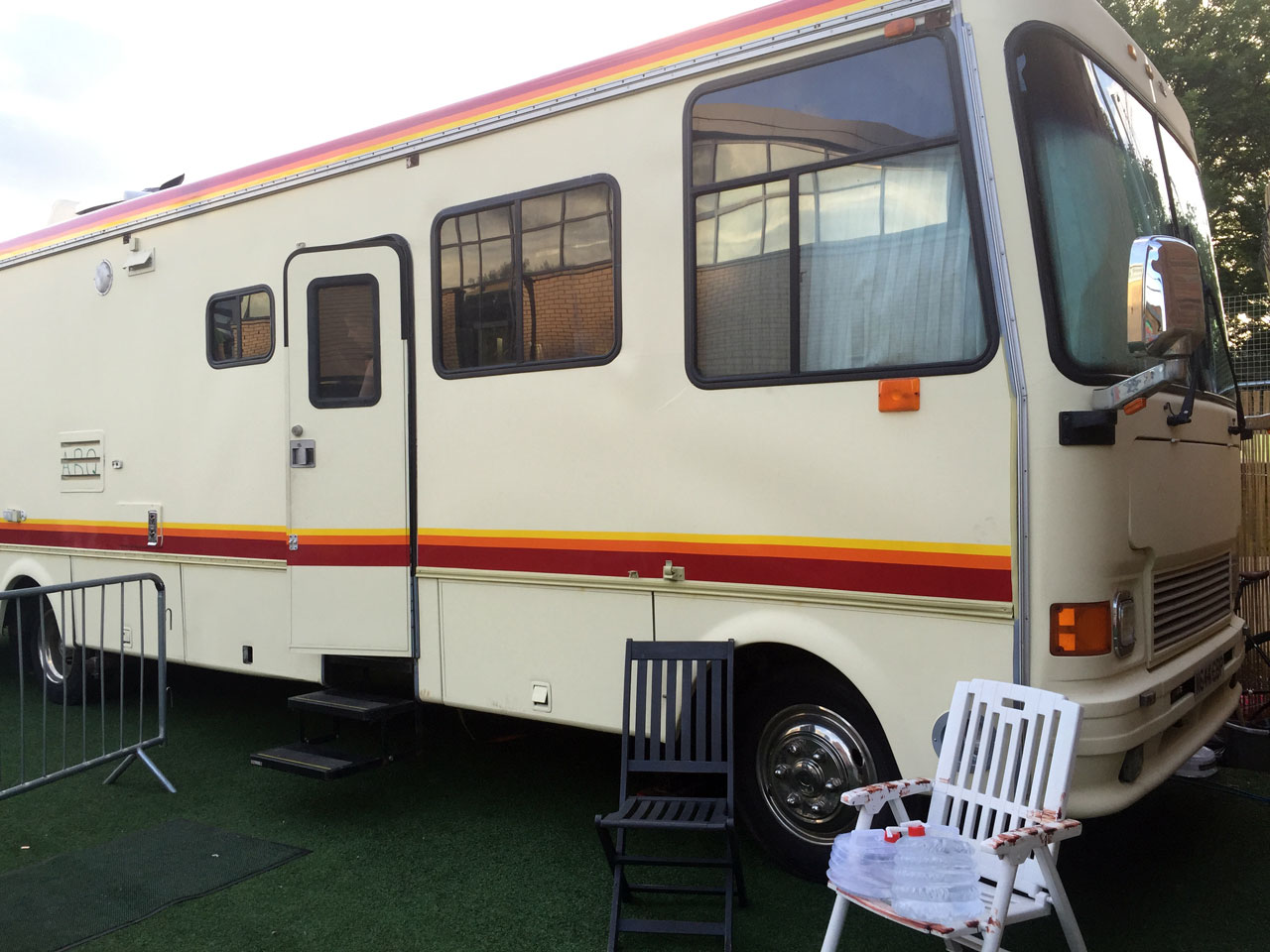 I’ll be honest with you, I thought Breaking Bad was a very good show, but perhaps not fully deserving of all the superlatives that were doled out by the critics. I thought it peaked around the end of the third series (don’t worry I won’t give away any spoilers), and I found the ending a little unsatisfying. In my opinion it would take an awful lot to surpass The Wire as the ‘best TV show ever’, and Breaking Bad fell a fair way short. I’m also not particularly clued up when it comes to the latest happenings on the bar and restaurant scene in London, so it was only really by chance that I found out about ABQ when it was first announced, and decided, on an uncharacteristic whim, to get tickets.

I was looking forward to it, but a bit apprehensive too about how much ‘theatre’ was going to be involved; the word ‘bitch’ came up a lot in the marketing bumf and the emails from the organisers, and I was already pre-emptively cringing at the thought of being stuck in a van full of awful people endlessly quoting the show, all in homemade costumes; or worse, having to participate in some kind of lame role-playing exercise where I had to call everyone a bitch.

As it happened, they got the balance about right. Aside from the aforementioned welcome, which was a little laboured, the theatre was kept to a minimum, and the other punters present inside the RV all seemed to be characterised by the same awkward, embarrassed Englishness that I felt coursing through my body like high grade crystal meth. 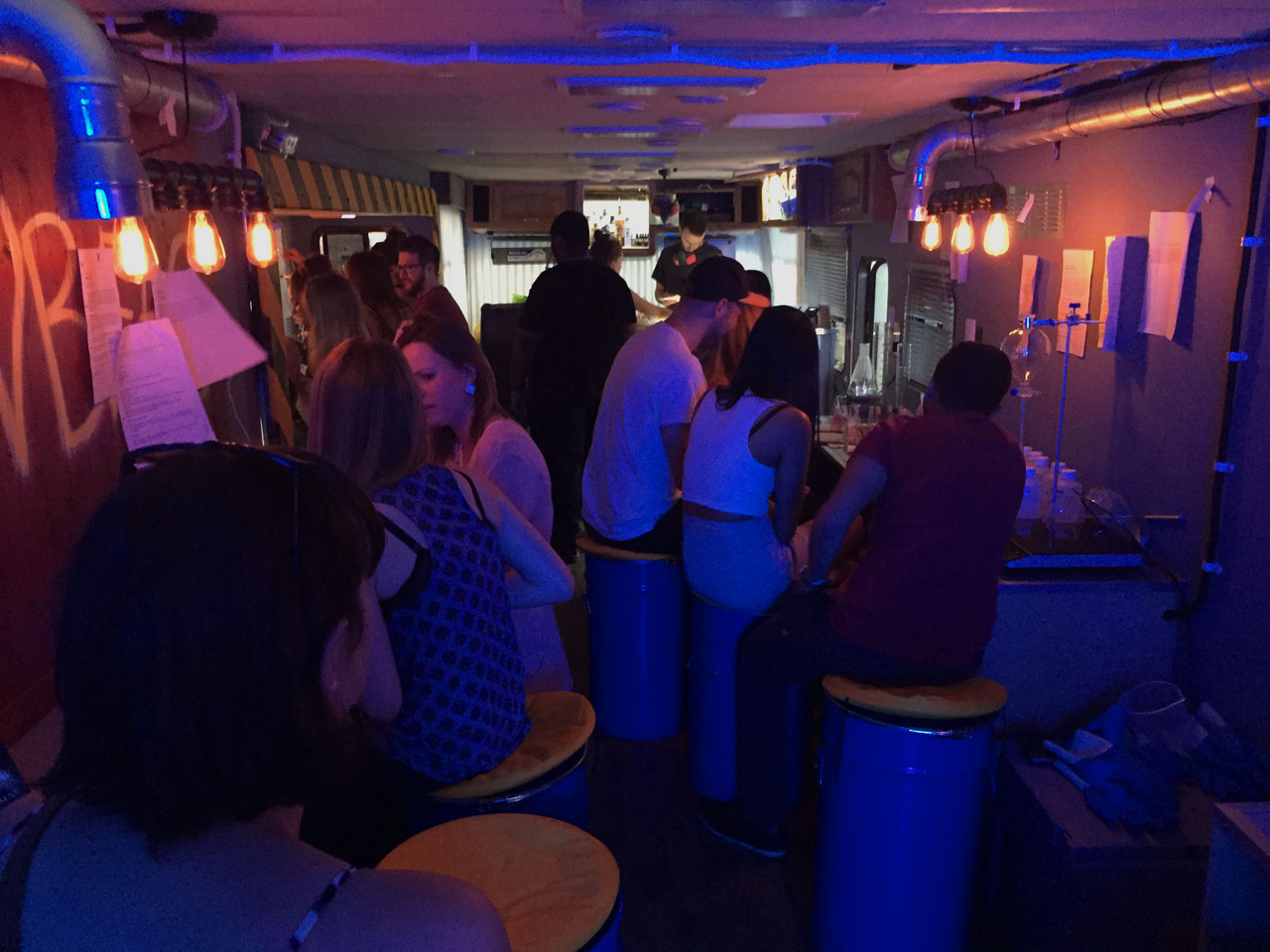 Clearly a decent amount of money had been spent on decking out the inside of the RV, complete with a leering vision of Walter White at one end. There were nice little details scattered around too, such as the mutilated pink teddy bear and the book of Walt Whitman poetry lying on the table. The main thrust of the evening was the mixing, or ‘cooking’, of the cocktails that we would then drink. We were split into teams of four, and each member of the team was assigned a stage in the production line. My job was to grind up popping candy, sugar and citric acid in a pestle and mortar, while Polly had to use nitrogen gas to infuse a slug of rum with pink peppercorns and rosehip. Our team mates then stirred all this into a sort of frosty mulch, which billowed smoke thanks to the addition of copious amount of dry ice. It looked great, though I wasn’t overly taken by the end product, a sort of blue slush served in a Petri dish that tasted pretty much exclusively of rum. 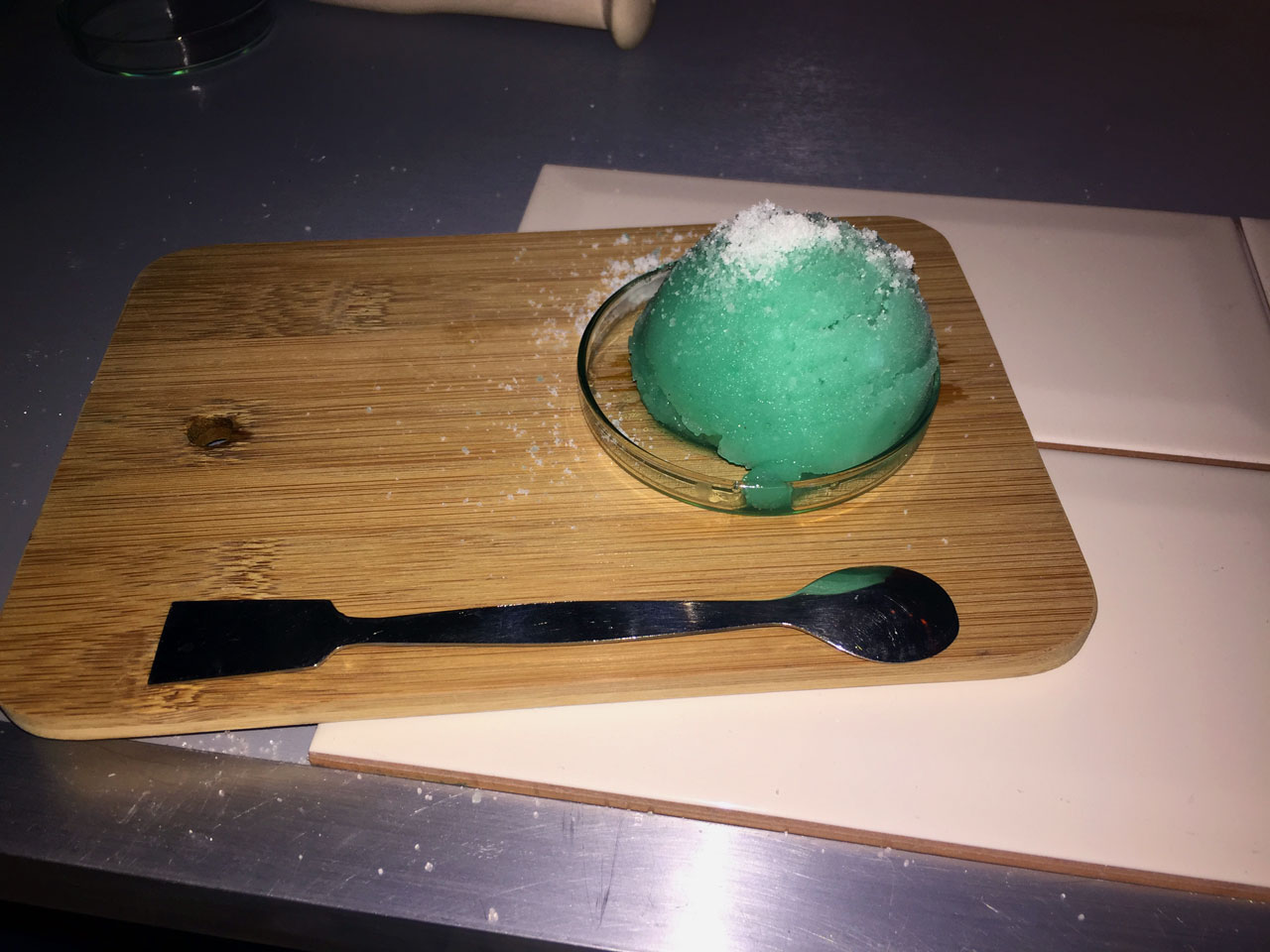 Once we’d finished slurping on our boozy blue ice, we got to try a cocktail that one of the other teams had made, a pink concoction distilled through an elaborate set of apparatus involving various tubes, bowls and funnels. This one was served in an Erlenmeyer flask, with a sort of sugary garnish chopped up to look like lines of cocaine. It was a little bit nicer than the blue slush, and again pretty heavy on the booze, though still not something I’d really choose to drink again.

But then I don’t think the taste was really the point; the entertainment came from the ‘cooking’, and we did stumble out of the van after two hours feeling nicely drunk. Overall it was a fun evening, even if, like the TV show, it didn’t quite live up to the hype. And I didn’t have to call anyone a bitch. 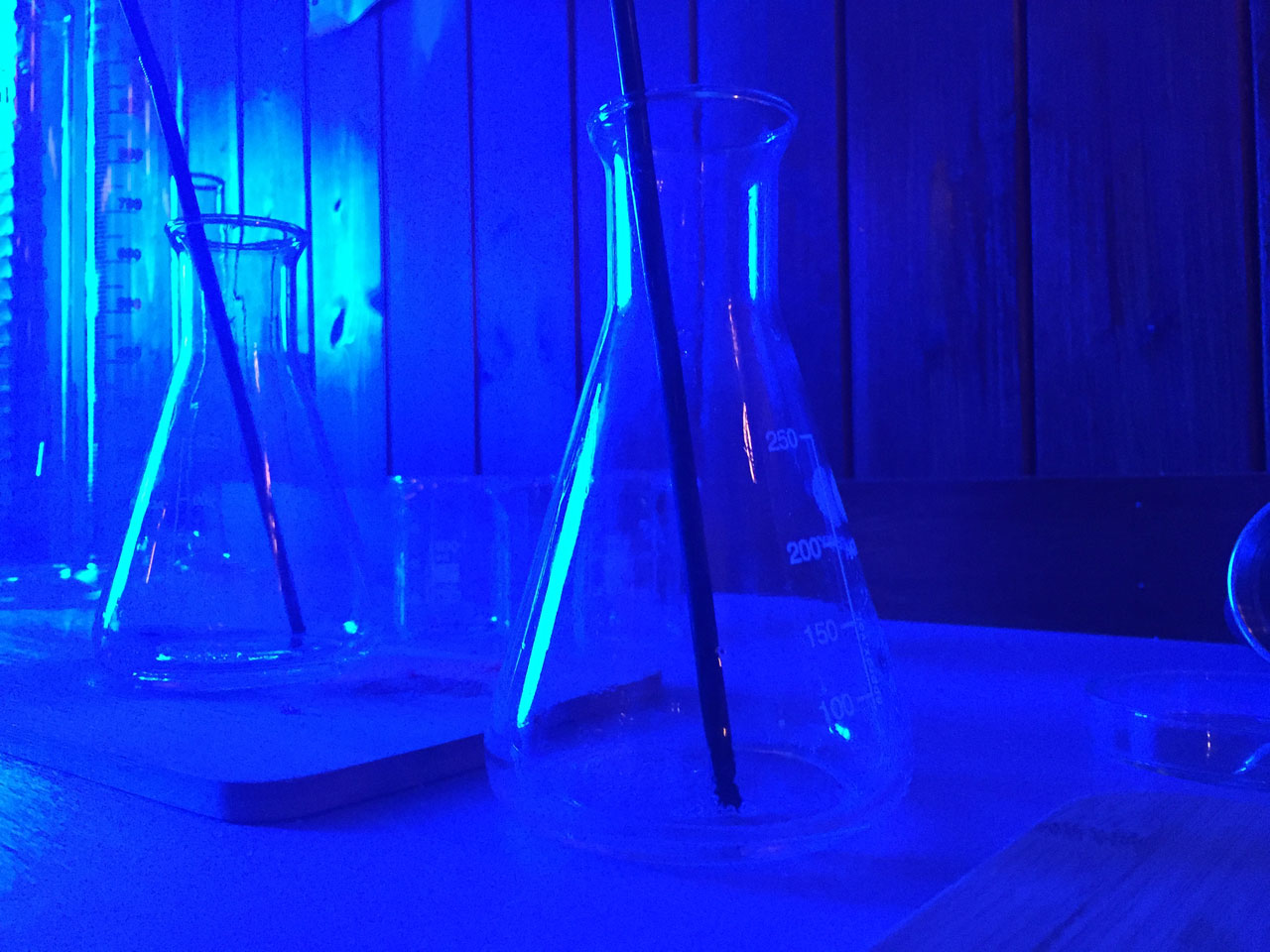 The sun-baked city of Khiva sits between two bleak and inhospitable deserts, the Kyzylkum and the Karakum. As you approach the city limits the rusty brown sand begins to sprout unlikely patches of

I was five years old when the Berlin Wall fell, and in the years since I’ve seen bits of the wall all over Europe: outside the European parliament in Brussels, in a

Not Here
—
ABQ London: Cooking up cocktails in Hackney Wick
Share this